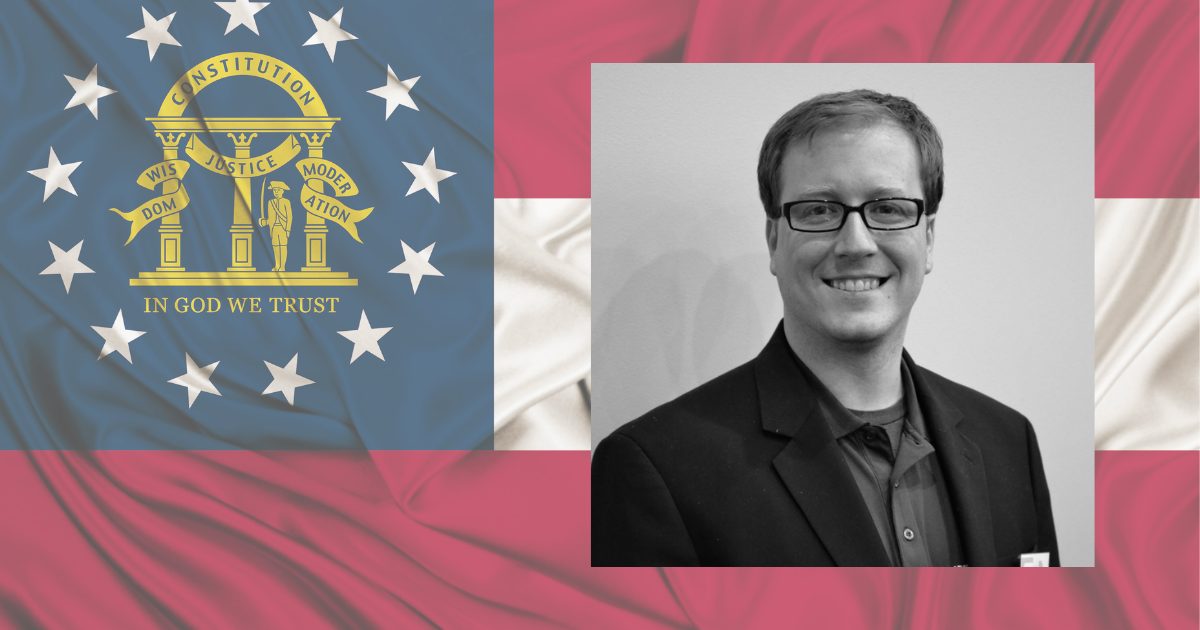 Ryan Graham announced Monday that he is running for Lt. Governor in Georgia on the Libertarian ticket.

The 36-year-old IT Project Manager is running the statewide race on a wide range of issues, prioritizing criminal justice, education, health care, and election reforms. He’s also Chairman of the Libertarian Party of Georgia.

The two old parties have not lived up to the expectations of the voters, and continue to ignore policy issues important to Georgians.

State government wants to create ‘solutions’ but instead create unintended consequences that are often worse than the original problem. That’s why his campaign slogan is “Strike the Root” – he intends to go after root causes of social issues, rather than try to treat symptoms, which solves nothing and invites both abuses of power and bureaucratic waste.

Two-thirds of Georgia public school students don’t read ‘proficiently’ for their grade level, and have fallen even farther behind during the pandemic.

“The priorities of bureaucracies are very different from those of children and families,” Graham said. “We’re spending more money than ever, administering more tests, assigning more homework, requiring more hours, and none of it has improved outcomes. It’s time to do something fundamentally different, not just more of what we know doesn’t work.”

Graham is especially critical of standardized testing, which he says does not truly measure student aptitude or learning.

Research shows high-stakes testing actually damages long-term learning by encouraging ‘teaching to the test,’ and neglecting harder-to-measure but more meaningful outcomes. The state has large, costly contracts with companies who create and score those tests, and Graham believes that money could be better spent on things that serve students, like innovating curricula to support students’ strengths and aspirations. A father of a school-age daughter himself, Graham wants more choices for all Georgia’s students.

Graham’s candidacy calls for major reform into what he calls government overreach into the private lives and choices of citizens, especially as a response to COVID-19.

“Number one, no vaccine mandates,” Graham is quotes saying. “The decision to receive a vaccine is between an individual and their healthcare provider; no government has the authority to make that decision for you.”

The Libertarian candidate’s views on personal autonomy carry over to the War on Drugs, where government’s insistence that it can control people’s choices has led to far greater social consequences than drug use itself. He believes Georgia should decriminalize drug possession and legalize cannabis, as other states have done. Ending drug-war-era abuses of power (including militarized police, no-knock raids, and the seizing of property by police without any criminal charges or convictions), he says, will restore basic civil liberties Georgians have lost.

As a third-party candidate, Graham pays special attention to methods incumbents use to keep alternatives off the ballot and away from voters’ attention. He promotes a slate of reforms, including fair ballot access laws, ranked choice voting, and hand-marked paper ballots to replace Georgia’s easily hacked and manipulated voting machines.

“I want there to be more choices that represent more Georgians,” Graham said. “If independents and minor parties are not actively blocked from ballots, and the voting rules are fairer, more people could actually vote FOR someone who represents them and not just against the other guy.”