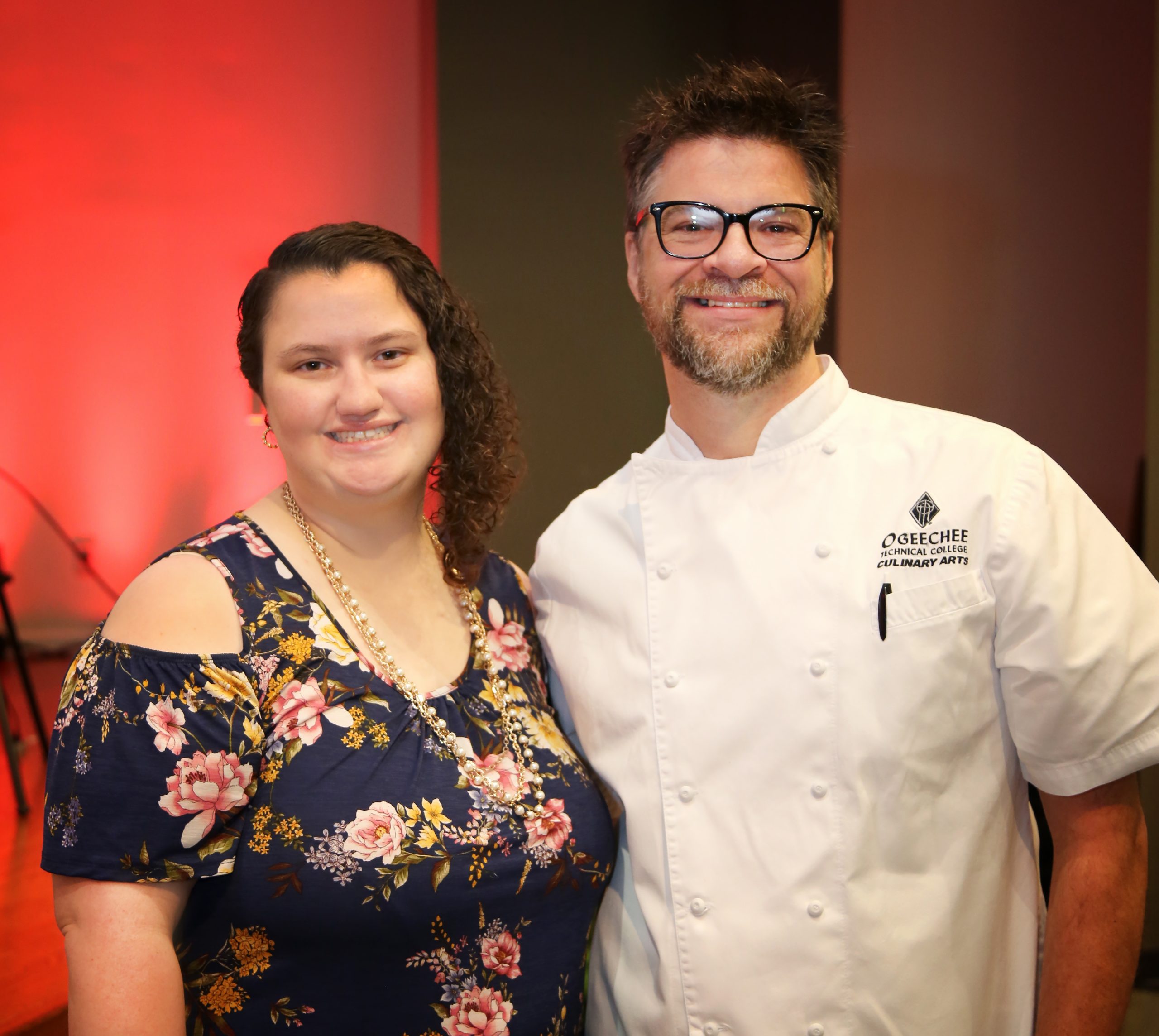 “I’m grateful to Cindy Phillips and also the OTC Foundation for supporting me during the GOAL competition,” said DeLoach. “Without them, I wouldn’t have been able to make it to state I appreciate everything they have helped me with.”

Seated in the Joseph E. Kennedy auditorium in front of friends, family, and OTC faculty and staff, DeLoach heard her name called as 1st runner up by TCSG Commissioner Greg Dozier over the broadcasted virtual ceremony.

DeLoach competed at the regional level against students from six other technical colleges and was announced one of nine finalists across the state in early May. In her state competition speech, she told the story of how her dad and mom ignited her love for cooking and baking.

“I would spend hours each week in the kitchen with (my dad), listening to him talk about growing up in the kitchen next to his grandmother… most days the only time I could talk to him was during supper preparations. I started helping him cook meals as soon as I was able, which spilled over into me trying baking,” said DeLoach. “I instantly fell in love with baking, and it became my first hobby and passion.”

DeLoach explained that the first cake she ever made was for her mother’s birthday and her mom said it was “the best cake she’d ever eaten,” and declared she would never buy another cake again.

For DeLoach, cooking was about more than feeding people, but bringing them joy and making them feel special. “I would bake for anyone who would let me – anything to give back to people, and make them feel loved,” she said. “I am confident that pursuing my education at Ogeechee Tech has prepared me fully to achieve my dreams, and become the person I wished desperately to be when standing next to my dad in the kitchen as a child.”

Bryan Richard, OTC’s Culinary Arts instructor, nominated DeLoach for GOAL and praised her tenacity, “Miranda is not one to withdraw from a challenge, either academic or personal. She completes what she starts and never lets difficulty get in the way. Her combination of leadership, academic accomplishment, and individual character set her apart as a top student in the state.”