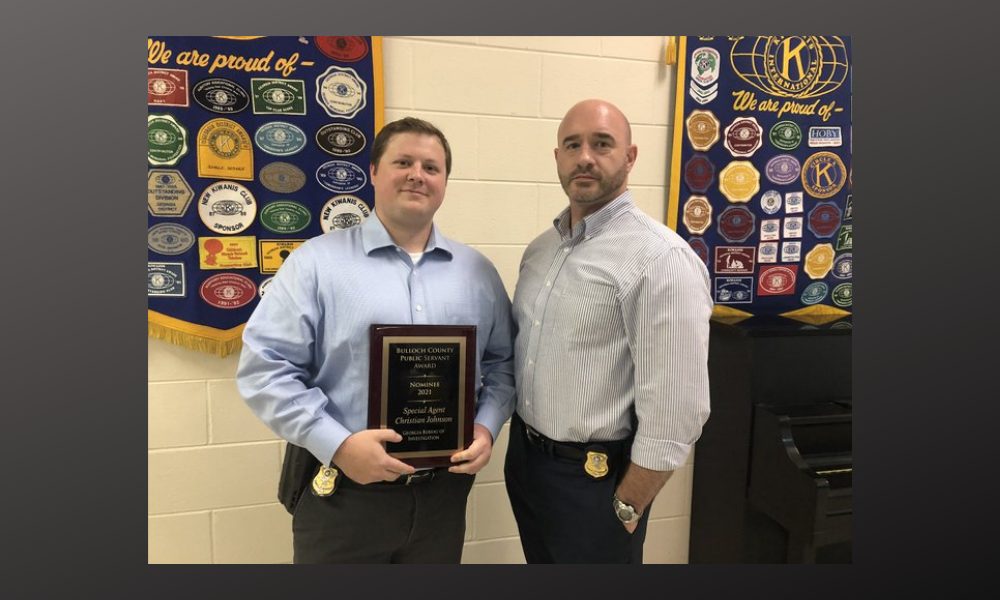 An agent with the Georgia Bureau of Investigation’s Region 5 Office was recently nominated for the Bulloch County Public Safety Award.

Special Agent Christian Johnson was chosen as the GBI nominee for the local award meant to recognize those who go above and beyond to keep the community safe.

The GBI Region 5 Office covers a number of counties in the region, including Bryan, Bulloch, Candler, Chatham, Effingham, Evans, Jenkins, Liberty, Screven, and Tattnall. Johnson is also the lead agent investigating the botched murder for hire case planned from inside a Georgia prison which left an 88-year-old Glennville man dead. The case has since been tied to another murder in Wayne County.