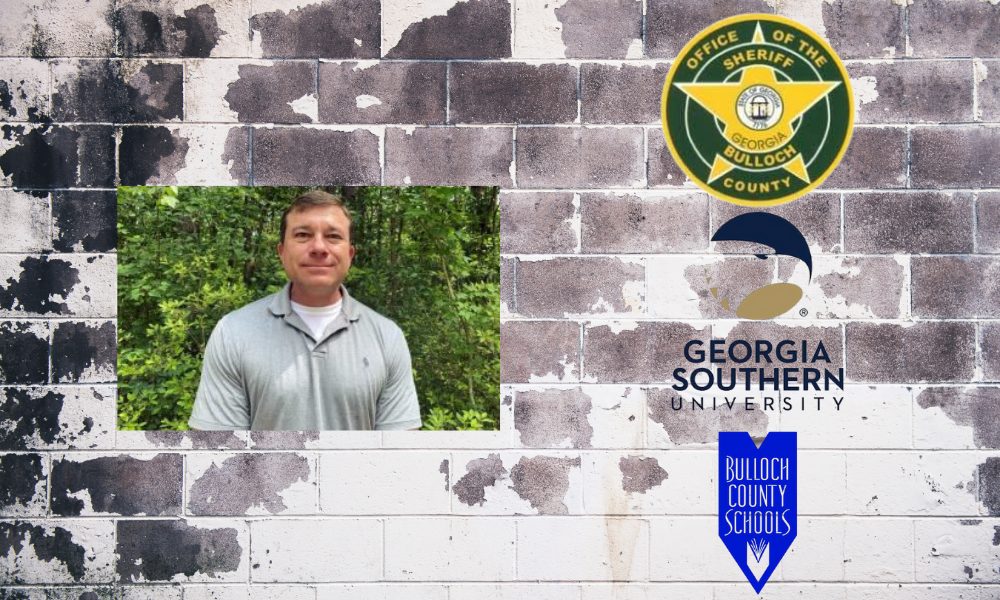 Statesboro born-and-raised, Jason Long is a name that locals might recognize from his 23 years of experience in local law enforcement.

When plans to enter the military didn’t pan out after high school, Long attempted college for a few years at Georgia Southern University, but his heart and mind weren’t in it, and he quit. He worked in the University’s Department of Parking and Transportation before realizing a desire to work with public safety.

Long attended the Georgia Police Academy and started his law enforcement service with the University’s Police Department before moving to the Bulloch County Sheriff’s Department where he spent more than 20 years serving Statesboro and Bulloch County.

“My last eight to nine years, I was in criminal investigations,” Long said. “I had special training in crime scene and fingerprint identification, and also in forensic interviewing of children. It just got to the point that I couldn’t do it any more. Every day I came into the office, I saw children on their worst day. It can make you feel real negative real quick.”

However, law enforcement was all Long knew. It wasn’t until a media specialist at a local school, Joni Aycock, asked a simple question that he realized there might be another option for him.

“With my background in crime scene investigation, I would go every year to Mill Creek Elementary and do a weeklong project with the kids called Mystery Week,” he said. “We would teach them about crime scene work and looking for fingerprints. During a conversation with Joni one day, she said ‘Why don’t you teach?’ and the more I thought about it, the more I realized that the weeks I spent at the school were some of the best weeks I had in law enforcement.”

Long returned to Georgia Southern at the age of 45 to earn a bachelor’s degree in middle grades education with concentrations in history and science.

“I walked into class, and everyone thought I was the professor,” Long said.

But once he started his education classes with the middle grades class of 2021, Long fit right in.

“It might have been a lot harder if I had not had the group of students I was with,” he said. “We’ve been real close the last two years. We all talk to each other regularly. If someone has a problem, if someone is upset, if someone needs something as simple as a ride or a meal, we’ve taken care of each other.”

That’s not to say, however, that the group doesn’t give Long a ribbing from time to time.

“They get their jokes in,” he said, laughing. “They have had their dad jokes, and they get their jabs in. But for the most part they treated me like everyone else. Some of my classmates would come over and eat with me, my daughter and wife. It gave them a family here while they were away from their homes.”

For Long’s final teaching placement, he served as an 8th grade social studies teacher at Southeast Bulloch Middle School in Brooklet, Georgia, where he has accepted a full-time position starting this fall. Looking back, Long says he has no doubt he made the right decision.

“During the last part of my career, I dealt a lot with high schoolers who, by the time they reached me, had already made choices that were going to negatively impact their lives forever,” he said. “I felt that with middle schoolers, I could start helping earlier to catch them at an age where I could help the ones who needed to be helped.”

As Long graduates this week, he also hopes to explore coaching during his teaching career.

“With teaching and coaching, I am still serving the community like I was during my career with law enforcement,” said Long. “But now, I get to interact with children to create a positive atmosphere, and it’s so rewarding.”