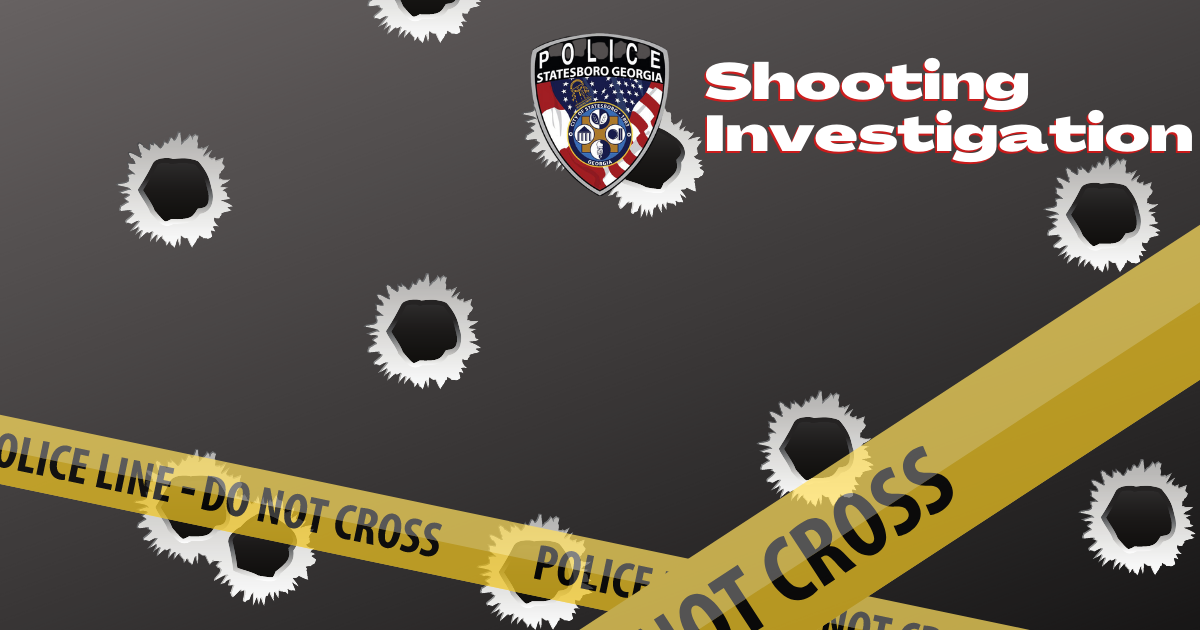 The Statesboro Police Department is investigating an Aggravated Assault from over the weekend while simultaneously working to dispel rumors circulating on social media about the same shooting.

The agency says patrol officers and detectives responded to 111 South Apartments on Rucker Lane around 6:15 p.m. on Saturday evening. The call was for shots fired.

Upon their arrival, officers observed shell casings, damaged vehicles, and a ground floor apartment with a shattered window.

A 21-year old male was dropped off at East Georgia Regional Medical Center shortly
thereafter with a non-life-threatening gunshot wound to the ankle. He was subsequently interviewed by detectives, treated, and released.

Rumors on social media regarding the response of a SWAT team and of the death of the victim are absolutely incorrect.

Detectives spent hours processing the scene and accessing the complex’s video surveillance cameras, which are networked into the Fusus system. 111 South was the first major apartment complex to share their video surveillance with SPD using Fusus, and it has proven exceptionally useful. The entire incident was captured on video surveillance and individuals provided detectives with several cellphone videos and statements of their observations.

Detectives have developed several suspects and are attempting to confirm their identities at this point.

Anyone with information on this case should contact Senior Detective Eric Short at 912-764-9911 or submit an anonymous tip to tips@statesboroga.gov.