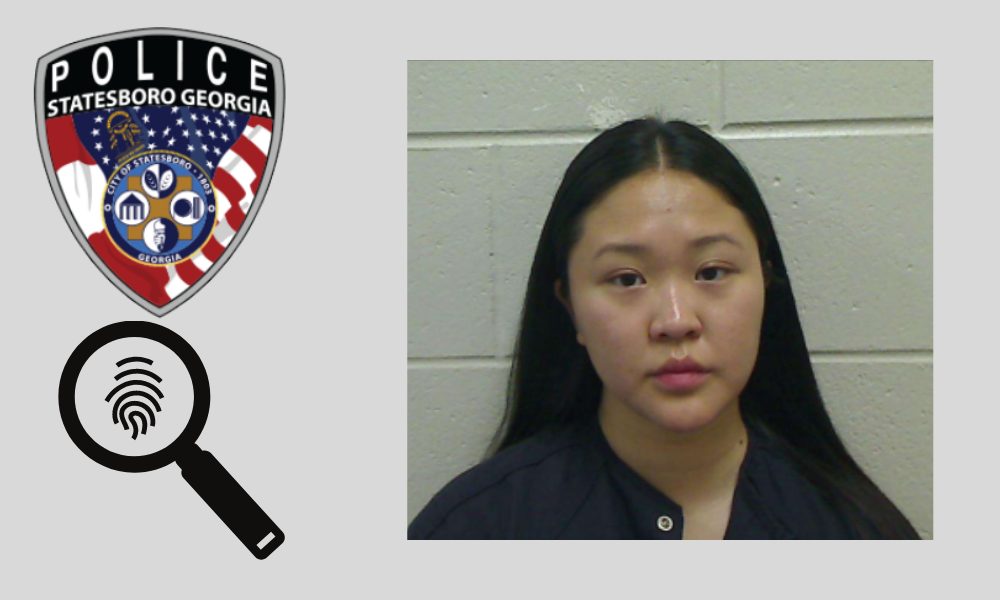 The Statesboro Police Department has arrested an individual in relation to an incident on April 21.

Patrol officers responded to a local restaurant on South Main Street just after 10:00 p.m. on April 21 after a call came in about a female who had entered the premises and threatened a number of employees with a handgun. According to the agency, the female suspect became irate at the wait to enter the business and pulled a handgun, pointing it at the hostess and pushing her physically. The suspect then pointed the firearm at other employees of the establishment before leaving.

SPD says Detective Reese was assigned to the case and worked to obtain video surveillance of the incident and the suspect’s movements leading up to and following the incident.

“This included use of a set of cameras currently linked into the new Fusus Real Time Crime Center. Community tips contributed to the investigation and Detective Reese was able to identify the suspect as 21 year old Grace Eun Hae Lee of Ludowici, Ga,” the agency said Thursday.

Warrants were issued for Lee’s arrest and she was taken into custody with the assistance of the Long County Sheriff’s Office.

Lee was transported to the Bulloch County Jail where she remains pending further judicial action.

Anyone with information on this case should contact Det. Reese at 912-764-9911 or submit an anonymous tip to tips@statesboroga.gov.