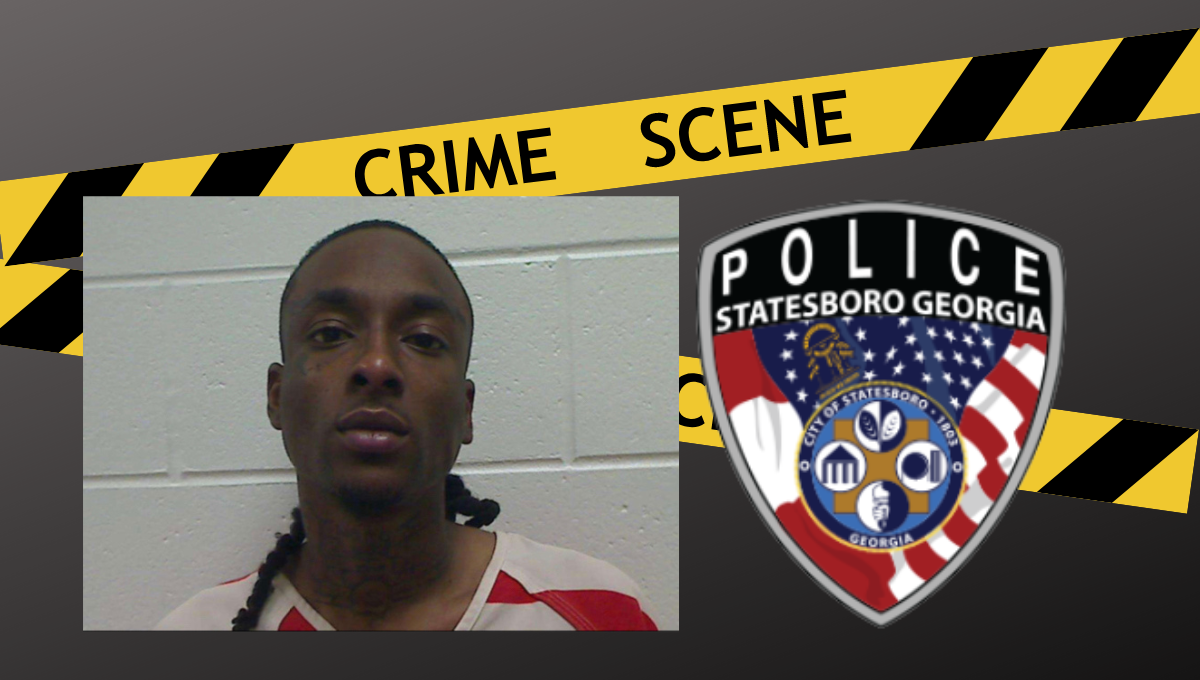 An arrest was made over the weekend related to a shooting incident at Eagle Court Apartments on Lanier Drive, Statesboro Police said Monday.

Officers were dispatched to the community just before 12:30 a.m. on August 13. Upon their arrival, officers located shell casings, damaged vehicles, and observed damage to one of the apartment buildings.

While searching the area for any potential victims, officers located 24-year-old Tyjuwan Jenkins of Sylvania and confirmed that he had been at the scene of the shots fired.

Jenkins was found uninjured, but police say he was “in possession of a firearm with drum magazine.” A subsequent search of his vehicle, abandoned at Eagle Court, revealed a quantity of marijuana as well.

Detectives interviewed Jenkins and determined that he was a convicted
felon for offenses ranging from aggravated assault to theft. At the conclusion of the
interview, Jenkins was charged with:

The search for the other parties involved continues.

Anyone with information on this case should contact Senior Detective Eric Short at 912-764-9911 or submit an anonymous tip to tips@statesboroga.gov.