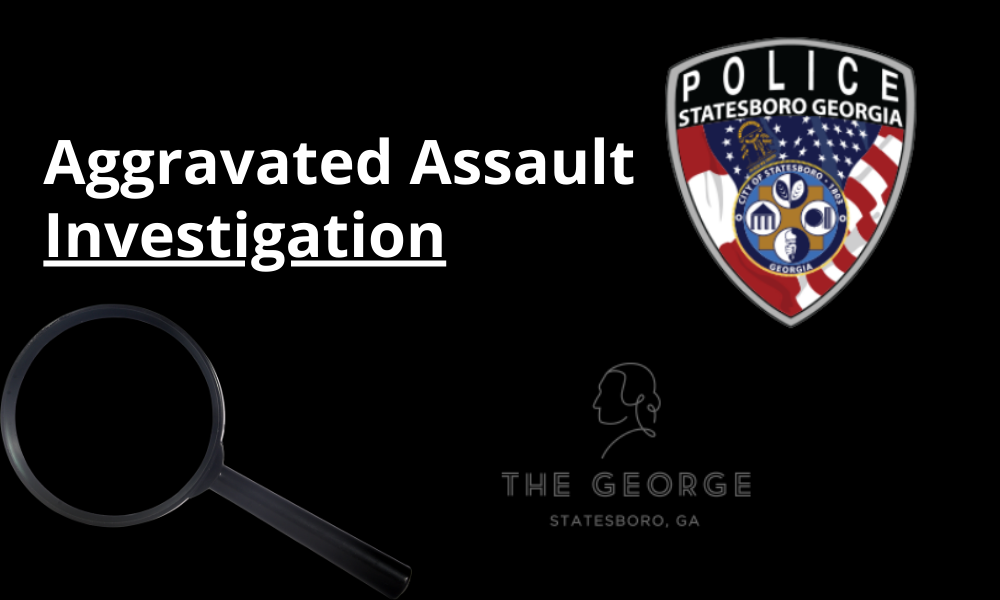 The Statesboro Police Department is asking for individuals with information on a weekend aggravated assault to come forward and assist detectives.

Authorities say patrol officers responded to The George Apartments around 3:00 a.m. on March 14, 2021 after receiving information about male shooting victim. When they arrived on the scene, officers located a 24-year-old male victim, who was from Sylvania. He was suffering from multiple gunshot wounds and was subsequently transported to Memorial University Health in Savannah where he remains in stable condition.

Police say a number of individuals were present at the time of the shooting, but none were on the scene when police arrived.

“Undeniable evidence suggests that there were multiple witnesses present at the time the victim was shot.  None remained on scene however.  It is imperative that these witnesses come forward and provide their observations to detectives,” the agency said in a press release Monday.

Anyone with information on this case should contact Senior Det. James Winskey at 912-764-9911 or submit an anonymous tip to tips@statesboroga.gov