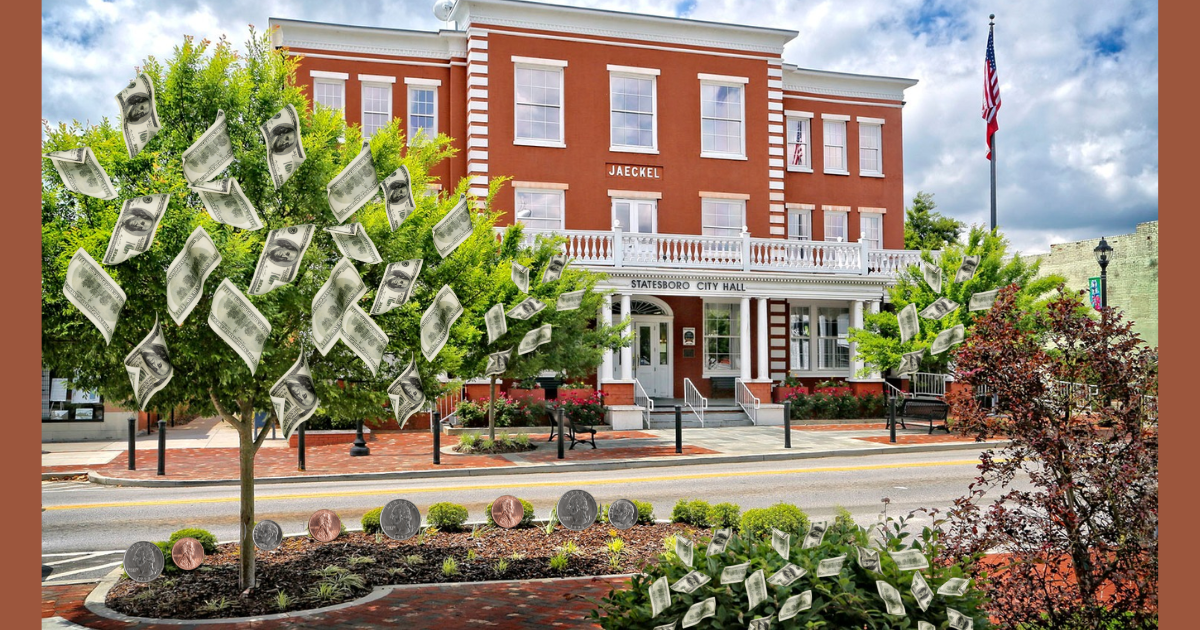 The following information is based on the FY 2023 proposed budget for the City of Statesboro. The complete 276-page budget can be found on the city’s website.

The budget for the City of Statesboro is approximately $87 million when accounting for general fund expenditures, SPLOST, water & sewer accounts, and other restricted funds.

A little less than 25% of the total budget is General Fund Operations.

The city anticipates employing 343 employees across departments. FY 2023 accounts for 2 new police officer positions – a patrol officer and a detective. There are no other personnel additions in any department other than ‘Central Services’ which:

Additionally, compensation and benefits proposals include a 4% pay plan adjustment due to inflation, continuation of pay for performance, no increase in employee premiums, an annual employee bonus of $500, and to add Good Friday as a holiday.

Creation of the Children’s Zone Project

This idea was brought forth at the council retreat earlier this year. Essentially, churches and other entities would ‘adopt a zone’ and coordinate volunteers to deliver services on academics and literacy with the idea of ‘bettering the workforce,’ retaining good people, and ‘reducing the footprint as it relates to crime.’  Funding for a program manager was sought with a $120,000 budget for establishing the program, interns, and some start up services.

The complete budget for the Governing Body is below.

The complete budget for the City Manager is below.

Information on the operations of the Police Department and their performance measures can be found at the bottom of the article.

City Manager Charles Penny reported to council that 25% of the city’s total value for real and personal property is non-taxable. Penny told council that between the City, the County, and the Board of Education, the City has the lowest tax rate – an understandable point given that the others serve a larger population across a larger area.

The City is also expecting a combined ~$392,500 in revenue from liquor sales – either wholesale, retail, or package and another $225,000 in alcohol license fees. An additional $7,500 in ‘Alcohol Related Citations’ is budgeted outside of other municipal court fines and jail fees.

City Manager Charles Penny asked council members to consider a millage rate increase. “If there is not one this year we would be faced with one next year.”

When asked how much would be needed, Penny was not clear.

Penny cited ‘the increase in personnel cost and the proposed increase for next year’s budget’ as the reasons for the needed increase. He said a 1 mill or 1.5 mill increase may still require an increase in FY 2024. “ We would like to get the millage rate where hopefully we see growth.”

Councilmember Venus Mack stated if the City is going to continue to do great things this is inevitable and that she is comfortable with a rate increase of 1.5 or 2 mills.

Councilmember Paulette Chavers stated she is also comfortable raising the rate but that it should be done slowly.

In this article:City of Statesboro