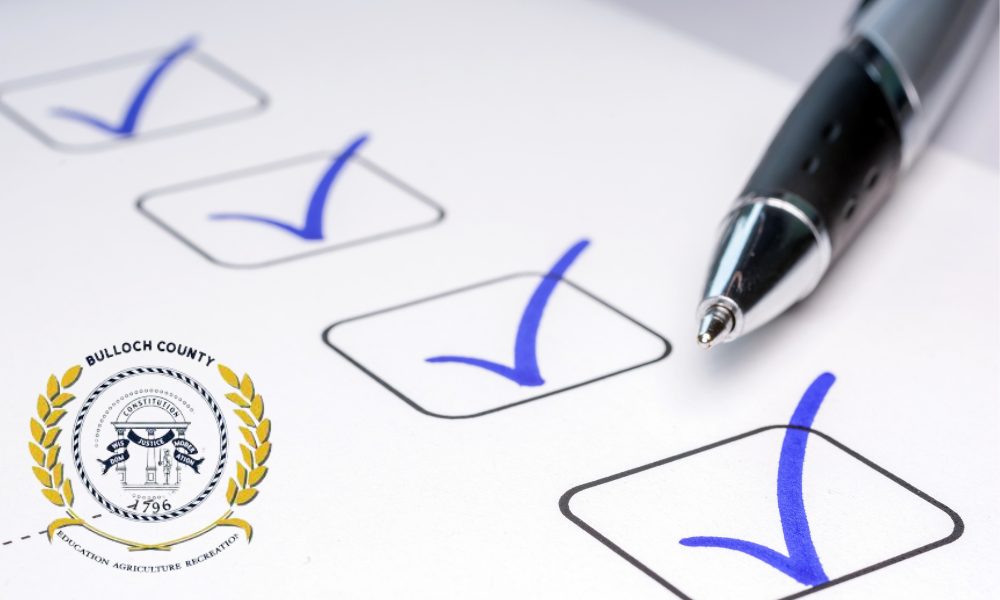 Here’s what happened during the Bulloch Commission 03/01/22 meeting.

Daniel W. and Angela K. Adams submitted an application to rezone 5.5 acres from AG-5 (Agricultural 5 acres) to HC (Highway Commercial) for the use of sales and service of utility trailers. The property is located on Hwy. 67

During Tuesday’s meeting, Tony Crosby spoke on behalf the property owner as he is the listing agent. He discussed the county’s comprehensive plan which reads out that the plan encourages entrepreneurship with commercial and industrial sites. He also noted that another property is zoned commercial approximately 200 yards from the site proposed for the Adams property prospect. Crosby closed by suggesting to commissioners that the property is too small for industrial development and unfit for residential home building.

Daniel and Kim Adams also addressed commissioners and implored them to grant the variance in the spirit of supporting small businesses.

A resident with property adjacent to the prospective property said she and her family own all of the adjacent property. They oppose the rezone because of the impact it will have on land that should be preserved ‘for the lifestyle of Bulloch County,’ per the comprehensive plan. She also expressed concerns about:

Another individual spoke in opposition asked commissioners to consider ‘what is already known,’ including:

Rushing: He said the county engineer and another county employee were at the location Tuesday and noted the driveway could be moved, if necessary and if approved by GDOT.

County Attorney Jeff Akins reminded commissioners to avoid wading into the issue of the private property concerns and easements between the two landowners.

Gibson asked if Adams planned to install his own well and septic tank. Adams confirmed he would.

Chairman Roy Thompson called for a motion to be made to move forward. After a long silence and a second request for a motion, Commissioner Jappy Stringer made a motion to approve the request with conditions recommended by P&Z. The measure passed unanimously.

The proposed price would be $250,000 homes with a green space park, paved streets, and community water.

P&Z voted 5-0 to recommend approval of this application with conditions based on the following concerns/impacts:

James Anderson spoke in favor of the application, highlighting the plans for the neighborhood.

Judy McCorkle referenced a 2007 and 2008 rezone request on a parcel just north of the one up currently. She said it was twice denied by Commissioners because the property was not suitable for the request in the same area and it was rezoned by the same property owner. Commissioners finally gave approval of the rezone in 2011, but the same developer never developed a single home in 11 years, McCorkle said.

Another landowner, McCorkle’s son-in-law, spoke against the rezone request based on the following concerns:

He also asked commissioners to confirm they did not receive campaign contributions from the developer because that portion of the zoning application was not completed.

Bill T. Akers also spoke in opposition of the land rezone. “Where do we stop with these houses? Soon you’re going to have to have a helo-pad to get out of there. It already takes a while to turn on the road as it is,” he said. Akers also emphasized his concerns about the necessary law enforcement personnel to patrol the area.

Robbie Bell was given an opportunity to rebut what the opposition said. He addressed McCorkle’s comments, saying the property was not developed after the rezone in 2011 because of the recession. “It’s only been the last 2 or 3 years that we’ve seen a really active real estate market in Bulloch County,” Bell said.

With regard to EMS and the Sheriff’s Office, Bell said, “They’re two miles down the road. I don’t see how that’s a problem.”

“I’m assuming the economy will hold up, if I had these lots today, I could sell them. But I would say I hope two years,” Bell said.

Ultimately, when Chairman Thompson called for a motion, the application was approved unanimously.

The conditions proposed are below.

The items on the consent agenda are voted on as a whole through a single motion. The agenda passed unanimously.

Motion to approve Grant Acceptance/Supplemental Agreement No. 2 with GDOT

GDOT has awarded Bulloch County an additional $946,400 to cover the increase in costs for wetland mitigation associated with the S&S Greenway Trail Extension. This award falls under the Transportation Alternatives Grant (TAP). Mitigation costs have increased significantly since the initial estimation and these funds will help in covering those costs. This brings the total TAP grant award to $1,993,000.00 with the federal amount totaling $1,594,400 and the local match totaling $398,600.00.

This item was approved unanimously.

Discussion and/or Action to consider adoption of TAD Policies

These policies and guidelines consist of how to implement applications for TAD public infrastructure assistance for projects either at the I-16/US 301 TAD, or if a new-district wide TAD is proposed elsewhere in the unincorporated areas. There is growing interest by private development in the I-16/US 301 area and elsewhere, where such activity exposes a need for best practices policies. If adopted, future consideration for a TAD Advisory Committee should be considered.

This item was approved unanimously.