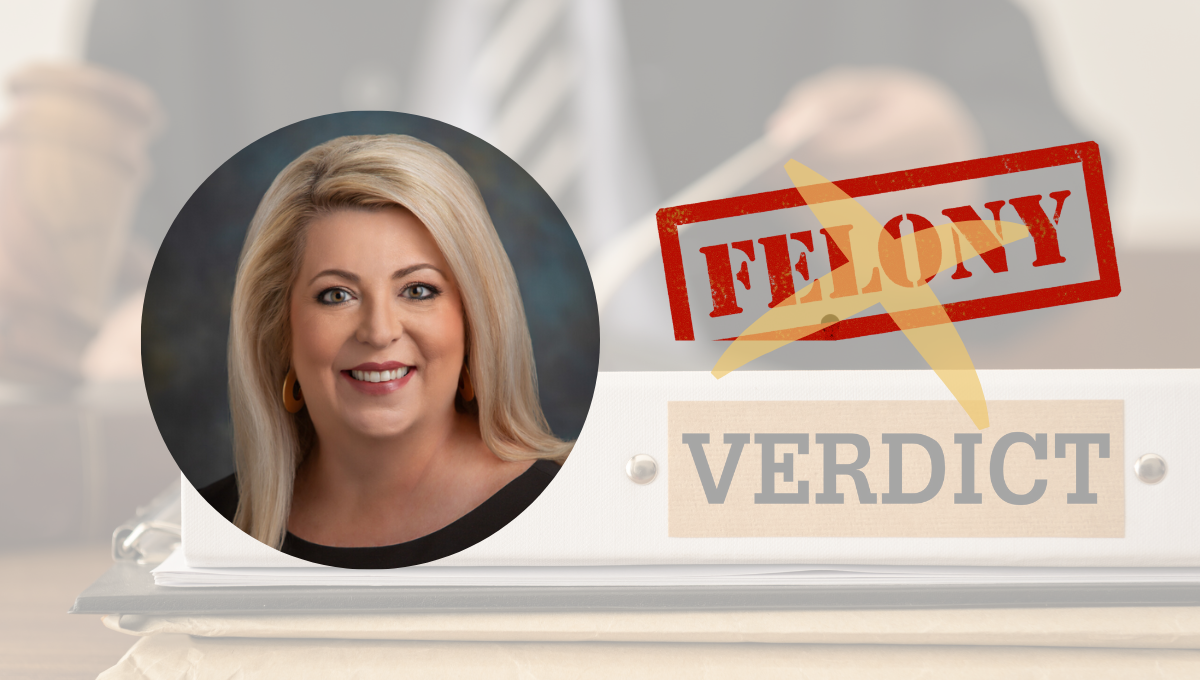 A vehicular homicide case in Bulloch County concluded in a trial Tuesday, seemingly right where it started more than two years ago.

Though Troopers, after a year-long investigation, concluded the case warranted misdemeanor charges, the case was transferred to Superior Court for felony charges at the behest of District Attorney Daphne Totten.

Tuesday usurped beyond a full day of court resources by way of a bench trial only for the judge to find the driver guilty of the initial charges and ‘not guilty’ of the charges which stalled the adjudication for years.

On September 9, 2019, 20-year-old Blake Anthony Strickland of Richmond Hill collided with Tristan Michael Clemmons. Both were traveling on Highway 67 near Aspen Heights Apartments. Strickland was in a 2014 Chevrolet Siverado in the right lane while Clemmons was on a motorcycle in the left lane. According to reports from GSP, Strickland made a left turn into Clemmon’s path, as if he was making a u-turn. Clemmons’ motorcycle then struck the truck.

Clemmons was transported to a hospital in Savannah, but tragically succumbed to his injuries the following day.

Following an investigation by the Georgia State Patrol’s Specialized Crash Reconstruction Team (SCRT), Strickland was cited for Improper U-Turn and Homicide by Vehicle in the 2nd degree, which is a misdemeanor offense punishable by up to a $1,000 fine and up to a year in jail. Warrants were sought for Strickland’s arrest due to the nature of the Homicide by Vehicle charge and he was booked and released on August 10, 2020.

However, on August 28, 2020, Mark Lanier, then-Acting Solicitor in Bulloch County State Court, filed a letter with the Clerk’s Office, in which he wrote that ‘at the request of (then) Chief Assistant District Attorney Daphne Totten,’ the case was being transferred to Superior Court.

On November 4, 2020, Totten presented the case to a grand jury, seeking a No Bill of Indictment on the Homicide by Vehicle in the 2nd Degree and a True Bill of Indictment on for Homicide by Vehicle in the 1st degree, a felony, and Reckless Driving. No additional evidence was discovered or presented. The underlying Reckless Driving offense committed by Strickland, according to Totten, was the improper U-turn.

The move by Totten from State Court to Superior Court increased Strickland’s possible incarceration time from a maximum of 12 months in jail to upwards of 15 years in prison.  (More background on the case & the charges)

Strickland’s legal counsel, Statesboro defense attorney Joey Cowart, asked for a bench trial before Judge Lovett Bennett Jr, waiving his client’s right to a jury trial. In opening statements, Cowart contended that the defense’s position was not that the crash didn’t lead to the tragic passing of Clemmons, but that Strickland’s driving behavior did not rise to the degree of ‘reckless,’ the predicate offense for making the crash a felony offense. He belabored that Strickland made a poor decision, but the u-turn was made slowly and deliberately, and that he just did not see Clemmons coming down the roadway. He asked the court to rely on the expert witnesses from SCRT and to take note of the behavior of Strickland in the video, which was captured on the Adams Motorsports surveillance footage.

The state had a different perspective. ADA Casey Blount, in his opening, told the court that the case was more than a bad U-turn, one which was ‘egregious’ and ‘reckless.’ He suggested that instead of doing the responsible thing, Strickland made a U-turn on a busy roadway, recalled events different than projected on video footage, and did not use a turn signal.

In its prosecution, the State called two Troopers to the stand Tuesday.

Sgt. Josh Riddle of the Georgia State Patrol, a SCRT Investigator with a review of upwards of 1,000 prosecutable fatalities under his belt, spent a grueling three hours on the stand. As the state’s witness, Riddle outlined the investigation from start to finish. He detailed the collection of data from Strickland’s truck, creation of scene diagrams, photos of the truck and motorcycle after the crash, and the interviewing of various witnesses.

The Court also heard a recorded phone interview with Strickland by SCRT Troopers, in which he told Troopers he slowed down in the deceleration lane, waited for a car to pull out of Aspen Heights, and watched two vehicles approaching in the opposite direction. He attested that his girlfriend, in the passenger seat, was holding his phone and giving directions because he did not live in the area and was unfamiliar with the exact location of their destination. Blount also questioned Riddle on whether or not Strickland and his front seat passenger were wearing seatbelts at the time of the crash, to which Riddle said data indicated they were not.

Prosecutors played the security footage from Adams Motorsports a number of times, with and without the narrative of Riddle. Before the end of the day, the same seven second clip of the impact would be shown upwards of fifty times.

On cross examination, Cowart’s line of questioning ventured down the conclusions of Riddle’s report, to which the state objected. ADA Blount argued that the charging decisions were not relevant and that it was similar to an arresting officer filing charges, but additional charges being added during the grand jury process. Ultimately, Judge Bennett allowed the questioning and Riddle testified that the investigation concluded with a case type of ‘misdemeanor.’ The case was turned over to the Trooper who responded to the scene, warrants were sought, and then the case was turned over to the prosecutors.

It was established during Riddle’s testimony that in the 70 feet leading up to the crash, Clemmons was traveling at approximately 52 mph while at the time of the impact, Strickland was traveling at approximately 8 mph. The speed limit in that stretch is 45 mph. At one point, Riddle referenced a witness to the crash who happened to be in the Adams Motorsports parking lot at the time of the incident. That witness, Riddle testified, told Troopers that he heard the motorcycle approaching and ‘going through the gears extremely quickly.’

While on redirect, Blount asked Riddle if his conclusions in the report were recommendations of sorts that were his opinions.

“No, it was the consensus of myself, Trooper Scott, and a third member of the SCRT at the time. It was then sent up to our Lieutenant, who also concluded it was a misdemeanor,” Riddle testified.

Cowart asked Riddle if, at the time the charges were recommended, the investigation was complete and GSP had all of the relevant information that it has today and Riddle responded ‘Yes.’

Now-retired Master Trooper Brock Scott also testified to the investigation, much of which echoed what Riddle testified. Scott also fielded questions from Judge Bennett, who asked the state to play the footage in slow motion.

The defense called just one witness Tuesday – an independent eyewitness from the crash scene. The witness testified that he was in the Adams Motorsports parking lot at the time of the incident.

The witness, a former firefighter in Screven County and motorcycle enthusiast, testified Tuesday that the sound of the motorcycle approaching caught his attention. He stated the noise was the motorcycle “in motion, but not accelerating” and then his eyes ‘saw something they can’t unsee.’ He stated he did not believe the motorcycle was speeding and that he did not remember making statements to the contrary. Cowart pressed the witness on his recollection of what he told Troopers during the investigation, to which he replied, “I remember what I remember.”

Cowart submitted to the court a recorded interview with the witness from late September 2019, a few weeks after the crash. In that interview, The witness told Troopers that he heard [the motorcycle] ‘gas on it’ and ‘turn another gear.’ He also told Troopers that he believed the motorcycle was speeding, somewhere between ‘50 and 65 mph.’ Toward the close of the interview, the witness can be heard telling Troopers the driver of the truck ‘had to be texting, given his age’ and he didn’t know the motorcycle rider was a law enforcement officer until later, but he hoped that justice was served.

Before rendering a verdict, Bennett emphasized his sympathy for the family and coworkers of Clemmons. “It’s like watching a movie over and over again and hoping for a different ending,” he said. “We’ve witnessed a tragedy here. It’s very sad for all parties.”

Bennett belabored that while Clemmons may have been speeding, it likely wouldn’t have made a difference and no one should point a finger at the victim in this case.” I’m certainly not going to hold the victim responsible for any part in the events that night.”

“But the law doesn’t allow me to factor in sympathy,” he said.

I believe the officers got it right – when they concluded that it was a violation of [the misdemeanor homicide by vehicle code section], not reckless driving. The Court certainly cannot find beyond a reasonable doubt that the state has carried a burden of proof to each and every element of the offense of Reckless Driving, therefore Vehicular Homicide.

Bennett then went on to tell Strickland that the verdict was not a ‘Good Housekeeping Seal of Approval.’ As Strickland nodded, Bennett told him that he was ‘clearly negligent.’

“I hope, Mr. Strickland, from this day forward you carry with you the need to be more careful. But the court cannot find the defendant guilty beyond a reasonable doubt of the felony in this case,” Bennett closed.

Strickland will remain out of jail on bond, subject to his bond conditions, until sentencing. Judge Bennett stated that the family had been through enough that day and he did not want them to have to testify to sentencing parameters under the circumstances. “I’d also like time to think about it,” Bennett said.