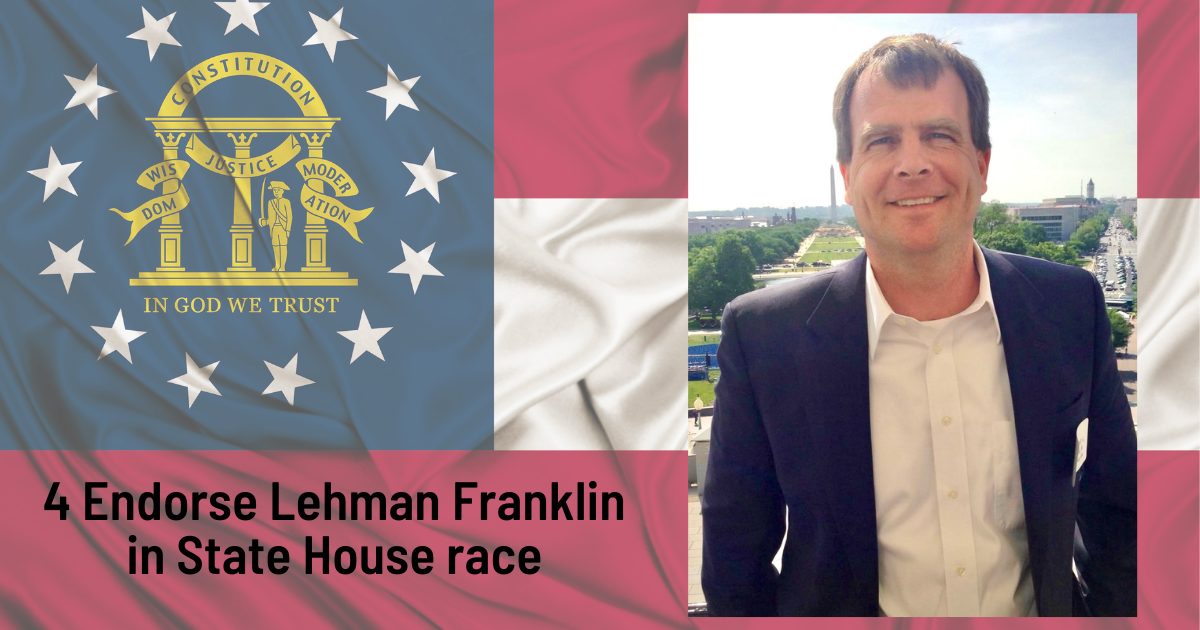 State House candidate Lehman Franklin announced last week that four elected officials have endorsed him in his race for a legislative seat.

Franklin announced the week prior that he would run for the 160th district in the Georgia House of Representatives. His announcement followed the news from Representative Jan Tankersley the day before, in which she revealed she would not seek another term. Tankersley has represented parts of Bulloch and Bryan counties since 2010.

“I am proud to receive the support of these elected officials and have them invested in my campaign.  Together, we can bring our common sense conservative values to Atlanta.  Though the campaign has just begun I look forward to continuing to meet voters across the 160thDistrict and earn their support, both for the Republican nomination and in the fall,” Franklin said in a news release.

Announcing their endorsement of Lehman’s candidacy are: