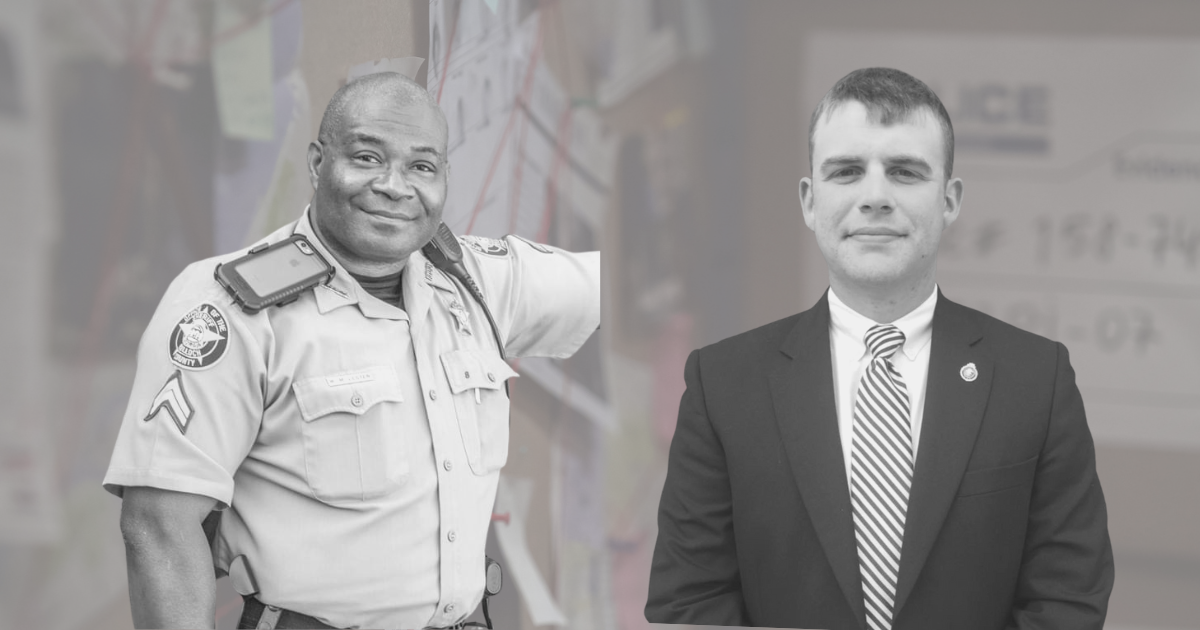 Sheriff Noel Brown confirmed the pending employment to TheGeorgiaVirtue.com on Tuesday. The county says the Sheriff’s Office extended employment offers to Chasten Hutchens and Waymon Maurice Lester, effective as of the end of May.

Both Hutchens and Lester were employed by the Screven County Sheriff’s Office until their employment with BCSO. The reason for their departure from SCSO is not known at this time, however, both were under POST investigation at the time of their hiring by Sheriff Mike Kile in Screven.

Hutchen’s file with TCSO reflected a letter of commendation thanks to a call from then-Evans County Sheriff Randall Tippins, and two records of discipline which included a 3-day suspension without pay, a retraining course, limited use of his patrol vehicle, and a prohibition of ‘off-duty’ work.

The first record of discipline, dated December 1, 2017, references Hutchens’ attendance of a party in Tattnall County, in which he drove his department vehicle to a residence for the party and left the vehicle overnight. The letter also made mention of photos from the party which depicted Hutchens under the influence of alcohol. As a result, Hutchens was barred from driving his vehicle anywhere other than to and from his home when he was not on duty.

A record of discipline dated October 17, 2018 stated that a complaint was received regarding Hutchens’ “reckless use of [his] assigned patrol vehicle.” Specifically, Chief Deputy Jeffrey Rogers wrote:

On November 1, 2018, Hutchens submitted a resignation letter, effective November 27, 2018. His letter cited “a better opportunity at another department.”

Improper Use of GCIC Database

One investigation from March 2021 involved a female complainant who contacted the Sheriff’s Office about ‘harassment.’ She told Captain Dennis Davis that Hutchens made unwanted personal advances while on duty and provided text messages supporting the claims to BCSO.

Furthermore [the complainant] alleged that she was first introduced to you, after you conducted a traffic stop on her vehicle while you were previously employed by the Hinesville Police Department. [The complainant] informed me that after being released from the traffic stop, she received a message on her phone from you. [The complainant] stated that she did not give you her phone number and believes you gained access to her phone number by utilizing her license information through GCIC. [The complainant] provided me with the text message exchange on her phone that appears to support her allegation of an abuse of GCIC information for personal purposes. While this particular incident took place prior to your employment with the Bryan County Sheriff’s Office, it is nonetheless a serious allegation and warrants some attention to the matter as a current employee of the Bryan County Sheriff’s Office.

Conversations with an Undercover GBI Agent Regarding Paying for Sex

Captain Dennis Davis and Sheriff Mark Crowe met on September 16, 2021 regarding an internal affairs investigation regarding a deputy talking with an undercover agent with the GBI regarding paying for sex.

According to a letter from Sheriff Mark Crowe, he was contacted by Evans County Sheriff Mac Edwards on September 15, 2021 about a BCSO deputy. As part of another investigation, a fake Facebook profile was created with which Deputy Chase Hutchens corresponded. Once Crowe had all of the evidence provided to him, he contacted CID/IA Captain Dennis Davis to begin an investigation into Hutchens’ actions. Hutchens was placed on administrative leave.

Hutchens was advised of his rights and later interviewed, at which time he told administrators that he came across a girl named Tiffany…”she looked beautiful, and nice so he added her to his Facebook.” The two began messaging, at which time they spoke of some “financial struggles she was going through” and he told her he would like to help her. “Deputy Hutchens advised the two talked about a couple more things including sex and sexual activity.”

I advised Deputy Hutchens that he has violated the Oath of Office and Code of Conduct.”

In multiple exchanges, the ‘female’ profile stated “I am not into relationships if you know what I mean…strictly business, darlin’. I thought that is why you messaged me” and “Just depends on what you want and what you want to spend.” Hutchens then asked, “How much does everything cost?”

The two also discuss on a handful of occasions when they will meet up.

The aforementioned letter from Sheriff Crowe stated that Hutchens was called into Crowe’s office and presented with the facts and findings. “Deputy Chasten Hutchens chose to resign in lieu of termination and turned in all issued department property at this time,” the letter closes. Read the letter:

Lester is a past employee of the Bulloch County Sheriff’s Office. He worked for the agency from May 2, 2011 to August 12, 2020 when he resigned in lieu of termination.

According to the investigation, Lester was the subject of an internal investigation by the Bulloch County Sheriff’s Office in June 2020 when it was alleged that he was involved with an inmate. Lester was a supervisor and was not assigned to the detention center as part of his duties.

“Prior to the most recent arrest, while (the inmate) was on probation, Lester had come to (her) residence on one or two occasions to serve as a witness while her probation officer administered a drug test,” the report reads. A number of witnesses also contributed statements to the investigation, in which one testified that Lester and the female exchanged a quick kiss on one occasion and that the inmate referred to Lester as “Big Daddy.”

“The investigator was able to confirm that (the female inmate) and Lester were communicating by phone while (she) was incarcerated. In some of the calls, Lester’s portable police radio could be heard in the background indicating that he was communicating with  (her) while on duty. Video of the detention center was viewed and confirmed that Lester did enter the facility and meet with (her).”

When contacted by POST during the investigation, Lester did not respond or offer a statement.

According to POST, the POST Council voted to revoke Lester’s POST certification in 2021, however, the decision was appealed by Lester last may and has been ‘pending’ ever since – over a year.

The POST Council file also noted that Lester’s file was forwarded to Ogeechee Judicial Circuit District Attorney Daphne Totten, however, “as of the date of [the report], no criminal charges have been filed.”

POST confirmed on Thursday that as of May 5, 2022 both Hutchens and Lester remained under investigation. Specifically, POST said “Lester appealed council’s decision and had a pre hearing conference and it’s still pending at this point. Hutchens is still under investigation.”

Sheriff Noel Brown told TheGeorgiaVirtue.com Tuesday that Hutchens will not be assigned as a patrol deputy and will be a probationary employee for a period of one year from his start date.

The Bulloch County Sheriff’s Office has, for some time, been working to improve its attractiveness for qualified candidates. Previously, the agency increased the starting base pay while adjusting existing pay after a compensation study and more recently, Sheriff Brown has lobbied for county commissioners to increase retirement benefits by adjusting the current plan of a defined contribution plan to a defined benefit plan.