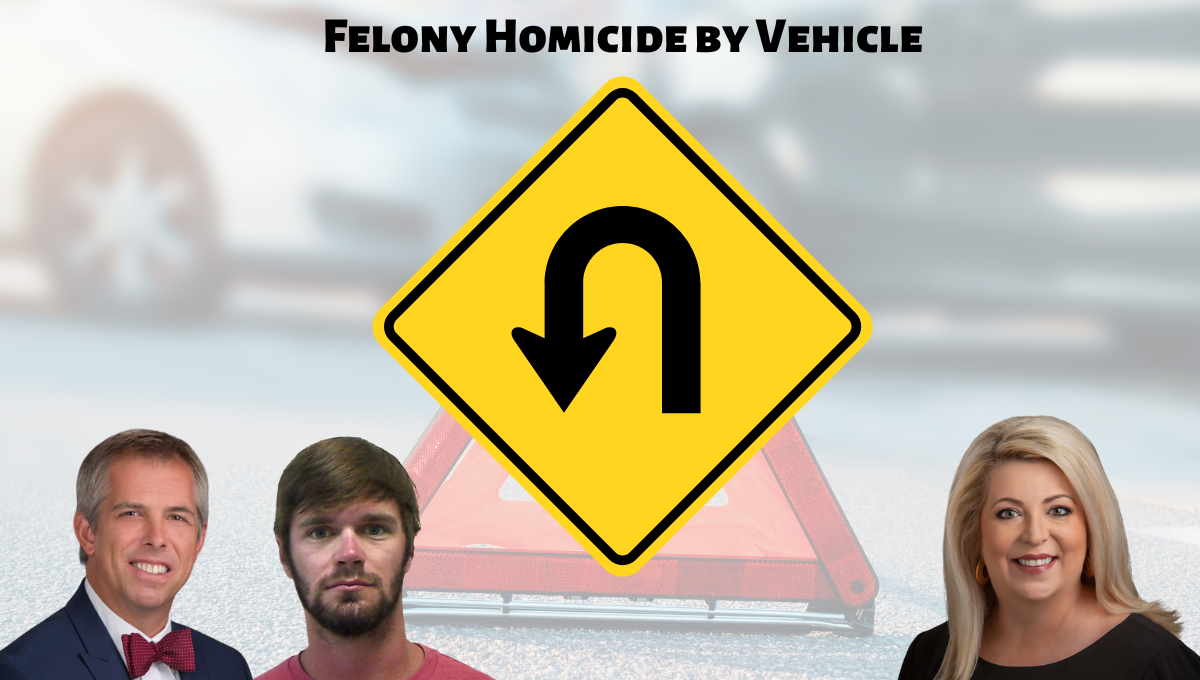 A case stemming from a fatal traffic crash that claimed the life of an off-duty Georgia Southern officer in Bulloch County heads to trial Tuesday.

The story is unique in that the Georgia State Patrol concluded its investigation, sought warrants for the driver, and turned the case over to State Court for prosecution. But without prompting, the District Attorney’s Office intervened and usurped the case from the traditional place for adjudication.

Of more interest, a nearly identical case with strikingly similar circumstances in the same jurisdiction and investigated by the same agency went completely unnoticed by District Attorney Daphne Totten.

On September 9, 2019, 20-year-old Blake Anthony Strickland of Richmond Hill collided with Tristan Michael Clemmons. Both were traveling on Highway 67 near Aspen Heights Apartments. Strickland was in a 2014 Chevrolet Siverado in the right lane while Clemmons was on a motorcycle in the left lane. According to reports from GSP, Strickland made a left turn into Clemmon’s path, as if he was making a u-turn. Clemmon’s motorcycle then struck the truck.

Clemmons was transported to a hospital in Savannah, but tragically succumbed to his injuries the following day.

Following an investigation by the Georgia State Patrol, Strickland was cited for Improper U-Turn and Homicide by Vehicle in the 2nd degree, which is a misdemeanor offense punishable by up to a $1,000 fine and up to a year in jail. Warrants were sought for Strickland’s arrest due to the nature of the Homicide by Vehicle charge and he was booked and released on August 10, 2020.

However, on August 28, 2020, Mark Lanier, then-Acting Solicitor in Bulloch County State Court, filed a letter with the Clerk’s Office, in which he wrote that ‘at the request of (then) Chief Assistant District Attorney Daphne Totten,’ the case was being transferred to Superior Court.

On November 4, 2020, Totten presented the case to a grand jury, seeking a No Bill of Indictment on the Homicide by Vehicle in the 2nd Degree and a True Bill of Indictment on for Homicide by Vehicle in the 1st degree, a felony, and Reckless Driving. No additional evidence was discovered or presented. The underlying Reckless Driving offense committed by Strickland, according to Totten, was the improper U-turn.

The move by Totten from State Court to Superior Court increased Strickland’s possible incarceration time from a maximum of 12 months in jail to upwards of 15 years in prison.

What Does the Law Say?

Under Georgia law, there are two types of vehicular homicide.

This charge is usually reserved for particularly egregious acts, in which a driver also committed a serious or intentionally reckless act, which resulted in the death of another.

Homicide by Vehicle in the 2nd degree – occurs when any person (without malice aforethought) causes the death while in violation of any traffic offense other than those listed in the 1st degree offenses. This is a misdemeanor offense with a sentence of up to $1,000 in fines (plus fees) and up to 12 months in jail. In some states, it is referred to as ‘negligent homicide’ because a person failed to exercise proper care in operation of the vehicle.

Finally, Reckless Driving, under Georgia law, is defined as ‘operating a vehicle in reckless disregard for the safety of persons or property.’

In Strickland’s case, he was not charged by Georgia State Patrol nor indicted by a grand jury for any deliberately reckless act, such as speeding or Driving Under the Influence. Similarly, there is lacking case law where an Improper U-turn was the predicate for Reckless Driving.

Another Bulloch County case, also from 2020, was recently resolved in State Court without intervention by Totten. That case involved a driver who failed to yield after stopping at a stop sign, striking a man on a motorcycle. The man later died. It, too, was investigated by the SCRT division of the Georgia State Patrol, which recommended misdemeanor charges. In that case, the driver surrendered her driver’s license, was ordered to take a defensive driving course,

Cases considered by the Georgia Court of Appeals which had an underlying charge of Reckless Driving included behavior such as:

Strickland’s case is seemingly the outlier compared to cases from nearly every corner of the state over the last seven years.

And even this Whitfield County case, where the woman was charged for failure to yield when crossing a roadway, driving on a suspended license, and driving without a proper tag.

Two-Pronged Approach to Homicide by Vehicle in Georgia

Georgia is not alone in its two-pronged approach to vehicular homicides. A piece featured in a Greenville, SC newspaper illustrated the common frustration among family members who lost a loved one at the hands of someone else and received only a traffic citation.

Defense attorneys like Gregg Freeburn, however, say sometimes accidents do happen and that doesn’t mean a driver should be treated the same way as a violent felon or drug trafficker.

“It has to be action that is deemed egregious or in complete conscious disregard for the safety of other individuals on the roadway in order to fall into the category where someone would be charged with a crime that would send them to jail,” Freeburn said.

Nevertheless, the code sections are routinely reconsidered by the Georgia General Assembly, likely to once again become a topic of discussion as the trend of driverless cars gains momentum. In the meantime, families of both those lost and those convicted continue to lobby for change.