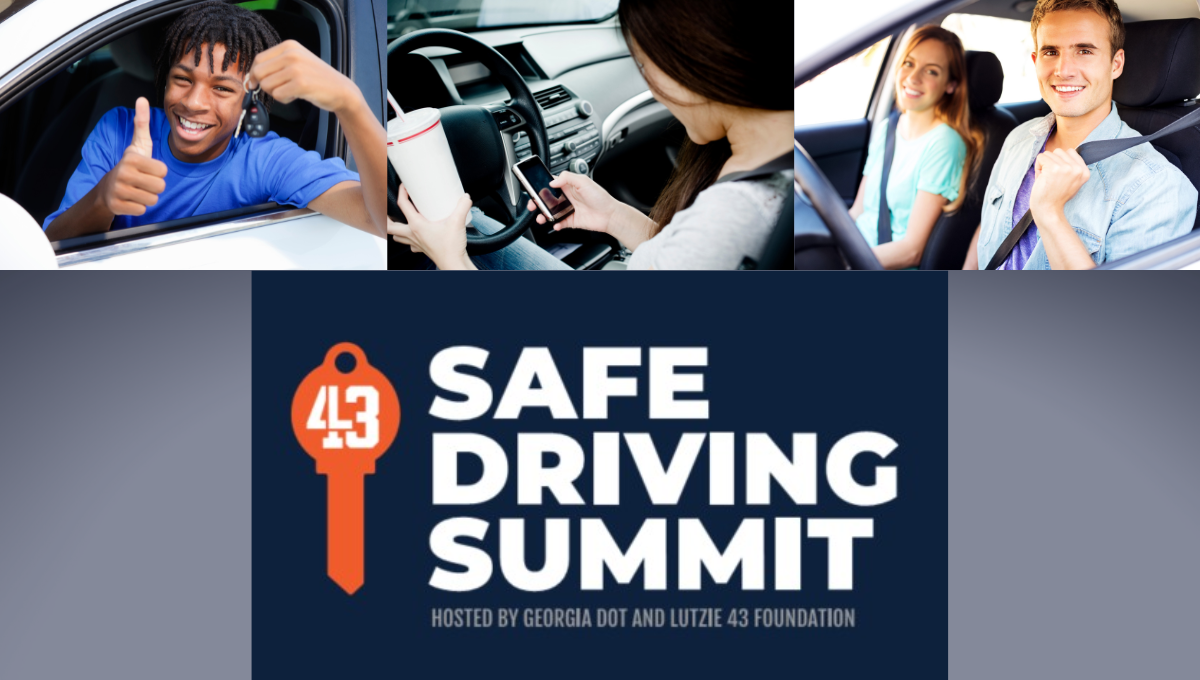 Fatalities on roadways in Georgia and across the nation continue to rise due to distracted driving, excessive speed and continued lack of seat belt use. To reduce injuries and fatalities on our roadways, the Georgia Department of Transportation (Georgia DOT) continues to seek innovative ways to educate and raise awareness. The Georgia DOT, in partnership with the Lutzie 43 Foundation, will host the second Safe Driving Summit at Georgia Southern University on September 13, 2022.

“We are looking forward to the upcoming Safe Driving Summit in Statesboro and having the opportunity to provide high school students from southeast Georgia an opportunity to learn about the dangers of distracted, impaired, and unsafe driving habits,” said Sam Harris, State Safety Engineering Manager for the Georgia DOT. “The vision of this partnership is to eliminate fatalities and serious crashes caused by distracted driving in Georgia and these summits allow is to target messaging to our state’s youngest drivers – high schoolers.”

Students from high schools located in Bulloch, Bryan, Effingham, Evans and Jenkins counties will gather at the Performing Arts Center on Georgia Southern University’s campus to hear from industry experts about how they can protect themselves and others on the road by practicing safe behaviors while traveling in a vehicle. Students will participate in a keynote presentation by State Transportation Board Member Ann R. Purcell; Andrew Heath, Deputy Chief Engineer, Georgia DOT; and Mike Lutzenkirchen, executive director of the Lutzie 43 Foundation. Students will then participate and rotate through the breakout sessions led by safe driving experts and others including:

“The Safe Driving Summits will happen across Georgia engaging local high school students to participate in breakout sessions that focus on the real-life consequences of decisions made by drivers and passengers on Georgia’s roadways,” said Harris. “Through the Georgia DOT’s partnership with the Lutzie 43 Foundation, students will leave with real-world experience and skills to help prioritize safety behind the wheel and become ambassadors for safe driving practices in their communities. They will also receive tangible reminders of safe driving practices including the 43 Key Seconds safe driving messages and physical 43 Key Seconds key provided by the Lutize 43 Foundation.”

Media are invited to attend the Safe Driving Summit.

The Lutzie 43 Foundation aims to encourage and empower all drivers to be positive ambassadors for safe driving through character development, mentorship and real-world application. The Lutzie 43 Foundation was established in loving memory of former Auburn football player Philip Lutzenkirchen, shortly after he lost his life in a car accident in 2014. In his memory, the foundation’s 43 Key Seconds safe driving initiative aims to create the first nationally-recognized symbol for distracted and impaired driving awareness and prevention. The foundation’s motto for youth is to “Live like Lutz, Love like Lutz, and Learn from Lutz,” reflecting its desire to help others live out the many positive character attributes that Philip displayed while learning from the circumstances that led to his death.