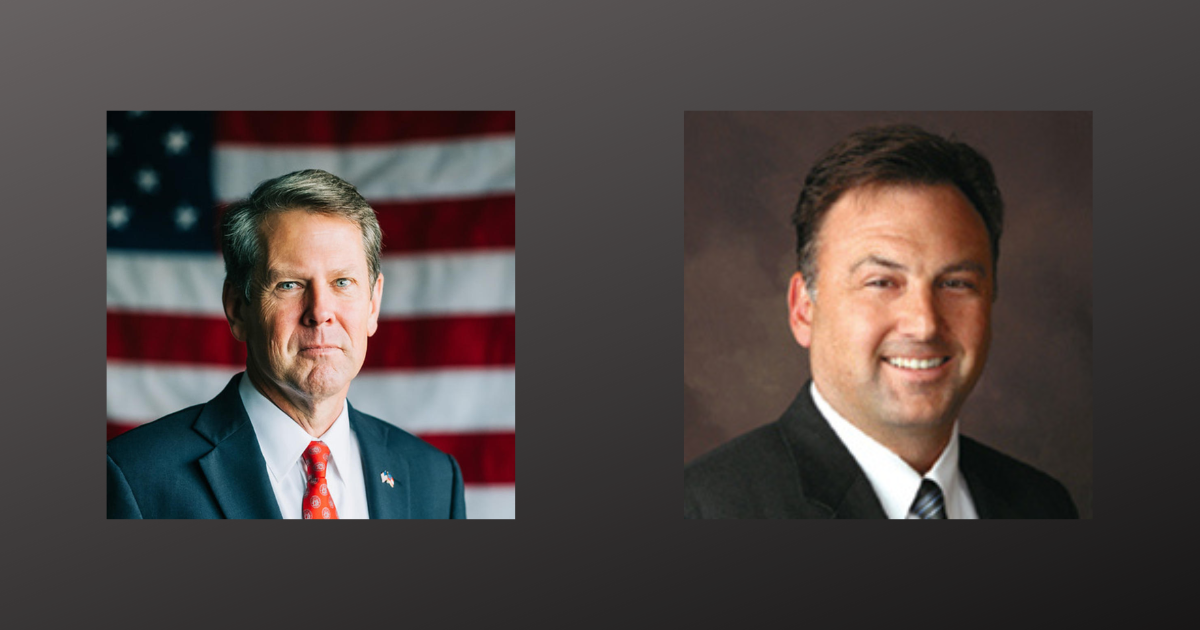 Brooklet business owner and physician Dr. Scott Bohlke has been appointed by Governor Brian Kemp to serve on the state’s Healthcare Workforce Commission.

The commission was created by Executive Order to tackle the significant challenges facing the healthcare industry in hiring and retention of workers. The commission will submit a report on their findings by the end of the year.

Bohlke is the owner and operator of Bohler Family Practice, an independent medical practice in Brooklet. Bohlke is a board-certified Family Practice Physician specializing in family medicine. In 1987, he graduated from the University of Georgia with a Bachelor of Science in Microbiology. Bohlke received his medical degree from the Medical College of Georgia and completed his residency in Columbus, Georgia. For four years, he provided medical needs for members of the United States Air Force in Montgomery, Alabama, as a Major in Health Services. Bohlke has also held a position on the MagMutual Insurance Board of Directors for sixteen years.

Fourteen others were appointed to serve on the Commission. Those individuals include:

Mary Chatman is the Executive Vice President and the President of Wellstar Health System hospitals Kennestone in Kennesaw and Windy Hill in Marietta. Chatman has over 32 years of experience in academic health care systems, holding leadership roles as Chief Operating Officer, Chief Information System Officer, and Chief Nursing Officer. She received her bachelor’s and master’s degrees in Nursing from East Carolina University and earned a Ph.D. in Nursing Administration in 2012. Chatman has led several healthcare-oriented projects, including an $85 million electronic health record implementation and an emergency room expansion.

Despina “Debi” Dalton serves as the Vice President of Medical Affairs for Wellstar Douglas Hospital in Douglasville, Georgia. Dalton graduated from the Arnold and Marie Schwartz College of Pharmacy at Long Island University in 1983 with a bachelor’s degree in Pharmacy. She went on to medical school at the Universidad Autonoma de Guadalajara in Zapopan, Mexico. For fourteen years, Dalton was the Medical Director of the Pediatric Emergency Department in both Wellstar Cobb and Paulding Hospitals. She has also served as the President of Cobb County Medical Society and the President of Wellstar Cobb Hospital’s medical staff. Dalton currently serves as the chair of the Georgia Composite Medical Board, as secretary for the Medical Association of Georgia, and volunteers as a medical advisor for the Bullock Foundation, which provides free housing for ill and injured patients.

Sherry Danello has over forty years of experience in the field of healthcare. She graduated from Armstrong State University in Savannah, Georgia, with a bachelor’s degree in Nursing and received her master’s degree from the Medical College of Georgia. Danello has held several administrative nursing positions in the Savannah area, including Staff Development Instructor, Critical Care Supervisor, and Assistant Director of Nursing. Since 1997, she has served as the Vice President of Patient Care Services and System Chief Nursing Officer for St. Joseph’s Candler Health System in Savannah, Georgia. Danello has also written several publications and received a Ph.D. in Health Administration and Leadership from the University of Phoenix in 2014.

Janee Dock is an experienced nurse administrator professional with several years of experience in healthcare. After receiving her bachelor’s degree in Nursing from Georgia Southern University, Dock continued her studies at Walden University in Minneapolis, Minnesota, where she received a Master of Science in Nursing. She has served in several administrative roles in the field of nursing. Dock previously served as the Director of Ortho, Spine, and Surgical Services for the University Healthcare System in Augusta, Georgia. Since 2019, Dock has held the position of Chief Nursing Officer for Piedmont Healthcare System in Augusta, Georgia. She is responsible for nursing practice and patient care services across two hospitals within the system.

Clark Hill is the owner and President of the Hill Medical Group, an internal medicine practice serving the Commerce, Georgia, area. After graduating from Oglethorpe University, Hill received a degree in Internal Medicine from Mercer University School of Medicine and completed his residency in the Atlanta Medical Center. Since then, Hill has worked as a healthcare professional specializing in diabetes, long-term nursing home management, and end-of-life/hospice care. In addition to his experience as a healthcare professional, Hill is heavily involved in his community. He served as a council member for the city of Commerce for three years and, in 2012, was elected to serve as the Mayor of Commerce, Georgia.

Shawn Little is a Certified Nurse Educator with over 27 years of clinical and academic experience. After holding the position of Dean of Academic Affairs and Associate Dean of Faculty at Chamberlain University, she currently serves as the University’s Campus President. During her time as a Southern Crescent Technical College faculty member, Little assisted in curriculum development and faculty development and laid the foundations for a new nursing program. She has received several recognitions for her contributions to the nursing field, including the Ron Taylor Award in 2014 and the TEACH Award in 2019. Outside of her responsibilities as President, Little is an active member of the Georgia Nurses Association, the Treasurer of the Georgia Nurses Foundation, a member of the Georgia Nurse Leader Coalition, the Georgia Association of Deans and Directors, the Georgia Association of Nurse Education, and the Emory Hospital Advisory Board.

Caylee Noggle is the Commissioner for the Georgia Department of Community Health. In this role, she manages the $18 billion agency responsible for health care purchasing, planning and regulation, and improving the health outcomes of Georgians. Before becoming the DCH Commissioner, Noggle served as Deputy Chief of Staff for Operations in the Office of Governor Brian P. Kemp and before that as interim Chief of Staff to Governor Kemp, following her service as interim Chief of Staff at the Georgia Department of Public Health and Chief Management Officer for the Governor’s Office. Prior to joining the Kemp Administration in January 2020, Noggle served as President, Interim President, Chief Operating Officer, and Chief Financial Officer for the Georgia Student Finance Commission. She holds a bachelor’s degree from Millikin University and a master’s degree in College Student Affairs from the University of Arkansas at Little Rock, where she served as a financial aid officer before moving to Georgia.

Sally Perry is the Regional Vice President of UHS of Delaware, LLC DBA Coastal Harbor Health System, a nationally recognized program in Savannah, Georgia, providing high-quality, affordable mental health services, including both outpatient and inpatient programs. Coastal Behavioral Health has a 50-bed acute inpatient hospital, and the Coastal Harbor Treatment Center is a Joint Commission-Accredited behavioral health facility with 114 beds to treat and educate children and adolescents ages 4 to 17. Perry received her bachelor’s and master’s degrees in Psychology from Georgia Southern University. Perry has extensive experience in the field of mental health, working on both the administrative and therapy sides of Coastal Harbor.

Pete Quinones is the President and Chief Executive Officer for the Metro Atlanta Ambulance Services (MAAS). He founded MAAS in 2001 after graduating from Georgia Tech’s Scheller College of Business. Since the founding of MAAS, Quinones has implemented numerous technologies to improve the field of emergency response in the Atlanta area. He led the initiative to implement the placement of the LUCAS chest compression system in all of MAAS’ emergency response ambulances, setting the standard for pre-hospital cardiac care in Georgia.

Rick Roche is Chief People Officer at Grady. He joined Grady in 2020 after serving as the interim Chief People Officer. Roche served as the HR executive for Children’s Hospital Medical Center in Cincinnati, Ohio, University Health Care System in Augusta, Georgia, Memorial University Medical Center in Savannah, Georgia, and the Health Care District of Palm Beach County, and the University of Miami Health System. He served in the United States Navy with the submarine task force based in Groton, Connecticut. Roche graduated from Xavier University’s Williams College of Business and received his MBA from Lesley University.

Scott Steiner has over thirty years of experience in the healthcare industry. In 1991, he graduated from Missouri State University with a Bachelor of Science in Management and later received an MBA with an emphasis in Health Services. Before moving to Georgia, Steiner held administrative positions in hospitals in major cities like Detroit and Chicago. He currently holds the position of President and CEO of Phoebe Putney Health System in Albany, Georgia. In an effort to respond to nurse shortages, Steiner has helped lead the Phoebe Health Science Pathway, a project promoting healthcare careers to students as early as middle school. In 2021, Georgia Trend Magazine named Steiner one of the 100 Most Influential Georgians.

Tanya Sudia is the Dean of the College of Nursing at Augusta University. An experienced academician, clinician, and researcher, Sudia held various leadership and faculty positions at institutions including Baylor, Emory, and Mercer. Prior clinical positions include neonatal intensive care at Grady Health System and several children’s hospitals across the country. Over nearly two decades at Emory University, Sudia held a faculty appointment in the School of Nursing, served as Faculty Fellow in the Ethics Center, and was later appointed to the administrative role of Director of the IRB and simultaneously as Interim Director of the IACUC. Sudia’s academic career also includes an appointment as the Inaugural Associate Dean for Research in the Louise Herrington School of Nursing at Baylor University. Sudia’s publications reflect her expertise in ethical considerations in healthcare and research, with additional emphasis on neonatal and pediatric palliative care. Actively involved in national professional organizations, she serves as Chairperson for the Research Leadership Network of the American Association of Colleges of Nursing and is Chair-Elect for the Georgia Board of Regents Academic Advisory Committee on Nursing. She is an elected Fellow of the American Academy of Nursing.

Courtney Terwilliger is a native of Emmanuel County and has provided his hometown with emergency medical services (EMS) for over forty years, serving as EMS director since 1997. In his current position, he handles emergency preparedness, hazardous materials, and the coordination of hospital security. Terwilliger has served on the Georgia Trauma Commission and as the Georgia Association of EMS and the State EMS Advisory Council Chairman.