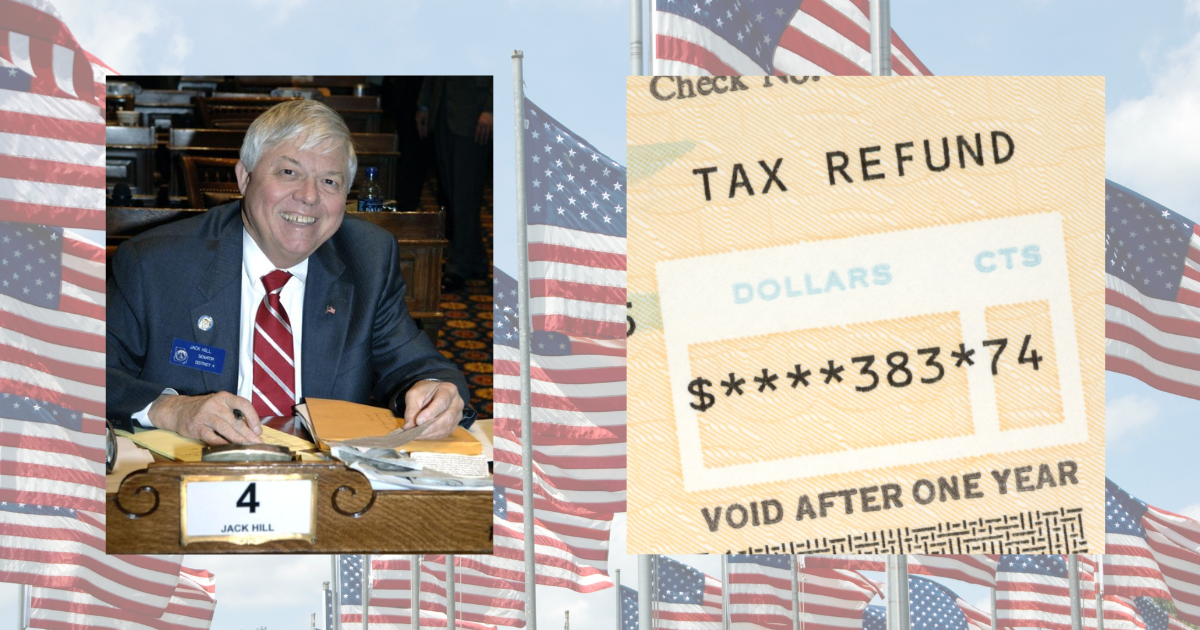 Among the more than 150 new laws that took effect on July 1 is one which assists veterans in honor of the late state senator Jack Hill.

Senate Bill 87, the ‘Senator Jack Hill Veterans’ Act,’ offers taxpayers the opportunity to contribute to the Technical College System of Georgia Foundation through the Department of Revenue. Much like the student scholarship organization programs for children attending private schools, taxpayers may elect on their income tax form to authorize the Department of Revenue to reduce the amount of the refund check or increase the amount owed by the desired contribution.

The Department of Revenue will then transfer the funds to the Technical College System of Georgia Foundation to be used exclusively to award scholarships to veterans with service-connected disabilities.

SB 87 was sponsored by 48 of Georgia’s 56 state senators and passed in both the House and Senate by a unanimous vote. Read the bill. Governor Kemp signed the bill into law in April.

“As a veteran myself, I have always advocated for legislation to support our military service members, veterans, and their families…” said Sen. Rhett in a prepared statement. “This bill would give Georgia taxpayers the option to donate all or part of their tax refunds to the Technical College System of Georgia Foundation which would then go towards funding the education of veterans with service-connected disabilities. I believe that this is a way we can give back to our veterans and honor the sacrifices they made in serving our state and country. I will always do my best to ensure that we help our veterans in any way that we can and connect them with opportunities to transition from military to civilian life.”

Senator Jack Hill, also a veteran, passed away in 2020. At the time of his death, Hill was the longest serving Georgia State Senator in state history, having served more than thirty years in office. He was first elected in 1990 and was re-elected fourteen times after that. Hill’s district encompassed Bulloch, Candler, Effingham, and Evans counties with portions of Emanuel and Tattnall counties as well.