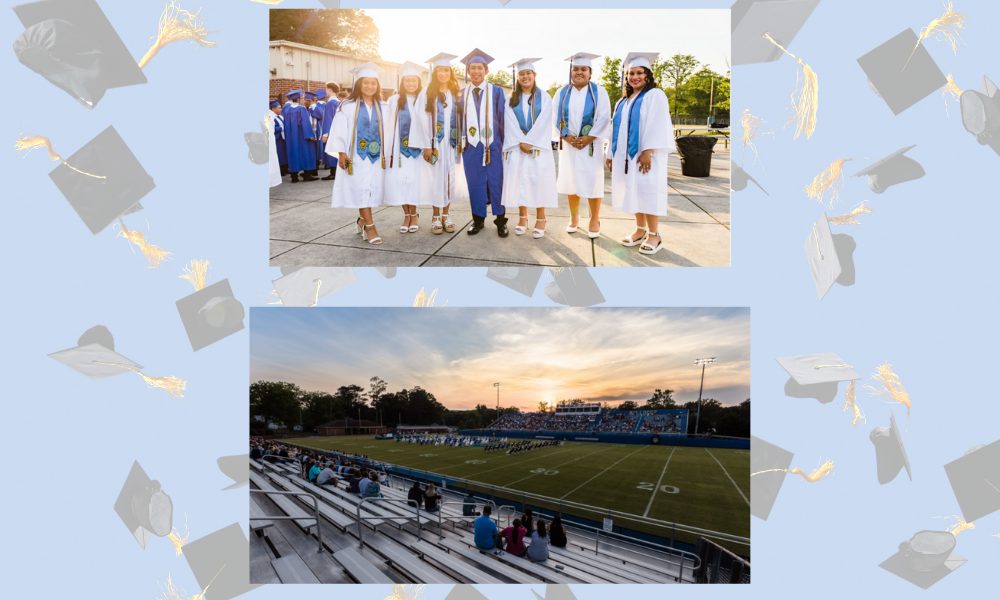 Family, friends and other loved ones filled the stands of Sam R. McCain Stadium on Friday, May 21 as Trion High School hosted their second commencement ceremony on Clarence Blevins Field.

The class of 2021 students wore their blue and white with pride, walking by their class motto, “The key to happiness is having dreams. The key to success is making them come true.”

There were 79 graduates total, 33 of which graduated with honors.

Trion High School Principal, Bryan Edge, spoke of the courageous perseverance and impressive leadership of the class of 2021.

Three honor graduates addressed the audience and their peers, recalling their time on the Hill and their accomplishments made in the last four years.

After, each student was called by name, along with the scholarships they received, where they will continue their education or if they were heading right into the workforce.

Families cheered from the stands as the sun melted into the foothills of the Appalachian Mountains, and even though the sun was setting on their time at Trion, the future is most definitely bright for these Bulldogs.

The traditional notes of “Pomp and Circumstance” drew the event to an end and the graduates’ time as a Bulldog came to a close. That moment was commemorated with a grandiose show of fireworks.

Members of the Trion City Schools Board of Education were in attendance in support of the graduates as well.