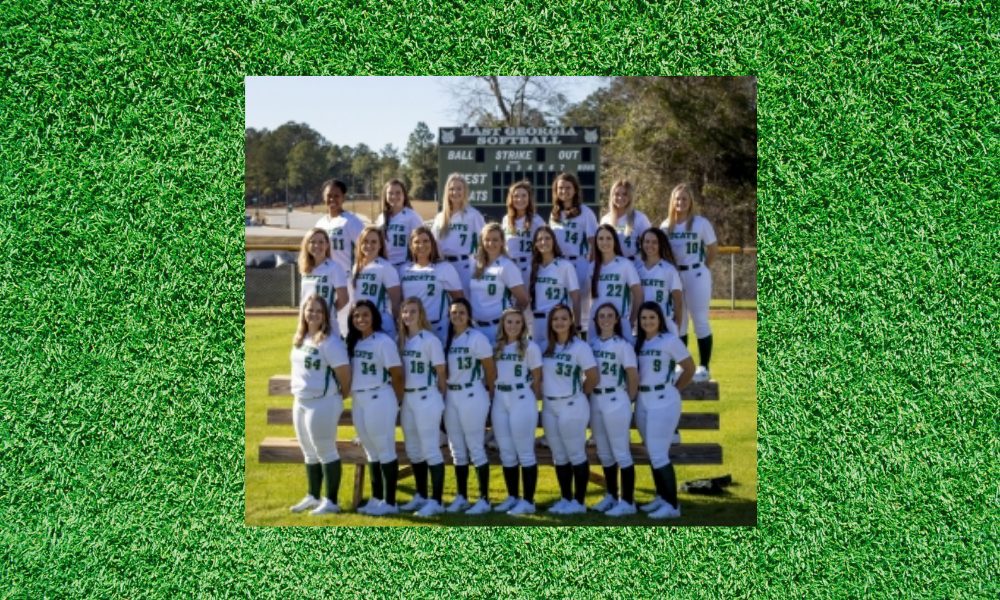 The East Georgia State College Women’s Softball Team defeated USC Union on Sunday, February 28 by scores of 8 to 4 in game one and 12 to 4 in game two.

Leading the way on the mound for EGSC were pitchers Madison Bussell and Britney Foster. Both pitched complete games for the Bobcats for the day. In game one, Foster struck out 12 USC Union batters and allowed just four runs on eight hits.

At the plate in game one, Jana Crews, Alaina Lee, Allana Hooks, Makenzie Wilkerson, and Taylor Morgan each had two hit performances.  Lee scored three runs, while Hooks, Morgan and Wilkerson each drove in two runs each.

In game two the team saw Madison Bussell go the distance for the Bobcats with seven innings of work allowing no walks and just four runs. Bussell got great run support as the Bobcats pounded out 16 hits in game two, three of which were shots hit over the Union fence by Makenzie Wilkerson, Katalina Losolla, and Sierra Taylor. Sierra Taylor drove in three runs on the day, along with Katalina Losolla’s three run blast over the centerfield fence.

Maddie Denning, Alaina Lee, Makenzie Wilkerson, Dani Wells, and Stephanie Ruffin each had two hit performances as the Bobcats moved into a tie for first place in the GCAA conference standings.

Next up for the Lady Bobcats will be hosting Glen Oaks College from Michigan on Sunday and Monday, March 7 and 8. Game times are 1 p.m. and 3 p.m. each day.