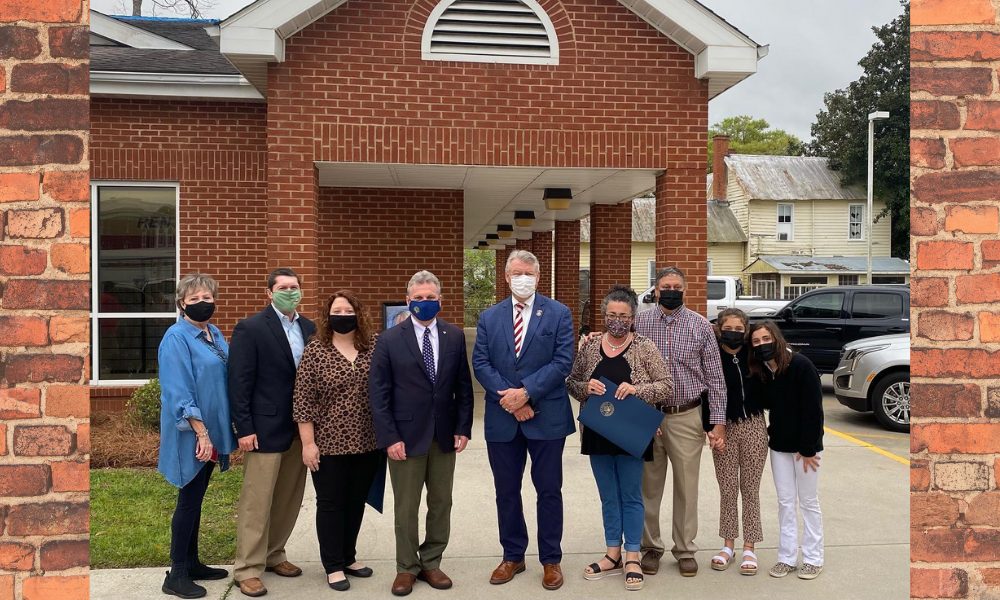 A U.S. Post Office in Tattnall County has been renamed in honor of the late State Senator Jack Hill.

A group gathered Friday morning in Reidsville for the official renaming of the building, joined

by Congressman Buddy Carter of Georgia’s 1st district and Congressman Rick Allen of the 12th.

Hill passed away in 2020 after serving in the state legislature for more than 30 years. He was lifelong resident and business owner in Reidsville and had an office in town until his passing. Hill also served in Georgia’s Air National Guard for 33 years as both a unit commander and State Inspector General.

“For five years it was my honor to sit next to Jack Hill in the Georgia State Senate. He was a close friend and mentor to me and I miss him very much, just as I know many other Georgians do, as well,” Carter said at the time. “This honor is truly well deserved, and I can’t wait to see it.” Every member of Georgia’s House delegation joined Carter in the introduction of the bill.

It was a great honor to dedicate the Senator Jack Hill Post Office today. Jack was a close friend and mentor to me and I miss him very much, just as I know many other Georgians do. The Senator Jack Hill Post Office Building will preserve Jack’s wonderful legacy in the community he loved and will serve as a special reminder of Jack’s service and dedication to his neighbors and his state.