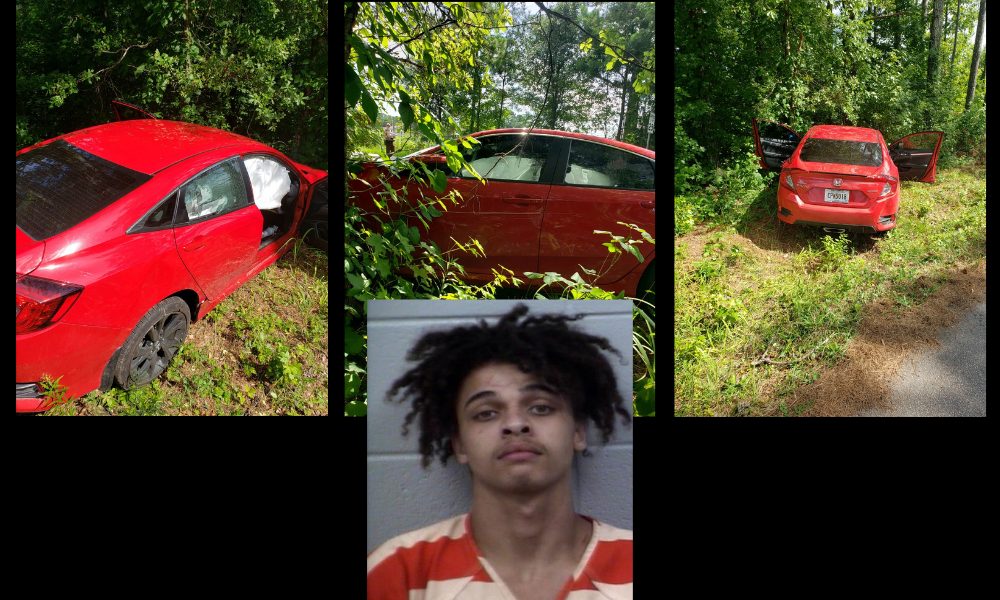 Cobb Police’s investigation led them to the residence located at 7675 Nebo Road Hiram, GA 30141. At approximately 12:05 AM on Friday June 25, 2021 multiple rounds were fired at this residence by individuals having ties to Cobb County. While conducting surveillance on that residence, Cobb Officers gave information to Paulding Deputies regarding the individuals and vehicles that were on the scene. Cobb Officers indicated that they did observe weapons in the possession of some of the individuals at the residence.

While they were surveilling the residence, Cobb Officers gave a lookout to Paulding Deputies reference a red Honda Civic passenger car that had just left the scene. At approximately 2:15 PM a Paulding Deputy located the suspect vehicle on the western side of Nebo Road (in the area of South Paulding Middle School) and attempted to initiate a traffic stop. When the Deputy activated his emergency equipment to perform a traffic stop, the red Honda Civic fled. The driver fled down a driveway and struck a parked vehicle and then made his way back to Nebo Road. After a short pursuit, the vehicle crashed at the corner of Nebo Road and Jack Weldon Drive. It was later determined that the vehicle was stolen out of Cherokee County and contained a small amount of marijuana inside of it.

Once the vehicle crashed, the male driver fled on foot into the wooded area. Due to the fact that the suspect was possibly armed and dangerous, our Deputy waited on other units to assist him in the foot pursuit. After a multiple hour search of the surrounding area, a passerby called 911 at approximately 5:13 PM stating that a suspicious person matching the description of our suspect was spotted in the area of Seals Road and Ridge Road.

Deputies located the suspect in the area of Seals Road and Seals Drive and quickly placed him under arrest without incident. The suspect, later identified as Christopher Eli Koen, (B/M, 20 YOA), was in possession of a concealed handgun when he was taken into custody by Deputies. Koen was initially charged with the below listed offenses. Due to the fact that this is an ongoing investigation with Cobb Police, more charges are likely.

A short time after the red Honda Civic left the scene and a pursuit ensued, Paulding Deputies along with Cobb Officers went to 7675 Nebo Road where they surrounded the residence and called the occupants outside. Once the occupants were outside, Cobb Officers obtained a search warrant where the residence was subsequently searched. As a result of their search of the home, multiple individuals were arrested and multiple firearms were seized by Cobb Police.

Detectives encourage anyone who may have any additional information regarding drive by shooting that occurred at 7675 Nebo Road or Christopher Eli Koen to please call the anonymous Paulding County Sheriff’s Office Criminal Investigations Tip Line at (770) 443-3047 or send a message via the Paulding Sheriff mobile app.