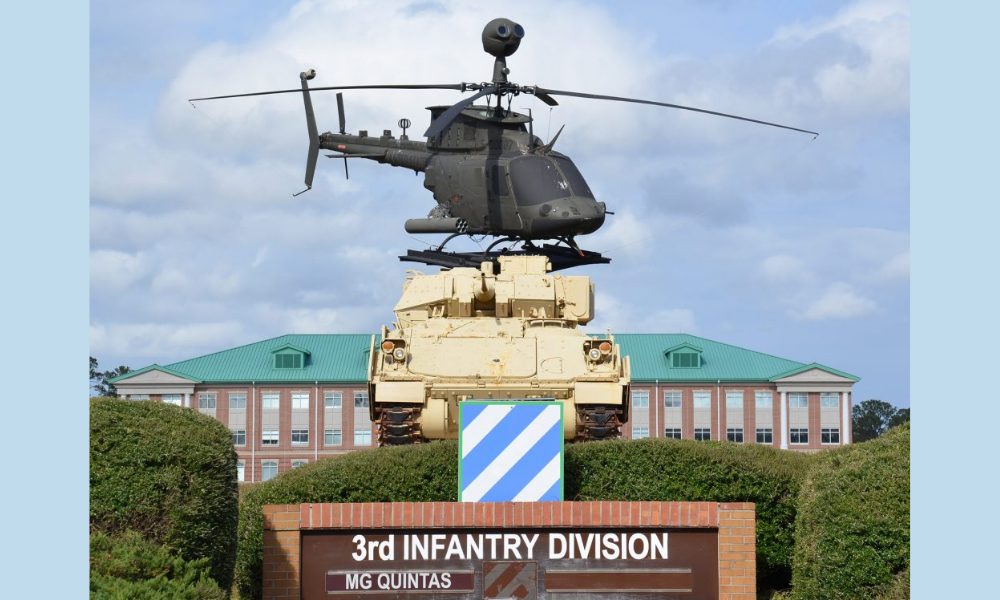 A U.S. Army soldier stationed at Fort Stewart awaits sentencing after admitting she led a “prolific fraud scheme” in which she and others illegally raked in millions of dollars from COVID-19 relief programs and federal student loan forgiveness.

Dara Buck, a/k/a Dara Butler, 39, of Ladson, S.C., a U.S. Army Chief Warrant Officer 2 stationed at Fort Stewart, pled guilty to an information charging her with Conspiracy to Commit an Offense Against the United States, said David H. Estes, U.S. Attorney for the Southern District of Georgia. The guilty plea subjects Buck to a sentence of up to five years in prison and substantial financial penalties and restitution, followed by up to three years of supervised release after completion of any prison term. There is no parole in the federal system.

“Dara Buck swore an oath to protect and defend her country, and then engaged in a massive scheme to defraud the nation’s taxpayers,” said U.S. Attorney Estes. “She is now being held accountable for this fraud and betrayal, thanks to the diligence of our civilian and military law enforcement partners.”

As spelled out in the Information and plea agreement, from August 2017 through May 2021, Buck led a conspiracy to fraudulently obtain funding from the Coronavirus Aid, Relief, and Economic Security (CARES) Act’s Paycheck Protection Program (PPP), and to secure the fraudulent discharge of federal student loans using falsified disability claims.

In addition, conspirators paid Buck to submit falsified U.S. Department of Veterans Affairs certifications for total and permanent disability to the U.S. Department of Education in order to fraudulently secure the discharge of more than a dozen student loans totaling more than $1 million.

Sentencing in the case will be held before U.S. District Court Judge R. Stan Baker after completion of a pre-sentencing investigation by the U.S. Probation Office.

“Falsifying documents to gain access to SBA program funds intended for the nation’s small businesses is reprehensible,” said SBA OIG’s Eastern Region Special Agent in Charge Amaleka McCall-Brathwaite. “Our Office will remain relentless in the pursuit of fraudsters who seek to exploit SBA’s vital economic programs. I want to thank the U.S. Attorney’s Office and our law enforcement partners for their dedication and commitment to seeing justice served.”

SBA’s Acting General Counsel, Therese Meers, stated “This is yet a further example of the significant results achieved through the joint efforts of SBA and other Federal agencies to uncover, and forcefully respond to, fraud committed by individuals seeking to abuse SBA’s assistance programs. Identifying, and aggressively pursuing, fraudulent activity which harms not only the Agency’s financial assistance programs, but the public interest, in general, and, in particular, those in our communities that are the intended beneficiaries of such programs, is one of SBA’s top priorities.”

“CW2 Buck choose to dishonor the U.S. Military and defraud the American people she swore to protect and defend,” stated Special Agent in Charge Cynthia A. Bruce, Department of Defense Office of Inspector General, Defense Criminal Investigative Service (DCIS), Southeast Field Office. “DCIS with our investigative counterparts will continue to diligently investigate those who engage in corruption and other illegal acts.”

“This defendant falsified VA disability documents that were, in turn, used to fraudulently discharge federal loans at the taxpayers’ expense for someone who wasn’t even a veteran,” said Special Agent in Charge David Spilker with the Department of Veterans Affairs Office of Inspector General’s Southeast Field Office. “The VA OIG is committed to investigating anyone who would exploit VA’s programs and services and will continue to work closely with our law enforcement partners to hold wrongdoers accountable.”

“The Treasury Inspector General for Tax Administration is committed to protecting the nation’s tax system from waste, fraud and abuse,” said J. Russell George, Treasury Inspector General for Tax Administration. “Abusing a Federal program designed to assist Americans in need by fraudulently applying for loans has and will continue to be aggressively investigated. I want to thank our law enforcement partners and the U.S. Attorney’s office for their commitment to this goal.”

“I’m proud of the OIG Special Agents and our law enforcement colleagues whose efforts brought about today’s action,” said Reginald J. France, Special Agent in Charge of the U.S. Department of Education Office of Inspector General’s Southeastern Regional Office. “The OIG is committed to fighting student aid fraud in all its forms and we will continue to pursue anyone who participants in these types of crimes.”

Anyone with information about allegations of attempted fraud involving COVID-19 can report it by calling the Department of Justice’s National Center for Disaster Fraud (NCDF) Hotline at 866-720-5721 or via the NCDF Web Complaint Form.