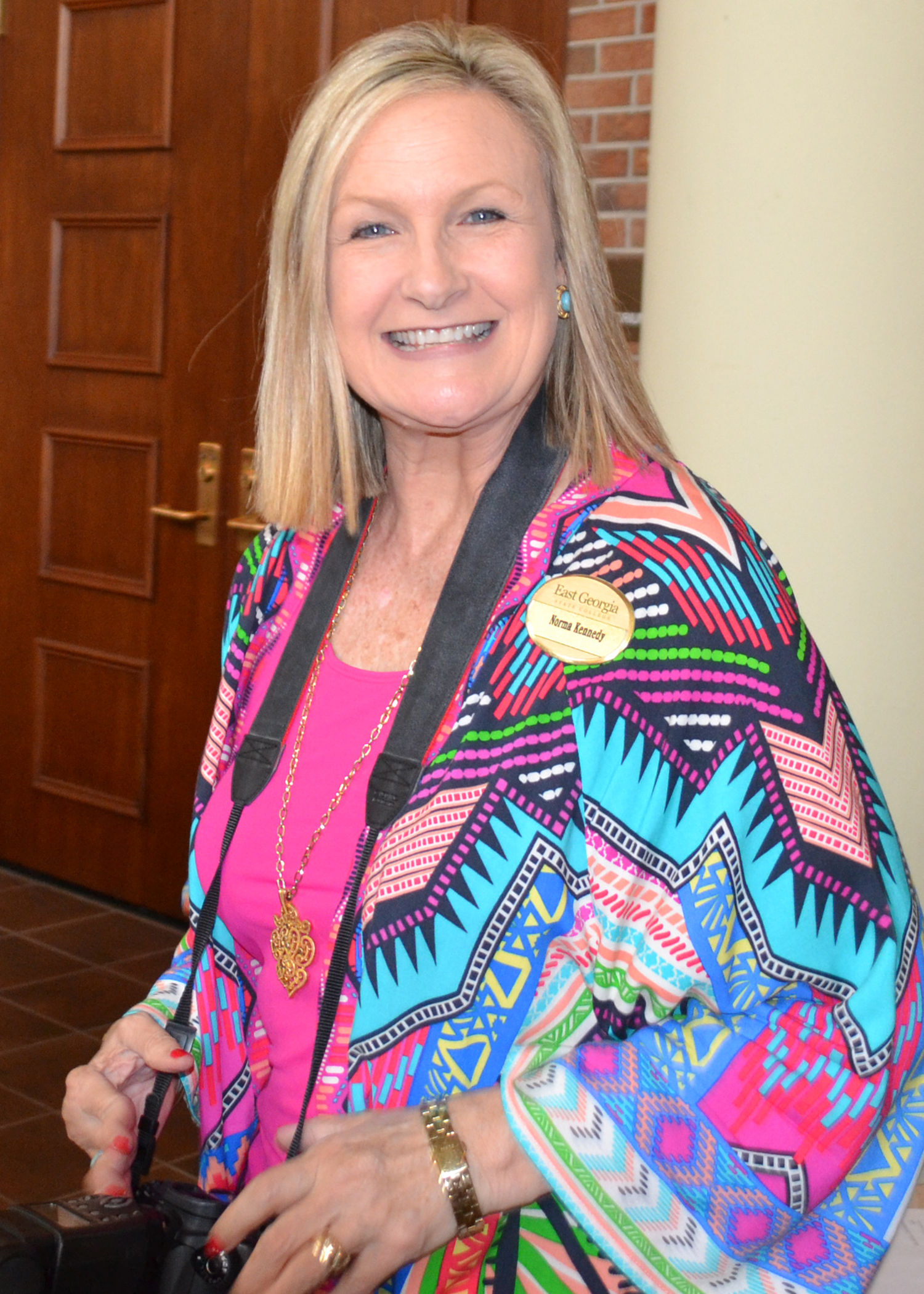 In a statement to EGSC faculty, staff and Foundation Trustees, President David Schecter stated, “I am personally thankful to Norma for the guidance and support she has shown to me during the presidential transition these past few months – she has been an invaluable resource. Her 26 years of service to the University System of Georgia has been exemplary and is greatly appreciated.”

A 1986 alumnus, Kennedy’s career at EGSC began in September 2001 under the leadership of Dr. Jerry Ashcroft following the retirement of Annette Evans. She became the college’s first Director of Human Resources and established a new department, the Office of Human Resources, for the growing college.

In 2008, with the advent of on-campus housing and athletics, President John Black asked Kennedy to step away from her HR duties to become EGSC’s first Director of Marketing. Once again, she established a new department and worked with veteran staffer and Director of PR, Jerry Hooks, to brand the college and expand EGSC’s presence in east central Georgia.

In 2015, President Bob Boehmer, reorganized and created the Office of Institutional Advancement, and Kennedy became the first Associate Vice President for Institutional Advancement, overseeing marketing and communications. In March 2019 she transferred to the President’s Office and became Associate VP for Executive Affairs. In this newly created position, Kennedy provided executive level support to the president, managed operations of the office and assisted the president with speeches, reports, and communication/projects with the University System of Georgia, other institutions, and local legislators.

In May 2019, Kennedy also assumed oversight for the Office of Institutional Advancement, when Elizabeth Gilmer retired. In this role, she managed marketing, communication, development/fundraising, alumni affairs, event planning and facility scheduling, The Morgan House, The Fulford Community Learning Center, website marketing, and served as Executive Director of the EGSC Foundation.

Kennedy received EGSC’s STAR Staff of the Year award in 2013 for Institutional Advancement and again in 2020 for the President’s Office. In 2014 she received the distinguished Communications and Marketing Professional of the Year Award presented by the Georgia Education Advancement Council (GEAC), selected among her colleagues from Georgia’s public (USG and TCSGA) and private institutions of higher education. She served as Chief Public Relations Officer for EGSC and was an active member of the GEAC and the USG Public Relations Association (PRAC) Council. Kennedy is a Class of 1991 graduate of Leadership Emanuel and a 2013 graduate of the Region 9 Regional Economic Leadership Development Program.

Kennedy will be remembered for establishing the EGSC Staff Council in 2003 and the Employee Appreciation and Recognition Program in 2013. She served as Service Excellence Ambassador for EGSC and USG from 2003 – 2018 and was also a Conflict Resolution Mediator for the campus and USG from 2005 – 2010. During her two decades of employment, Kennedy served on the President’s Cabinet and numerous college, USG, and community committees. Two of Kennedy’s most prominent campus roles were serving as a Charter Advisory Board Member and Recorder for the Fulford Community Learning Center from 2010-2015 and Chairing EGSC’s 40th Anniversary Committee in 2013.

Kennedy’s work and leadership are also associated with several institutional recognitions: “Governor’s Award for the Highest Increase in Percent of Participation,” (10%), in the 2003-2004 State Charitable Contributions Program; “Best Colleges to Work For” recognition; and Third place for USG’s Overall Campus Award for Service Excellence in 2017.

Most recently, Kennedy was involved in two major campus projects that could be considered the capstone of her career: She served on the campus team to develop and complete a year-long redesign of the EGSC website to strengthen student recruitment. The site successfully launched on February 23, 2022. Kennedy also served on EGSC’s SACSCOC Reaffirmation Leadership Team in 2020, which took an intense two years of preparation and resulted in the completion of a successful reaccreditation of the college for another 10 years.

Kennedy summed up her sentiments about her long career at EGSC by saying, “I have worked for the best institution, held the best positions and had the most fulfilling and inspiring professional experiences imaginable. I was blessed to work with devoted and highly skilled colleagues and am deeply grateful for the opportunities I had to help others recognize their potential and transform their life through education. These 20 years have been remarkable, and I look forward to the college’s continued growth.”

After residing in Swainsboro/Emanuel County for 41 years, Kennedy has relocated back home to Saint Simons Island where she is once again a happy third generation islander.

A retirement reception honoring Kennedy was held on February 23 in the Rotunda of the Gambrell Building. Colleagues, retirees, family, and friends attended and recognized her with remembrances, gifts, food and a slideshow of photographs recounting her campus involvement over the years