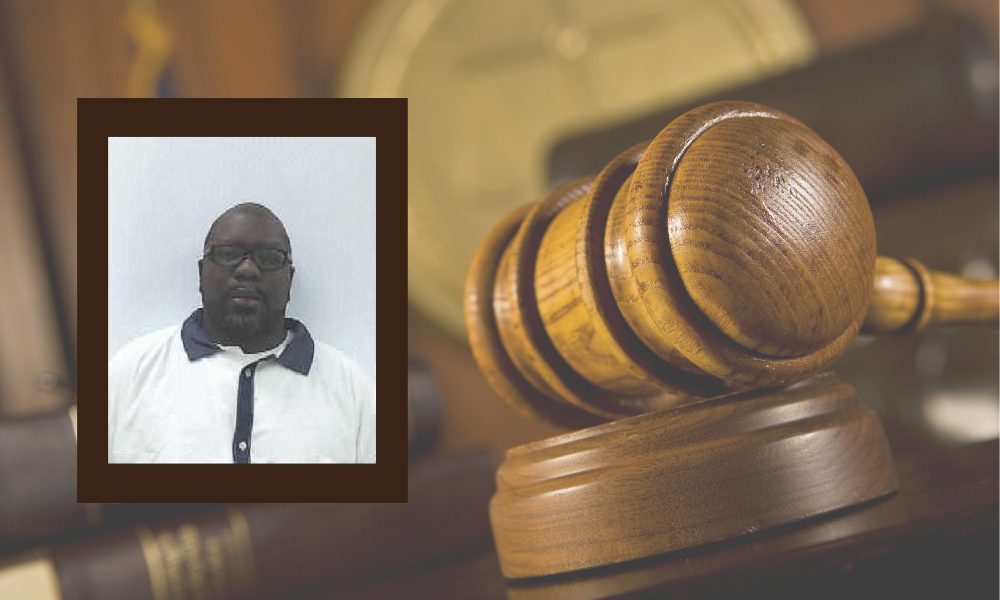 A Georgia law that requires individuals sentenced to death to prove their intellectual disability ‘beyond a reasonable doubt’ before they can be exempt from the death penalty has set a standard so high that no defendant has ever met the burden of proof.

The case the Georgia Supreme Court ruled on this week was no different than all of those that came before as justices upheld the previous rulings in Young v. the State of Georgia, relating to a death sentence for Rodney Young.

Young was arrested for the March 2008 murder of his former girlfriend’s son, Gary Jones, in Covington, GA. He was indicted in June of the same year on one count of malice murder, two counts of felony murder, one count of aggravated assault, and one count of burglary. In August 2008, the state announced its intention to seek the death penalty and four years after the crime was committed, the case was taken to trial.

According to court documents:

Young presented evidence in the guilt/innocence phase in support of a possible finding of “mental retardation” by the jury, including testimony from staff members at his former high school stating that he had been in special education, had been classified as “educable mentally retarded” and therefore must have been tested with an IQ of between 60 and 69, and had struggled intellectually in academics and in sports. However, Young did not present any expert testimony regarding his alleged intellectual disability or any actual IQ test results.

The State also presented testimony from an expert who, although he had not evaluated Young and had not formed an opinion as to whether Young was intellectually disabled, was able to testify about the subject of intellectual disability in general terms.

On February 17, 2012, the jury found Young guilty on all charges and four days later, recommended a death sentence. At the time of his trial, the jury declined to find him “mentally retarded,” a term used 13 years ago but has since been revised under Georgia law to reflect the mental health profession term of ‘intellectually disabled.’

Motions for a new trial were made between March 2012 and September 2017 and the court ultimately denied those motions in April 2019. In June 2019, attorneys for Young appealed the decision. After a number of procedural filings in court outside of the control of Young or his attorneys, the case heard by the Supreme Court in March 2021.

During arguments made before the Georgia Supreme Court in March, attorneys argued Young should not be put to death because of his intellectual disability. Young is currently represented by the American Civil Liberties Union (ACLU) and the Georgia Capital Defender Office.

You can read the 126-page ruling here, which includes an 11-page special concurrence, Presiding Justice David E. Nahmias and the dissent from Justice Charles Bethel.

After reviewing the record, we conclude that the evidence presented in the guilt/innocence phase was sufficient to authorize a rational trier of fact to find beyond a reasonable doubt that Young was guilty of all of the charges of which he was convicted and to find, considering the conflicting testimony on the subject, that Young had failed to prove beyond a reasonable doubt that he was “mentally retarded.”

The trial court properly refused Young’s attempt to plead guilty but mentally retarded to his murder charge in exchange for a life sentence, because the State objected to such a plea.

Young argues that requiring him to prove his intellectual disability beyond a reasonable doubt in order to be exempted from a death sentence was unconstitutional. Seeing no clear direction in the law to hold otherwise, we adhere to our prior decisions upholding Georgia’s standard of proof.

While Georgia was the first state to ban the execution of intellectually disabled persons, it has from the initial adoption of that ban imposed a burden to prove intellectual disability on defendants under a beyond a reasonable doubt standard. This standard of proof has been challenged several times in this Court on constitutional grounds, particularly in light of the fact that some other states impose only a clear and convincing evidence standard on defendants seeking to prove their intellectual disability and the majority of states that still have the death penalty impose only a preponderance of the evidence standard on defendants…

...Thus, in light of the specific statement by the Supreme Court that it had not established any particular procedural standards that must be applied to mental retardation, the similarity of mental retardation claims to claims of insanity at the time of the commission of crimes, and the persuasive effect of having sister states who have refused to declare the preponderance of the evidence standard to be constitutionally required, we held that Georgia’s beyond a reasonable doubt standard was not unconstitutional from a procedural point of view.

The Supreme Court also found that the trial court properly declined to conduct an in camera review of the personnel records of the law enforcement officers who would testify at trial, because Young made no “specific showing of need.”
(Note: in this specific citation by SCOGA, Justice Melton references the Cromartie case from 1994. Cromartie was also convicted of murder and sentenced to death. He was executed in November 2019 as attorneys and the family of the victim objected and lobbied for a reevaluation of evidence that was not considered during the initial trial.)

Finally, the Supreme Court rejected Young’s arguments that he is entitled to a new trial based on several alleged discovery violations by the State, that the jury was not diverse enough, that the trial court did not violate his 6th Amendment rights by having him wear a stun belt during the trial, and that Young’s failure to object to a number of his contentions at trial left the Supreme Court with no purview to consider the objections now.

In his opinion, Presiding Justice David E. Nahmias wrote, “Young and his advocates are also welcome to try to persuade the people of Georgia, through their elected representatives, to revisit [Georgia Code] §17-7-131(c)(3) in light of the extensive developments in the science of intellectual disability and the law in this area since that statute was enacted more than three decades ago; if the General Assembly takes a further humane step with regard to criminal defendants who are potentially intellectually disabled, I would embrace that change.

Justice Charles Bethel penned a dissenting opinion in which he referenced the 2014 decision in Hall v. Florida by the U.S. Supreme Court:

“we have learned that States are not authorized to enforce legislative rules or judicial tests that by design or operation create ‘an unacceptable risk that persons with intellectual disability will be executed. The question before us, then, is whether Georgia’s requirement that a defendant prove his or her own intellectual disability beyond a reasonable doubt creates ‘an unacceptable risk that an intellectually disabled person will be executed. Here, the existence of such a risk seems plain.”

“Georgia’s uniquely high and onerous burden means that people with intellectual disability will be executed, just as Warren Hill was executed in 2015, despite every expert who interviewed him affirming his intellectual disability. As four of the Georgia justices recognized, today’s decision violates the reasoning of recent U.S. Supreme Court decisions forbidding states from upholding procedures that create unacceptable risks of executing persons with intellectual disability. We will take Mr. Young’s case to the U.S. Supreme Court and ask it to correct the injustices coming out of Georgia once and for all. We won’t stop fighting for Rodney Young.”