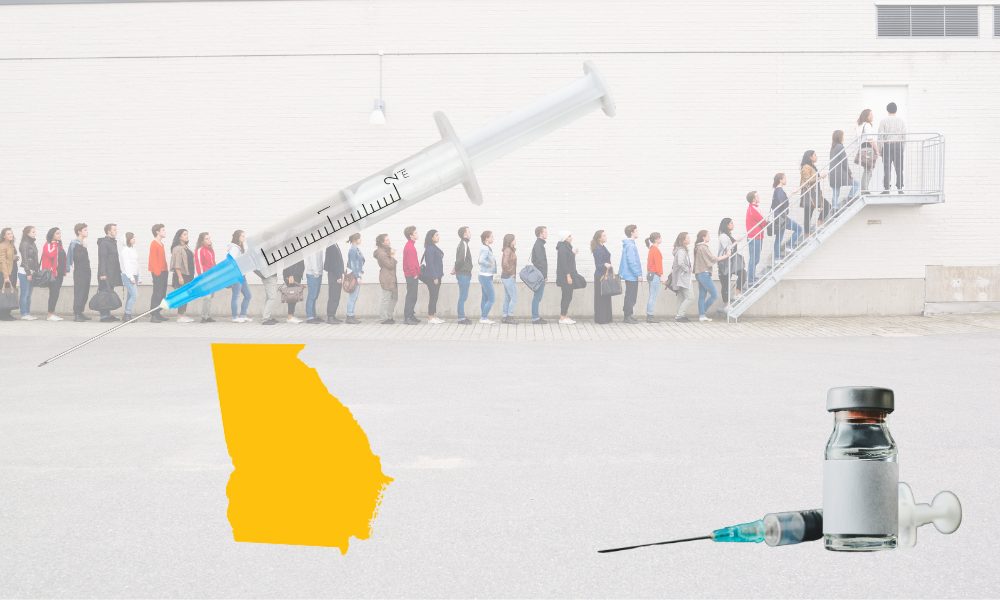 Governor Kemp held a press conference Tuesday afternoon to provide an update on the state’s COVID-19 vaccine roll out.

Joined by First Lady Mary Kemp, Dr. Toomey, and Director Stallings, Kemp said beginning Thursday, March 25, 2021, all individuals over the age of 16 will be eligible for the COVID-19 vaccine in Georgia.

The announcement made Tuesday shows an accelerated rollout date for adults, coming into play earlier than previously planned. In early March, Kemp said the state’s plan would incorporate ‘all adults’ in early April of this year.

The state has a number of mass vaccination site in operation, including the most recently organized spot at Mercedes-Benz Stadium in Atlanta. The site, which is federally funded, is set to begin vaccinating on Wednesday and is expected to administer upwards of 6,000 shots per day.

The AJC reported Monday that ‘Georgia has administered more than 460,000 doses in the last week, the highest weekly total yet since it began receiving the vaccine in late December.’

As of March 19, over 3 million vaccines had been administered in Georgia – approximately 82% of the doses allocated to the state. The number includes one million Georgians over the age of 65, which accounts for 72% of Georgia’s senior population.