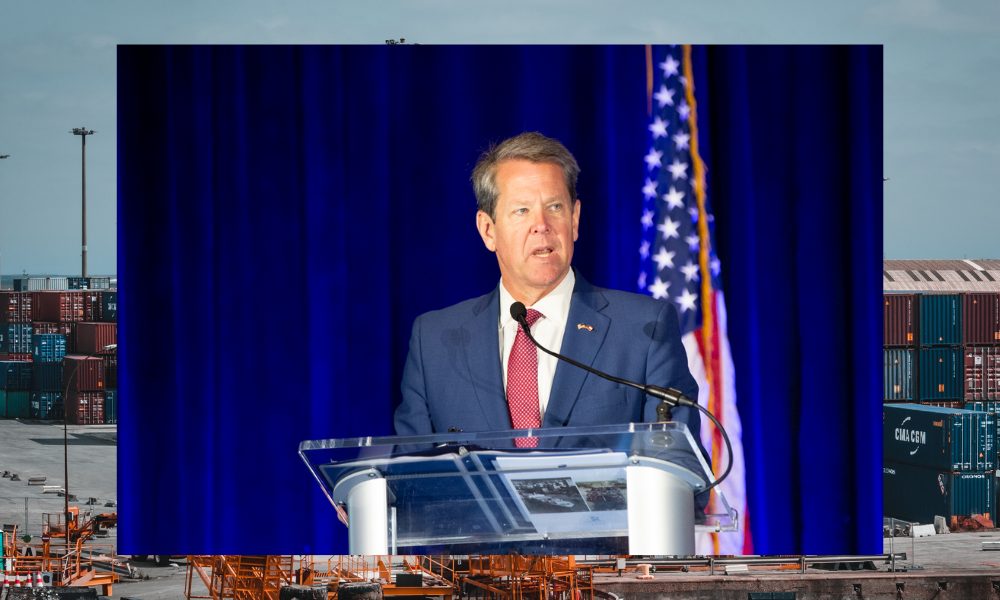 “As one of our most important assets for economic development, our ports play an important role in driving employment and opportunity for communities in every corner of the Peach State,” said Gov. Brian Kemp, who addressed the opening session of the GFTC. “Expansion of both capacity and capability at the Port of Savannah will help fuel our continued economic recovery, which is excellent news for hardworking Georgians employed across a wide range of industries.”

Expansion efforts include the Peak Capacity project, which will add 650,000 TEUs of annual container yard capacity in two phases at Garden City Terminal, with the first phase opening in five months.

Another main component of the expansion plan is the development of 92 acres GPA purchased last year adjacent to the Mason Mega Rail Terminal. Housing approximately 40 rubber-tired gantry cranes and adding 750,000 TEUs of annual capacity, the development will be commissioned within two years.

“I am proud of how our team has not only handled unprecedented cargo volume, but simultaneously advanced long-term capacity enhancements that existed only on paper into fully-funded projects that will begin coming online this September,” said GPA Executive Director Griff Lynch.

In addition to these projects, Lynch detailed a plan to add a transloading facility on a 90-acre parcel just upriver from Garden City Terminal. He said a cross-docking warehouse will be completed in 15 months, served by a yard with nine RTG cranes and an annual capacity of 400,000 TEUs. The new expansion will also improve availability of chassis and empty containers at Garden City Terminal.

“The long-term success of the port is tied to staying ahead of the growth curve,” said GPA Board Chairman Will McKnight. “Once again, the team has risen to the occasion and developed an excellent plan to keep pace with customers who have determined that Georgia is the best state in the country to do business.”

Since November, the Georgia Ports Authority Board has approved $305 million in projects to increase Savannah’s annual TEU capacity from 5.4 million to 6.8 million.

GPA has also started construction to straighten a bend at Berth 1 of Garden City Terminal, to allow the Port of Savannah to simultaneously serve four 16,000-TEU vessels, as well as three additional ships. Berth 1 renovations will add an estimated 1 million TEUs per year of berth capacity by June 2023.