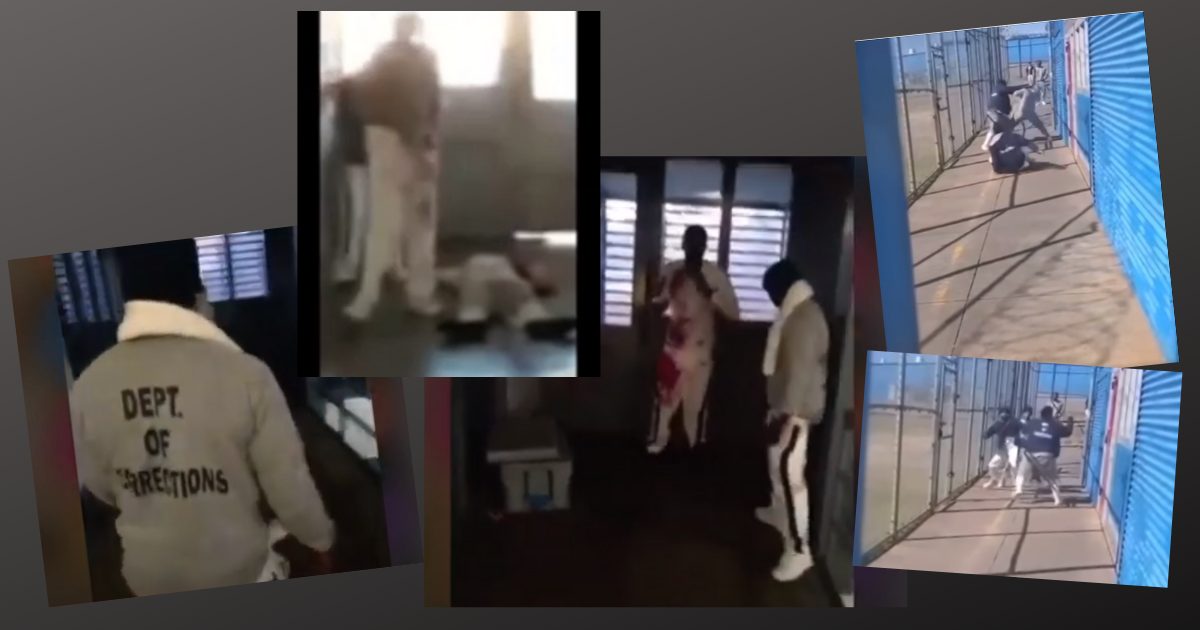 Cell phone video from inside Georgia’s Ware State Prison shows violence, stabbings, and other vicious assaults between inmates over the last 24 hours…without a corrections officer in sight.

Warning – videos within this article contain violence and explicit language. It is not suitable for all audiences. Viewer discretion is advised.

The video leaks come just one week after Commissioner Timothy Ward told Georgia lawmakers his plans for FY 2023. Ward said the Governor was ‘giving him’ $600 million to purchase a new facility and build another additional prison. The videos circulating on social media, however, reinforce that the ongoing violence and staffing shortages are not limited to the facility the state has pledged to close.

Last week, officials announced that Georgia State Prison, the state’s oldest facility, would close its doors. GSP has long jockeyed for first place as one of the most dangerous prisons in the state. News of inmate-on-inmate and inmate-on-correctional officer violence at GSP spreads in abundance. The Georgia Virtue has highlighted both the financial and socioeconomic effects on the Tattnall County community, including how citizens are impacted. And just last month, a corrections officer testified during a court proceeding about how staff shortages impact safety for everyone. The officer said that he, alone, routinely supervises eight dorms across two buildings with upwards of 375 inmates. His accounts of incidents were astounding, particularly as he referred to a murder as one with ‘more than the usual’ amount of blood for a GSP murder.

But the videos coming out of Ware State Prison leave much to be desired for security behind the walls of Georgia correctional facilities.

In one video, an inmate can be seen being hit, punched, and stabbed by another inmate. Other inmates are gathered around and using a cell phone to video. After multiple blows, the assaulted inmate stands up with blood-soaked clothing. He then bangs on the door for assistance from GDC employees. The video, which is two minutes long, does not show staff responding.

The Human and Civil Rights Coalition of Georgia posted another altercation between at least two inmates. The two appeared to have makeshift weapons in their hands in a side yard outside.

The organization captioned the video, saying “Timothy Ward. “Nothing to see here.” “Everyone is safe.” “We’re following all the rules.” This is why there was so much talk last week about cell phone jammers. So the general public can’t see the violence and inhumane treatment taking place in these prisons.”

As of 6:00 p.m. on February 2, 2022, the Department of Corrections had not commented. Social media accounts detailed recent promotions by the agency and upcoming job fairs. The press release portal was also absent of any information on the ‘disturbance.’

According to unconfirmed reports by family members with loved ones inside Ware SP, at least four people have been stabbed since the uprising. The facility remains on lockdown, for some.

Ware State Prison violence is not new, nor are the ‘disturbances.’ One ‘disturbance’ in 2020 left inmates dead and correctional officers injured. Videos from that incident showed chaos and violence as parts of the prison were engulfed in flames. The acts could easily pass for a ‘riot.’ The Georgia Department of Corrections has never commented on the incident as a whole other than to deem it…’a disturbance.’

Ware State Prison is among the facilities where the bulk of remaining GSP inmates are expected to transfer upon closure of the facility in Tattnall County.

In this article:Georgia Department of Corrections, statevideo, Ware State Prison