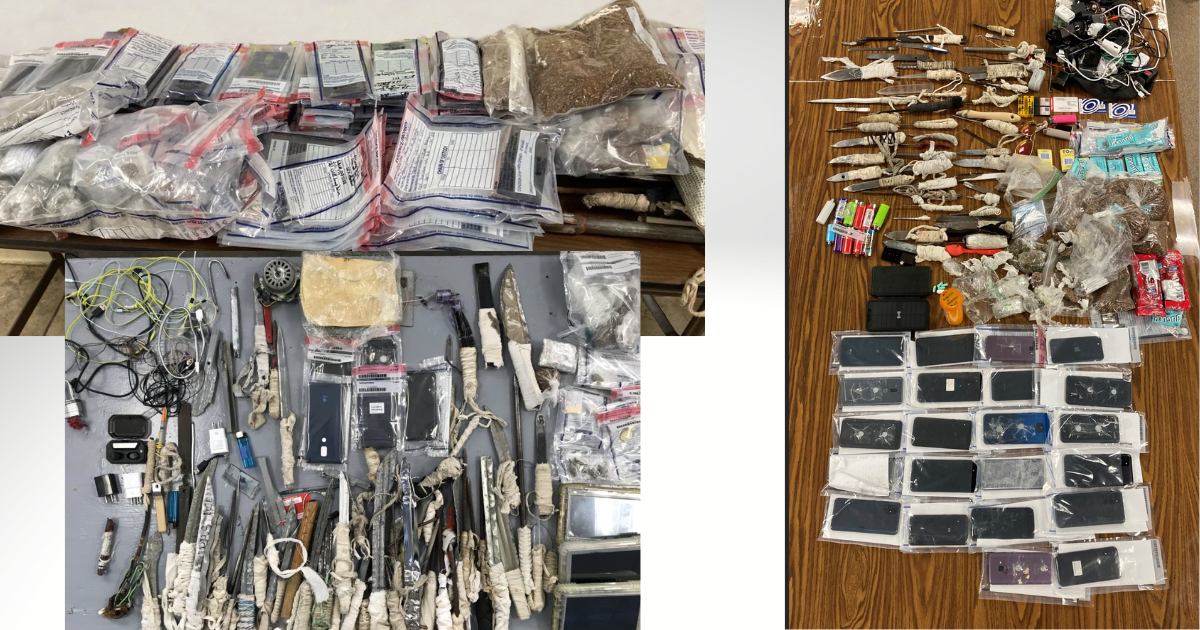 The Georgia Department of Corrections is touting recent contraband seizures following a series of shakedowns.

The Georgia Department of Corrections (GDC) announced the completion of five full-facility shakedowns as part of their continuing efforts to eradicate our prisons of dangerous contraband.  The agency made no comments about how the items made their way into facilities in the first place.

GDC Tactical Squads, Immediate Response Team, Investigators and Agents conducted the unannounced shakedowns at Coastal, Central, Dooly, Lee, and Valdosta State Prisons and were successful in seizing more than 1,000 total items which could be used by inmates to conduct criminal activity within the walls of these facilities.

As a result of these most recent shakedowns, the following illegal contraband was confiscated:

GDC says the agency “remains committed to ensuring the safety of both staff and inmates,” and that their security processes are ongoing. The state agency says they conduct “Quick Strike” health and wellness checks, have implemented state-of-the art technological systems, and made enhancements to their front-line and perimeter detection procedures.

Nevertheless, crime on the inside continues to penetrate the walls of GDC facilities and make its way to the outside.

In this article:Georgia Department of Corrections