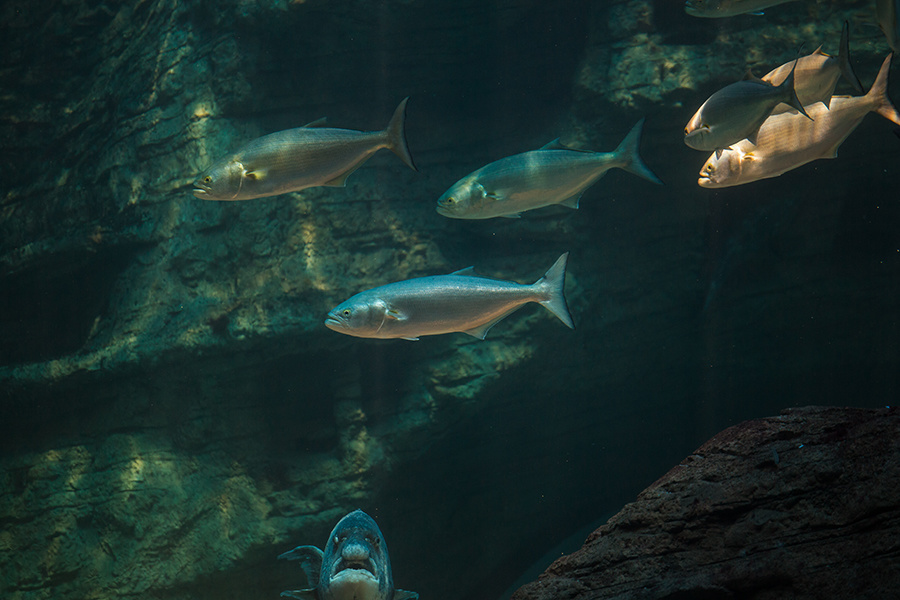 The Georgia Department of Natural Resources (DNR) announced it will close the recreational Bluefish (Pomatomus saltatrix) fishery in March and April of 2021.

The fishery was also closed during that same time period in 2020 as state fishery managers seek to find a suitable solution to meet an interstate fishery-management agency mandate to reduce the number of Bluefish recreationally harvested every year across the east coast.

“A stock assessment by the Atlantic States Marine Fisheries Commission (ASFMC) found that Bluefish are overfished,” said Dr. Carolyn Belcher, chief of marine fisheries for DNR’s Coastal Resources Division (CRD). “This means that Bluefish populations have been reduced to a level where they’re in jeopardy of not reaching the maximum sustainable yield, and this inter-state fishery commission is seeking to find a solution across its member states.”

To allow Bluefish to rebound, the ASFMC in 2020 directed its 15 member states, including Georgia, to reduce harvest. ASFMC recommended a limit of three Bluefish per angler or five fish per for-hire client per day in its member states. However, Georgia’s current limit is 15 Bluefish per day, and the state’s annual harvest accounts for less than one percent of Atlantic coastwide recreational landings.

“Reducing the Bluefish limit from 15 to three overnight was a bit extreme in our situation,” Belcher said. “Bluefish account for such a small number of what anglers catch in Georgia, so we came up with an alternative solution to satisfy the ASMFC mandate to reduce Bluefish landings (in pounds) by about 8 percent while not reducing Georgia’s bag limit. By simply closing the Bluefish fishery for two months, our data says we can achieve the necessary reduction with minimal impact on anglers.”

Georgia law allows for the Commissioner of Natural Resources, Mark Williams, to close a fishery for up to six months through an administrative order. This law gives the Commissioner flexibility in situations like the one affecting Bluefish, Belcher said.

To seek a more permanent solution, CRD fishery managers are asking the ASMFC to classify Bluefish in Georgia as “de minimis,” which would declare that Georgia’s Bluefish harvest is insignificant in the overall management of the species. If granted “de minimis” status, Georgia may be exempt from future ASMFC Bluefish management directives.

Bluefish are a highly migratory species that occur from Maine to Florida. Population target levels are significantly below where fishery managers would like, and a fishery management plan has been in place since 1989.

The fast-growing fish live up to 12 years and can reach up to 31 pounds and 39 inches. The diet of Bluefish consists mainly of Menhaden and smaller fish such as Silversides. Large predators, including sharks and Swordfish prey on Bluefish.