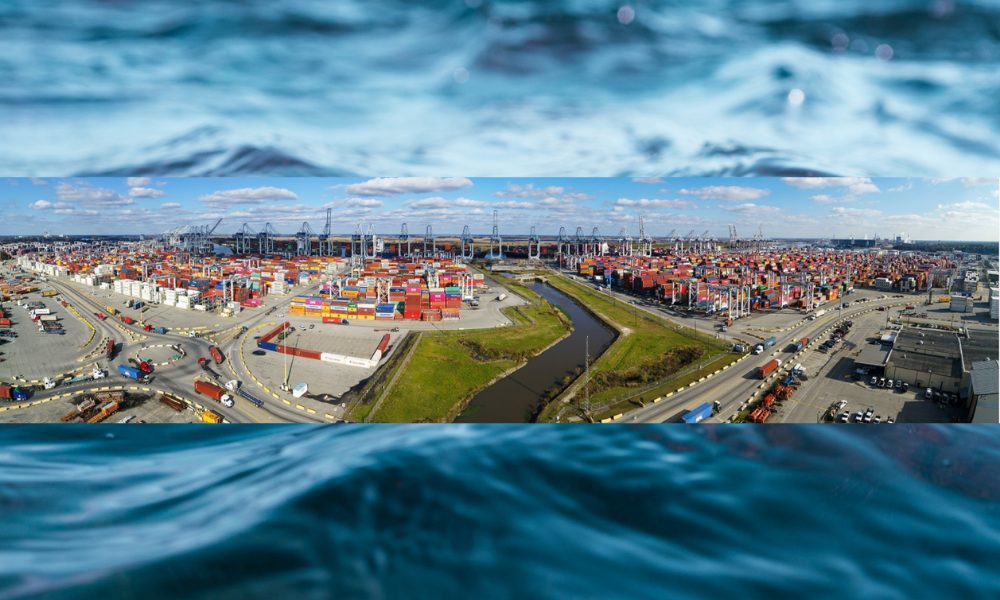 On Monday, the Georgia Ports Authority Board approved capital improvement projects that will increase the Port of Savannah’s container capacity by 20 percent.

“Right now, we are moving container volumes that we did not expect to see for another four years,” said GPA Executive Director Griff Lynch. “Our employees are working very hard to ensure we continue to provide our customers with world-class service. Additionally, we are expediting capacity projects that will increase the speed and fluidity of cargo handling at the Port of Savannah.”

The board approved a terminal enhancement dubbed the Peak Capacity project, which will establish 2,100 new grounded container slots. The project will add 650,000 twenty-foot equivalent container units of annual container yard capacity in two phases, with the first opening in September.

“Georgia’s container trade has experienced unprecedented growth over the past six months,” said GPA Board Chairman Will McKnight. “This addition is among several that will address the needs of port users experiencing a sharp increase in demand, while also preparing Savannah to take on additional business over the long term.”

In its busiest February ever, the Port of Savannah moved 390,804 TEUs of cargo, an increase of 7.2 percent, or 26,400 TEUs compared to February 2020. Between September and February, GPA handled 2.64 million TEUs, an increase of nearly 375,000, or 16.5 percent, compared to the same six-month period a year ago. “In terms of cargo volumes, we’ve added the equivalent of an extra month of trade since September,” Lynch said.

In addition to the Peak Capacity project, the board approved a Berth 1 renovation that will increase berth capacity by an estimated 1 million TEUs per year by June 2023. This will bring Garden City Terminal’s new total to 6 Million TEUs of annual berth capacity.

Higher volumes moving through the Port of Savannah have contributed to an industrial market growth rate that was highest in the nation for 2020, in terms of net absorption as a percent of total inventory. Last year, private operators filled 10 million square feet of industrial space in Savannah, or nearly 13 percent of the total market according to a report from CBRE. The commercial real estate firm stated GPA’s record-setting business also helped Atlanta’s industrial market absorb over 20 million square feet in 2020, third most in the nation.

Also Monday, the GPA Board approved the purchase of 20 new rubber-tired gantry cranes. The new RTGs will be tall enough to stand over six containers, one higher than Savannah’s older RTGs, allowing for additional capacity in the same terminal footprint.

On Feb. 22, an expanded container operation came online at Savannah’s Ocean Terminal, bringing annual capacity there to 250,000 TEUs. “The new capacity at OT will ensure our shipping line customers see no service delays while GPA is straightening Berth 1 at Garden City Terminal,” McKnight said. “In light of unprecedented demand, we’re taking advantage of every opportunity to grow capacity at our deepwater terminals.”

Since the upswing in containerized cargo began last fall, GPA has seen significant growth in categories such as machinery, appliances and electronics; hardware and houseware; food; furniture; apparel; and textiles.

“Thanks to the hard work of GPA employees and our partners at the International Longshoremen’s Association, motor carriers and rail, we achieved our busiest February ever,” said Lynch. “With consumers spending less on travel and services, they’re devoting more of their income to goods purchases, which has resulted in increased container volumes.”

Rail cargo outpaced the growth of the overall container trade in February, with intermodal lifts at Garden City Terminal reaching approximately 77,500 TEUs for the month, an increase of 12.6 percent, or nearly 8,700 TEUs. The Appalachian Regional Port also had its busiest February ever, with the inland rail yard handling 4,955 TEUs of trade.

In Brunswick Roll-on/Roll-off trade, Georgia Ports achieved 23 percent growth in February, handling 50,945 units of autos and heavy machinery, up 9,518 units compared to February 2020. “The re-opening of domestic and overseas auto plants has resulted in an upward trend in Roll-on/Roll-off volumes at Colonel’s Island Terminal in Brunswick and at Savannah’s Ocean Terminal, which we expect to continue,” Lynch said.

GPA has received a permit from the U.S. Army Corps of Engineers to develop a fourth berth for Ro/Ro cargo at Colonel’s Island Terminal in Brunswick. The project, currently in the engineering phase, will provide increased speed and flexibility in auto processing.