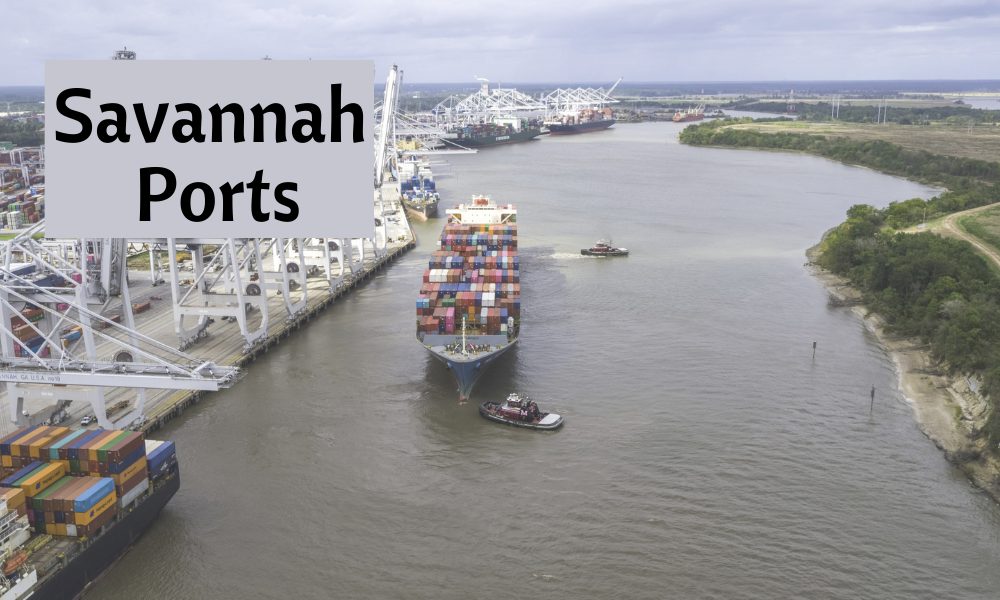 The Georgia Ports Authority moved more than 4.68 million twenty-foot equivalent container units in 2020, up 1.8 percent over its 2019 total of 4.59 million. Total cargo crossing all docks in 2020 reached 38.4 million tons.

“Coming through this year with modest growth is a major accomplishment for Georgia’s ports and our partners throughout the private logistics community,” said Georgia Gov. Brian Kemp. “With unmatched terminal operations, superior road and rail connections, and reliable third-party service providers, there are no better run ports in the nation.”

The Port of Savannah achieved its busiest December ever last month, moving 447,525 TEUs, an increase of 24 percent, or 86,700, compared to December 2019. Total cargo crossing all docks reached 3.33 million tons last month, up 12.5 percent. Rail volumes for the month grew 16.4 percent, or approximately 10,900 TEUs, for a total of 77,230. Intermodal cargo represented 17.4 percent of December container volumes.

“Savannah’s capacity to take on additional trade as well as its diversified cargo portfolio – including ecommerce and strong export markets – helped to drive business gains,” said GPA Executive Director Griff Lynch. “Additionally, a housing boom has translated into strong demand for furniture, appliances and other home goods crossing our docks. We remain optimistic that the conditions for growth will continue, but it is too early to know if the pace of cargo expansion will carry on as it has.”

During the time when manufacturers around the world were shuttering plants, Georgia exports held steady over the calendar year, at 2.3 million TEUs. Export container volumes were led by food, forest products, cotton, clay, automotive goods and chemicals. The Port of Savannah maintained a near-even trade balance of 51 percent import and 49 percent export, rare for the industry.

“Efficient global connections make export goods more competitive on international markets, and as our 37 weekly vessel calls show, shipping lines are drawn to ports with balanced trade,” said GPA Board Chairman Will McKnight. “By supporting small businesses and major industries, our terminals are key to attracting and retaining good jobs for Georgians.”

Another bright spot for the calendar year was the Appalachian Regional Port. The ARP handled 59,000 TEUs in 2020, up by 25,000 or 73 percent compared to the previous year. “More customers are seeing the benefit of moving cargo by rail to the ARP, then using shorter truck routes to nearby portions of Georgia, Tennessee and Alabama,” Lynch said.

At the Port of Savannah, growing container trade over the last five months of the year followed five consecutive months of lower volumes.

“Despite the current uncertainty, the Authority has remained steadfast in its commitment to build for the future,” McKnight said. “Expanding our berth capacity, growing Savannah’s crane fleet, adding container storage space and moving forward on the Mason Mega Rail Project are some examples of those efforts.”

“Even during the pandemic, we’ve seen successes such as expanding trade with Memphis customers,” McKnight said. “As a major intermodal center, Memphis is a key market for expansion of Savannah’s rail service.”

In CY2020, Memphis customers accounted for 178,000 TEUs of loaded rail cargo for the Port of Savannah, an increase of 3 percent or more than 4,800 TEUs. Memphis is GPA’s second busiest inland rail market after Atlanta.

With Phase I of the Mason Mega Rail Terminal operational, Class I railroads CSX and Norfolk Southern are able to make cargo available for pickup in Memphis within three days of being offloaded from a vessel. Major Memphis exports crossing GPA docks include cotton, logs, chemicals and machinery, while major imports include auto parts, electronics, furniture and apparel.

While the container trade ended the year in positive territory, the auto industry was harder hit, with both manufacturing and sales experiencing a difficult year related to the pandemic. Roll-on/Roll-off cargo totaled 602,748 units for the year at GPA, a decrease of 8 percent, or 55,000 units. However, momentum has increased in recent months, with Ro/Ro trade between August and December up 15,000 units compared to the same period in 2019. December 2020 Ro/Ro units totaled 70,266, up 22.5 percent.