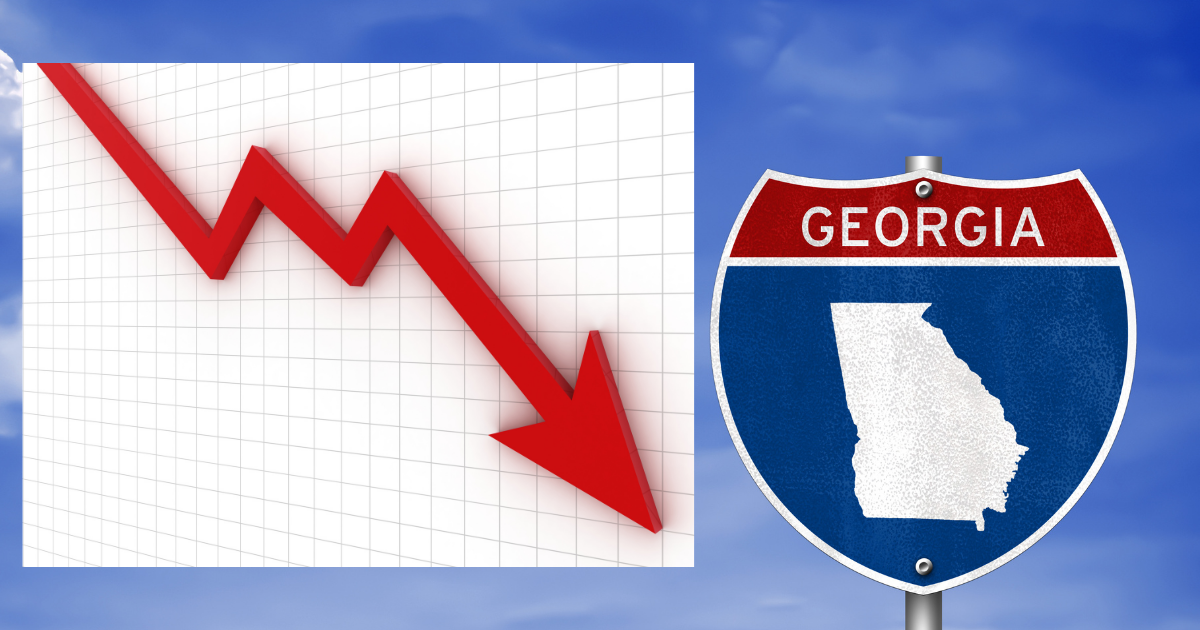 (The Center Square) — A shrinking gross domestic product could cost Georgia taxpayers and is likely to hurt middle-class Georgians in particular as the country appears headed toward a recession, a non-profit policy group said this week.

“The tab is coming due for all the reckless stimulus spending during the COVID-19 pandemic,” Erik Randolph, director of research for the Georgia Center for Opportunity, said in a statement. “The declining GDP in the first quarter is the strongest indicator yet that our nation is headed into a recession.”

According to the Bureau of Economic Analysis, the nation’s GDP declined at a 1.4% rate in the first quarter of 2022. Analysts had expected a 1% gain, CNBC reported.

“Even worse, our trajectory is straight toward stagflation, an environment marked by rampant inflation combined with high unemployment,” Randolph added. “This will hurt poor and middle-class Americans the most.”

When asked by The Center Square about the GDP, Gov. Brian Kemp, a Republican, squarely blamed President Joe Biden, a Democrat, saying the decline is a sign that his administration’s policies aren’t working.

“This decline in GDP, coupled with Bidenflation, is just the latest sign that the president’s policies are not working for America and hardworking Georgians,” Kemp told The Center Square. “We are doing all we can to provide relief to those who live, work, and raise families in the Peach State, including a tax refund that puts over $1 billion back into the hands of Georgians, a temporary halt of the state gas tax, and a new state of emergency declaration that I issued on April 14th to help address supply chain disruptions exacerbated by the president’s policies.

“Thankfully, the Georgia Ports Authority — a national model for other ports, due to its innovative approach to increasing capacity — and our skilled truckers have been invaluable assets in confronting these ongoing challenges,” the governor added. “We can’t fix everything that Washington has broken, but we’ll continue to do what we can to lessen the impact on Georgians’ wallets.”