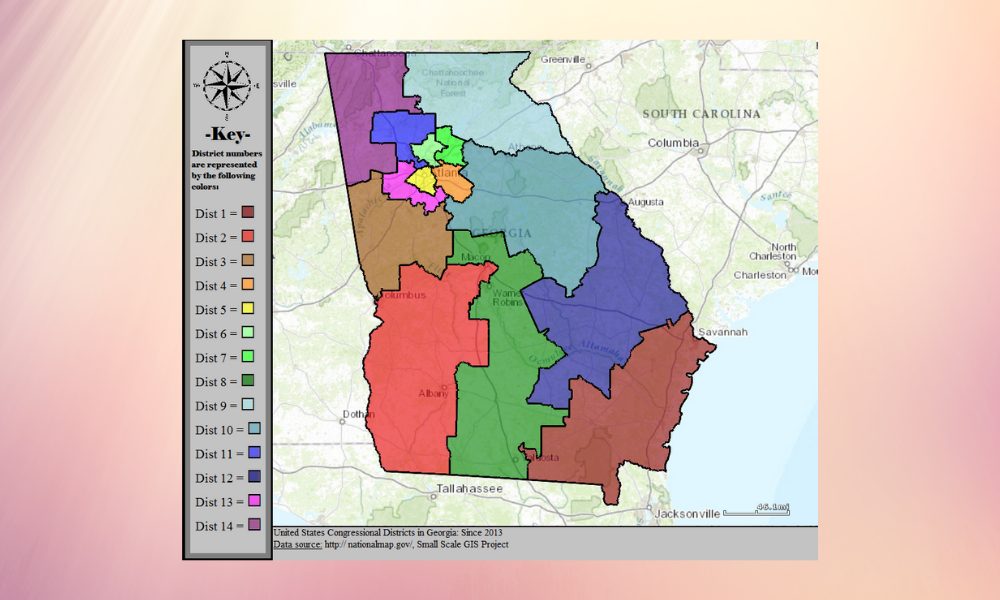 (The Center Square) – New apportionment figures released by the U.S. Census Bureau show Georgia’s population grew by 1 million people from 2010 to 2020, but that was not enough to gain a new congressional seat.

Each state is assigned congressional seats based on population counts by the U.S. Census Bureau. Georgia has 14 congressional districts. District lines are redrawn every 10 years after the census is completed.

The apportionment data released Monday showed states’ population growth. It was scheduled to be delivered at the end of December but was delayed by the pandemic and natural disasters, Census Bureau officials said. The local counts used for redistricting will be delivered to states by Sept. 30, the bureau said.

“We adapted our operations to protect the health and safety of our staff and the public, and we adapted our schedule to ensure we could deliver high-quality statistics,” said Ron Jarmin, the acting director of the U.S. Census Bureau.

Georgia’s reapportionment and redistricting process will be delayed by a few months, said state Rep. Darlene Taylor, vice chair of the House Committee on Legislative and Congressional Reapportionment. The committee is responsible for drawing the boundaries of Georgia’s state House, state Senate and U.S. House districts.

Both chambers of the General Assembly have a committee responsible for overseeing the redistricting process. Once committee members receive the Census data, they work with legislative staff to examine changes in the data. Local leaders and the public are allowed to give input before and after the maps are drawn.

“That’s one of the most important things I think is continuity of character of the district,” said Taylor, R-Thomasville. “It’s very difficult to have a very metropolitan area, merging in with a very rural.”

Both chambers finalize the district maps during a special session called by the governor, who has the final say to veto or approve the maps. The session is usually at the end of summer or early fall, but Taylor expects the session to be in late fall now. Georgia does not have a statutory or constitutional deadline for legislative redistricting. Lawmakers should complete the process ahead of the 2022 election cycle. The general primary election is May 24, 2022.

“I’m in a rural area, and I would think most of our counties are pretty much the same in our area,” Taylor said. “When you get up into the metropolitan areas, it gets a little different. You don’t have a lot of [agriculture] up there, you have more industry and residential neighborhoods, and I think you would try to build your districts in that manner.”

Political analysts also said the migration patterns could lead to a shift in political dynamics.

Research analysis conducted by University of Maryland and Washington University professors found that partisan politics is rooted in geography and proximity to a major city.

“Geography is related to substantial differences in partisanship even after accounting for a host of individual traits like age, race, gender, education and religious adherence,” analysts wrote.

Georgia’s congressional leadership is majority Republican, with eight representatives. There are six Democratic U.S. representatives for Georgia. In the November election, Democrat Carolyn Bourdeaux secured the seat in the 7th Congressional District, even though it had been occupied by a Republican since 2000. Democrats also flipped the state’s two U.S. Senate seats in the last election.