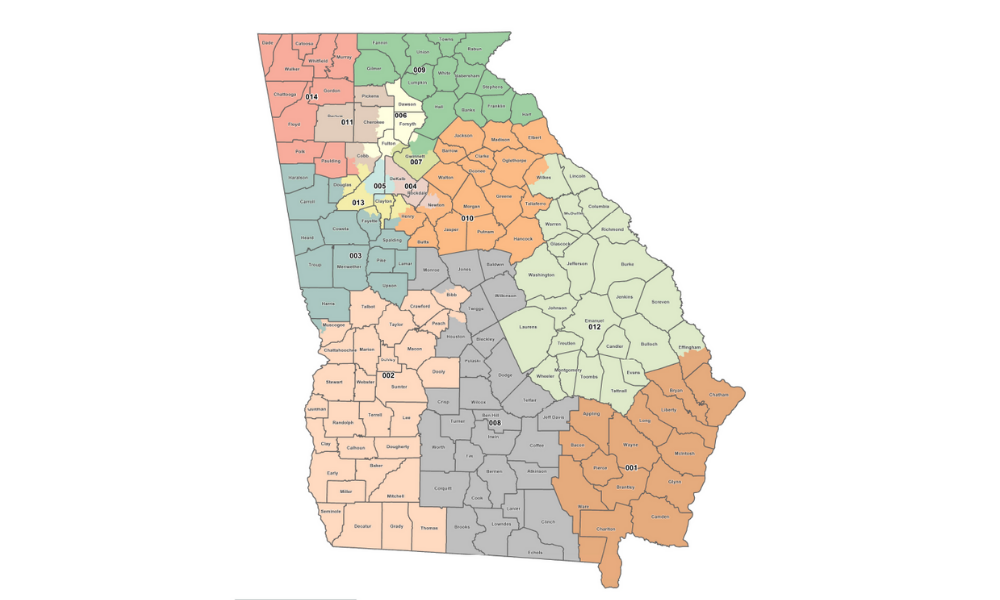 The Georgia General Assembly is poised to vote this week on a new congressional legislative district map.

Touting a transparent process that included more than 20 hours of public testimony and thousands of online comments, Republicans, who lead the Legislature and the redistricting process, said the proposed congressional map follows all of the required guidelines.

U.S. Census Bureau data showed Georgia’s population grew by 1 million people from 2010 to 2020. The Legislature must redraw congressional maps to reflect the increase in population. Unlike members of the General Assembly, members of Congress do not have to live in their district.

Census data showed the 7th Congressional District, located north of Atlanta, has more than 100,000 residents than it should. Each of the state’s 14 congressional districts must have about 765,000 residents to be separated equally. Republicans also hold the majority among the state’s congressional delegation. There are eight Republican U.S. representatives and six Democratic representatives for Georgia. Analysts said the proposed map could flip a Democratic seat.

The Princeton Gerrymandering Project gave the proposed map a C grade for partisan fairness, given the Republican advantage. It also earned a C grade from the organization for its competitiveness.

Analysts believe the 6th Congressional District, currently represented by Democratic U.S. Rep. Lucy McBath, could be converted to Republican. McBath flipped the seat from Republican to Democrat in 2018. She is serving her second term for the district, which includes parts of Cobb, Fulton and DeKalb counties.

On the draft map, the 6th Congressional District includes most of Fulton and Forsyth counties, Dawson County and a small portion of Cherokee County. Cobb, Fulton and DeKalb largely vote Democratic, while the majority of Forsyth, Dawson and Cherokee votes Republican.

Residents said the reformatting of the district splits up the Asian-American community in north Fulton and adds more white voters to the majority-minority district. Cindy Battles, director of policy engagement for the Georgia Coalition for the People’s Agenda, said lawmakers could have made the changes to the 7th District, which is currently represented by a white lawmaker, instead of targeting McBath, who is Black.

The census data showed minority populations have increased in Georgia, and the Voting Rights Act prohibits lawmakers from drawing discriminatory maps. Other residents also questioned lawmakers’ decision to change the district and split District 4 and the Warner Robins community.

The 7th Congressional District currently includes portions of Forsyth and Gwinnett counties. The draft map expands the district more into Gwinnett County. Census data showed the county has grown more diverse over the past decade. Democrat U.S. Rep. Carolyn Bourdeaux secured a one-point win over Republican Rich McCormick in the 2020 general election for the 7th Congressional District. The seat previously was held by a Republican since 2000.

The Senate Reapportionment and Redistricting Committee will allow more public comment on the proposal Thursday before a vote. The House Legislative and Congressional Reapportionment Committee will hold hearings through Friday. The map must be approved by the full Senate and House before being sent to Gov. Brian Kemp.