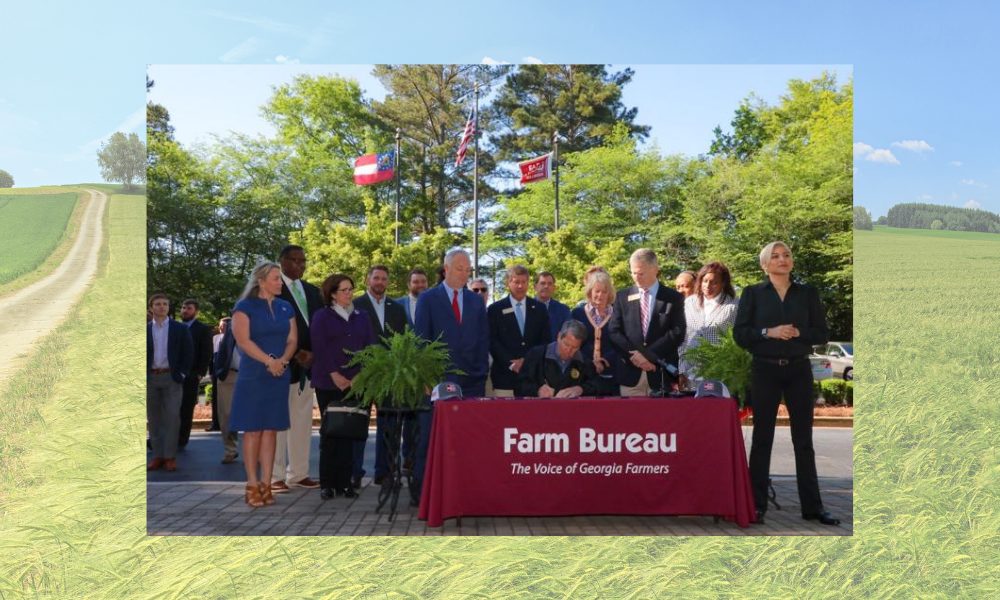 (The Center Square) – Georgia voters will decide whether to exempt certain farmers from taxes under a bill signed into law Friday by Gov. Brian Kemp.

House Bill 498 will let Georgia voters decide in the November 2022 election whether family farms that form partnerships may have the same ad valorem tax exemption on farm equipment they qualified for before merging.

Voters also would have to approve adding dairy products and unfertilized eggs of poultry to the list of farm products that qualify for tax exemption. HB 498 also exempts sales and use tax for out-of-state transactions involving mechanically propelled watercraft by Georgia dealers.

The bill is one of eight agriculture bills Kemp signed Friday at the Georgia Farm Bureau.

Under the bill, once a prospective hemp grower or processor receives an application, they must be fingerprinted for a background check. The Georgia Department of Agriculture is required to send the fingerprints to the FBI under HB 336.

A group of about 100 Georgia agriculture and forestry leaders attended the bill ceremony Friday and applauded Kemp’s support for the measure.

With more than $74 billion in economic impact every year, agriculture is Georgia’s leading industry, according to the Georgia Department of Economic Development. State officials said Georgia has 9.9 million acres of farmland.