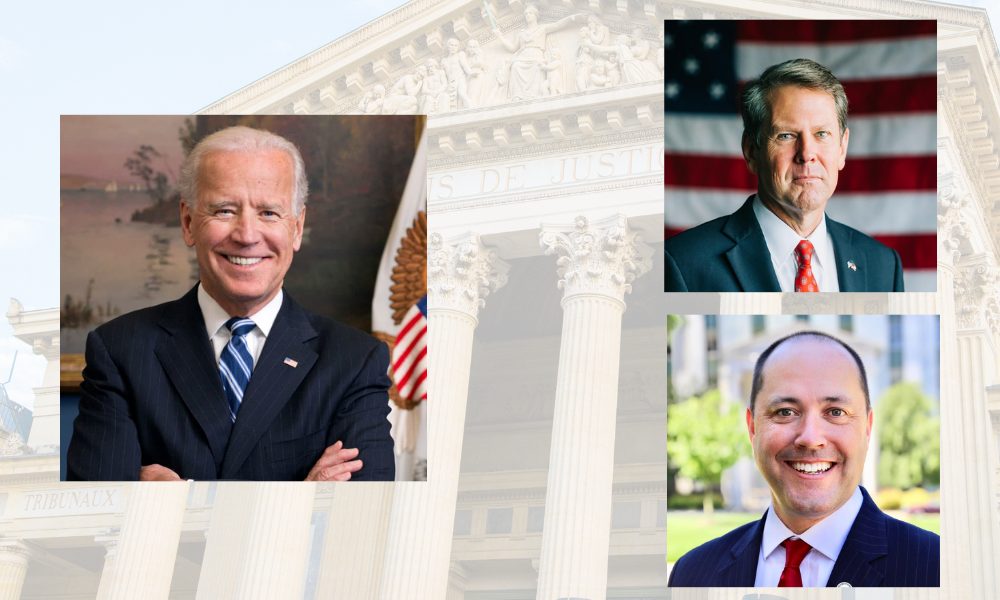 The State of Georgia filed a lawsuit on Friday in the United States District Court for the Southern District of Georgia Brunswick Division against the Centers for Medicare and Medicaid Services (CMS), the United States Department of Health and Human Services (HHS), and related parties within the Biden administration seeking the ability to continue the implementation of the Georgia Pathways to Coverage (Georgia Pathways) as originally planned.

Georgia Pathways is “an innovative program to voluntarily expand Medicaid coverage to tens of thousands of otherwise-ineligible, low-income Georgians while also ensuring that participants meet and continue to satisfy a minimum number of qualifying hours through work, job training, education, volunteering, or other similar activities.,” the Governor’s Office said.

From the press release on plans to sue the Biden Administration over health care plans :

Georgia Pathways represents a carefully negotiated federal-state program that, although already approved by the federal government, was recently altered beyond recognition following CMS’s decision to rescind core elements of the program. Through this lawsuit, the State of Georgia is challenging this final agency action and seeking declaratory and injunctive relief in response to CMS’s unlawful and arbitrary attempt to cherry-pick pieces of an already agreed to bargain.

“Simply put, the Biden administration is obstructing our ability to implement innovative healthcare solutions for more than 50,000 hardworking Georgia families rather than rely on a one-size-fits-none broken system,” said Governor Brian Kemp. “They have attempted an unlawful regulatory bait and switch, and it is clear that their decision is not being driven by policy – rather politics – as they attempt to force their top-down agenda on the American people.”

“The Biden administration’s misguided actions were not based on the law or sound public policy, but rather crass partisan politics,” said Attorney General Chris Carr. “We look forward to fighting for Georgia’s right to provide commonsense healthcare solutions for our citizens.”

The bi-partisan passage of Georgia’s Patients First Act in 2019 by the Georgia General Assembly allowed the Georgia Department of Community Health (DCH) the authority to provide Medicaid coverage to previously ineligible Georgia families for the first time. This was a carefully negotiated effort between the Office of the Governor and related departments and members of the Georgia General Assembly. And, for more than two years, efforts have been underway to implement the will of the legislature.

Culminating in the submission and ultimately federal approval of the Section 1115 Demonstration project, Georgia Pathways created an enrollment opportunity for more than 50,000 hardworking Georgia families to earn coverage on Medicaid – or their premiums covered by the state if they had access to employer sponsored insurance. Georgia Pathways provided an innovative approach to coverage – modeled after the existing Temporary Assistance for Needy Families (TANF) program – which promotes a “work-first” component to eligibility.

After multiple public comment periods, CMS approved Georgia Pathways on October 15, 2020. CMS also later confirmed on January 4, 2021, that Georgia Pathways reflected a binding contract between Georgia and the federal government. But, just weeks after President Biden was inaugurated, CMS sent Georgia a letter declaring that it was reconsidering its previous approval of Georgia Pathways and had preliminarily determined that the demonstration’s qualifying hours requirement would not further the objectives of Medicaid.

Several months later, on December 23, 2021, CMS formally rescinded its approval of the terms at the heart of Georgia Pathways — primarily its qualifying hours and premium requirements. But CMS said that the remaining part of the demonstration expanding coverage was still in place. The result: significant Medicaid expansion in Georgia without condition. This is not what Georgia signed up for and represents an egregious regulatory bait and switch on the core terms of a massive federal-state program.

DCH has ceased all implementation activities at this time in order to allow the legal process to unfold in federal court.