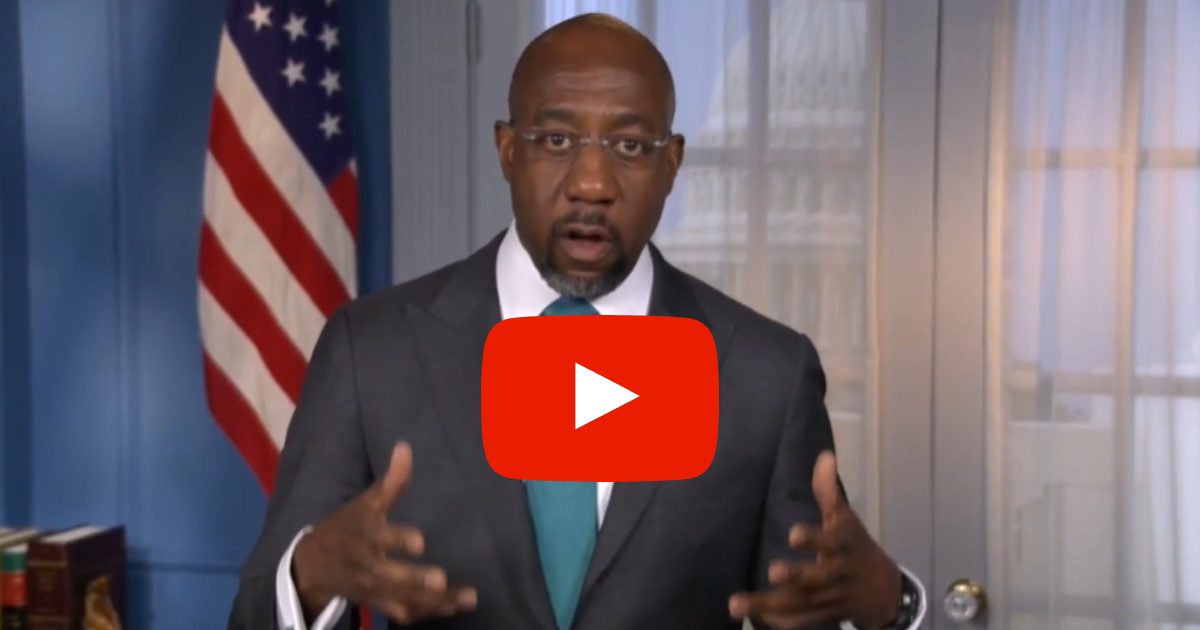 Senator Reverend Warnock: “I’ve long been focused on strengthening access to affordable health care and lowering costs for Georgians, and that’s why I am proud to lead the effort in the Senate to cap patients’ out-of-pocket costs for insulin. Georgians should never have to choose between paying for life’s basic essentials or life-preserving medicines”

U.S. Senator Reverend Raphael Warnock (D-GA) recently introduced new legislation to cap the out-of-pocket cost of insulin for Georgians and Americans. The Affordable Insulin Now Act will require Medicare plans and private group or individual plans to cap patients’ out-of-pocket costs for insulin at $35 per month. This will lower costs for insulin users and save money for hardworking Georgians and Americans—many who are paying exorbitantly from their own pockets for insulin and other diabetic treatments. According to one estimate, diabetics spend close to $6,000 annually on insulin alone. This is all while costs for insulin are going up and manufacturers of the drug are pocketing more revenue from insulin sales than in prior decades.

“Too many Georgians have or know someone who has diabetes, and too many live with the burden of treating this chronic condition with critical insulin that’s costing them more and more,” said Senator Reverend Warnock. “At the same time, special corporate interests are seeing record profits, while everyday people are seeing record prices for drugs like insulin they need to live. I’ve long been focused on strengthening access to affordable health care and lowering costs for Georgians, and that’s why I am proud to lead the effort in the Senate to cap patients’ out-of-pocket costs for insulin. Georgians should never have to choose between paying for life’s basic essentials or life-preserving medicines.”

Under the Affordable Insulin Now Act, private group or individual plans would be required to cover one of each insulin dosage form (vial, pen) and insulin type (rapid-acting, short-acting, intermediate-acting, and long-acting) for no more than $35 per month. Medicare Part D plans, both stand-alone drug plans and Medicare Advantage drug plans, would be required to charge no more than $35 for whichever insulin products they cover in 2023 and 2024, and for all insulin products beginning in 2025.

Senator Warnock has heard concerns from close to 3,000 Georgians about the burdens of rising prescription drugs prices, including from hundreds of constituents concerned about the rising costs of insulin. Costs to treat diabetes have continued to rise for many Georgians and Americans: according to the Health Care Costs Institute, insulin prices nearly doubled from 2012 to 2016, with the average price for a 40-day supply of insulin increasing from $344 to $666 during that span. According to the Centers for Disease Control and Prevention, medical costs and lost work and wages for people with diagnosed diabetes total $327 billion yearly, and the American Diabetes Association has asserted that diabetics account for $1 of every $4 spent on health care in the U.S. At the same time, a 2021 bipartisan staffreport from the Senate Finance Committee found that “[insulin] manufacturers are retaining more revenue from insulin than in the 2000s,” and that “the amount of revenue pharmaceutical manufacturers are retaining from insulin has risen.”

“For decades, millions of diabetics in this country have had to pay outrageous prices for the medications they need to survive. Even when insulin vials only cost a few dollars to produce, drug companies have hiked the price to hundreds of dollars per month, forcing patients to ration insulin and skip doses altogether — which can have devastating consequences,” said Protect Our Care Executive Director Brad Woodhouse. “Senator Warnock’s bill capping insulin out-of-pocket costs to $35 a month for Americans with insurance will put more money in families’ pockets and give them peace of mind knowing they won’t have to choose between purchasing this life saving medication and putting food on the table. We commend Senator Warnock for his unwavering commitment to fighting for a future where quality, affordable health care is a reality for every American.”

Lowering rising costs and providing access to affordable health care have been top priorities for Senator Warnock. As the sponsor of the Medicaid Saves Lives Act, Senator Warnock has fought in the Senate for a federal fix to close the Medicaid coverage gap in Georgia and the other 11 non-expansion states. In December 2021, the Senator also introduced the Capping Prescription Costs Act aimed at saving families and individuals money on their medications by requiring insurers to cap out-of-pocket costs for prescription drugs.