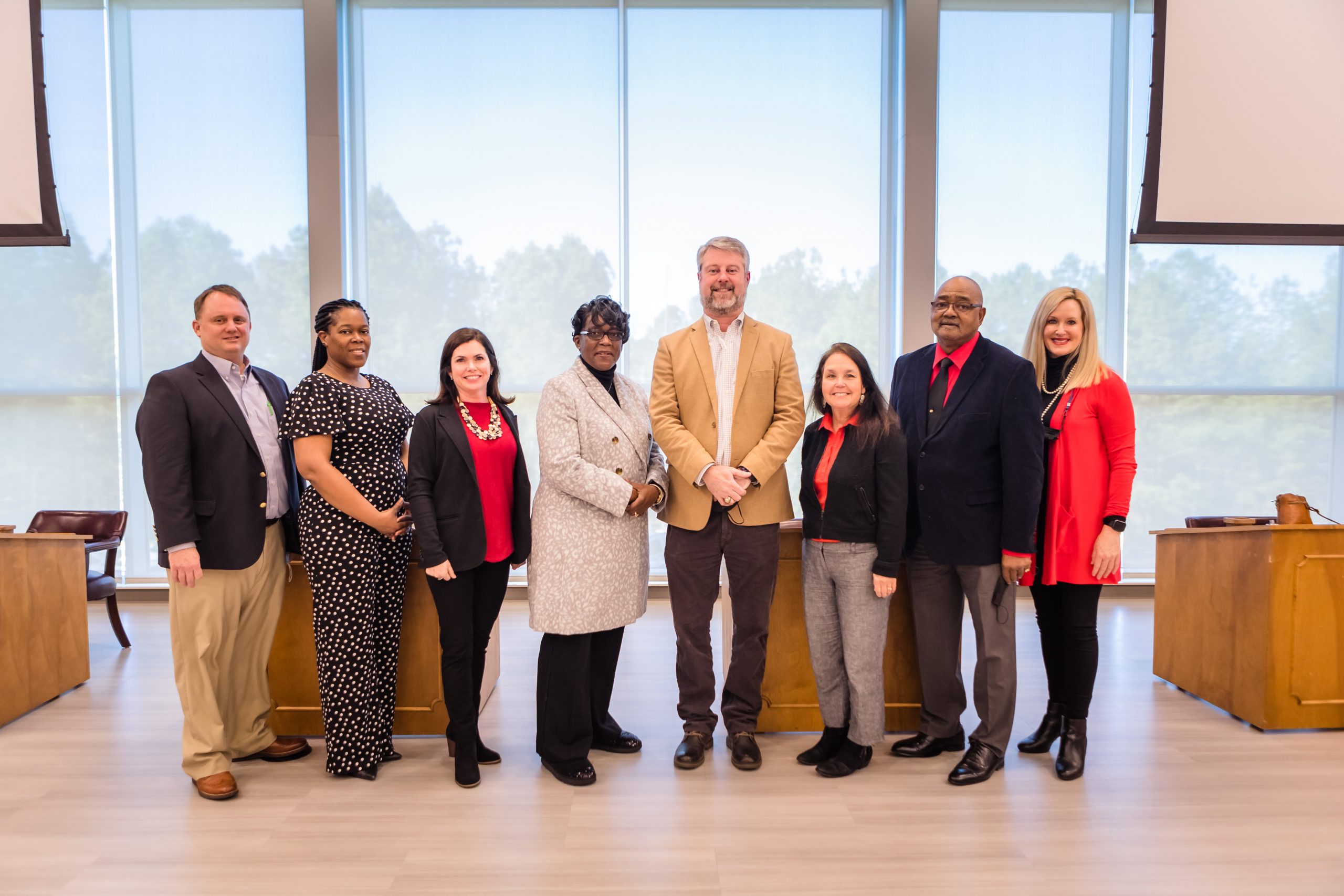 Rome City Schools Board of Education met on January 11, 2022 for the first time in the new year. New to the Board this term is Pascha Burge, a Roman native and graduate of Rome High School.

She graduated from Rome High School in 1995, attended Berry College and later graduated from Shorter University with a bachelor’s degree in business administration and management. She has been married to Marshall Burge, III for 22 years and they are the proud parents of three boys. Burge and her family attend Greater Mount Calvary and Thankful Baptist Church.

Burge has deep connections in the Rome-Floyd community. For the past 23 years, she has worked with AT&T as a Sales Engagement Manager and previously served as the Union Area Vice President for Communication Workers of America (CWA), Local 3212.

During her tenure as Union AVP, Pascha headed several community engagement initiatives to support the local Boys & Girls Clubs here in Rome. From 2016-2020, she was heavily involved in the Rome High Football Booster Club and served on the PTO Board.

She also led Sunday School at Greater Mount Calvary for over 15 years, and during that same time she and her husband organized a program named the Breakfast and Bus Ministry.

Board members returning to serve an additional term are:

Board members were sworn in by Superior Court Judge Kay Ann Wetherington and were joined by family and community members for photos.