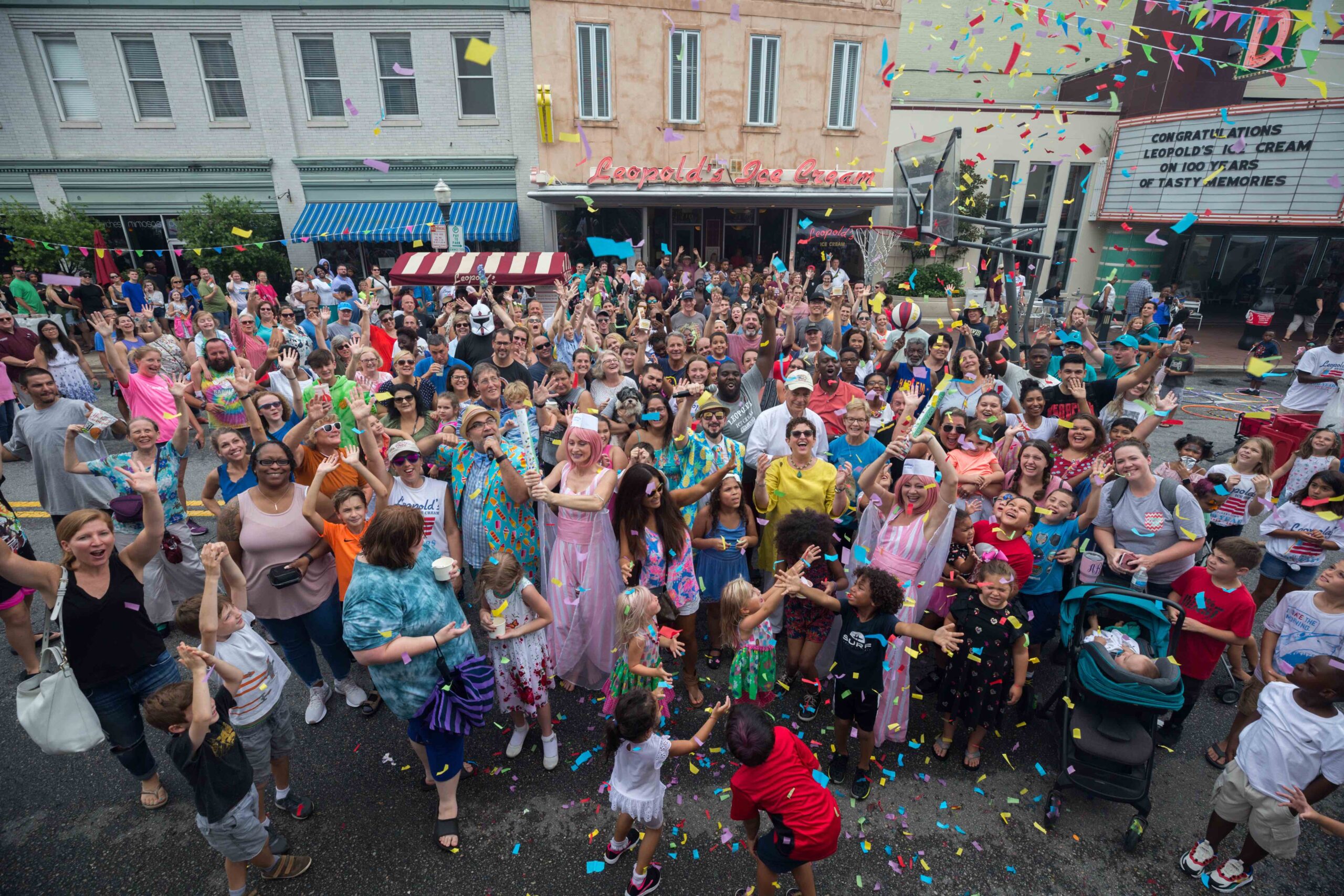 Leopold’s Ice Cream will celebrate 103 years of tasty memories with its annual Block Party on Aug. 20 from 1-7 pm. The event will take place at the flagship store, located at 212 E. Broughton Street, and is free and open to the public.

“After a two-year hiatus due to the pandemic, we are so excited to be able to celebrate with the community again this year,” said Leopold’s Ice Cream owner Stratton Leopold.  “This is our way of saying thank you to the Savannah community for its support for more than a century.”

Chatham Emergency Services and Savannah Fire Rescue will bring an ambulance and a ladder truck for kids to explore, and will hang an American flag for Leopold’s biggest “I Pledge for Ice Cream” event of the year. All participating children 12 and under will receive a free scoop of ice cream. Following, the community can help blow out 103 candles on Leopold’s two-tier birthday cake.

This year’s Kids’ Zone will feature free crafts, games and face painting by Glitterboxx Studios, as well as a photo booth and graffiti wall.

Leopold’s will offer $1 single scoops all day. Hamburgers, hot dogs and BBQ will also be available for purchase.

The stage schedule is as follows:

Leopold’s Ice Cream was founded in Savannah, Georgia, in 1919 by three brothers, Peter, George and Basil, from Greece. They passed their tradition of making super premium ice cream, one batch at a time, down to Peter’s youngest son, Stratton. Stratton and his wife Mary own and operate Leopold’s today. Their commitment to arts and education in the community is second only to their commitment to creating the highest quality ice cream possible in a fun, family environment.

In this article:City of Savannah