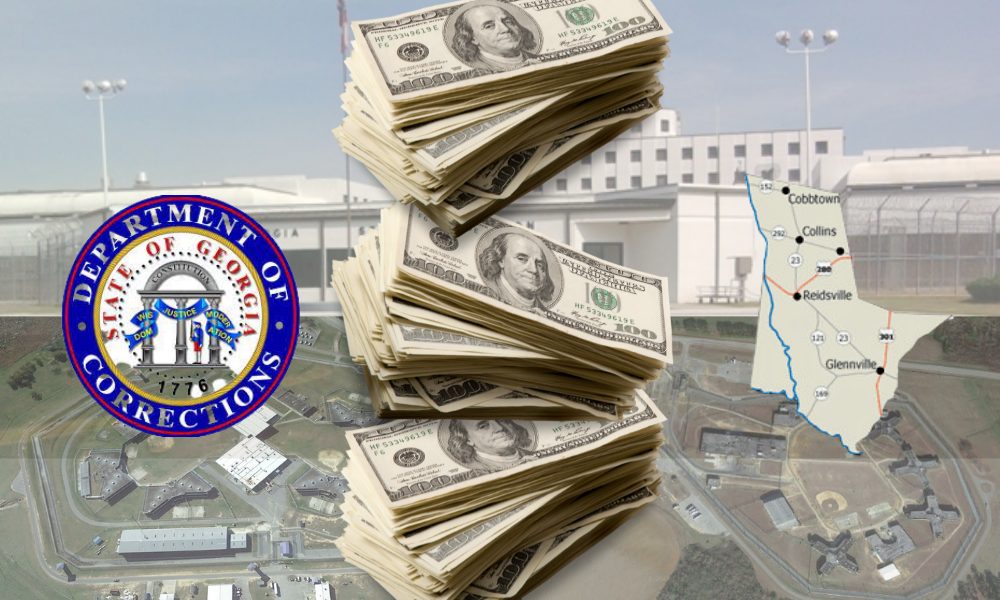 The Georgia Department of Corrections has faced scrutiny for years for varying reasons ranging from security to civil rights, but a brutal murder that left an innocent man dead has Georgia’s most prison-ridden community wondering what benefits the state prison system offers the region.

Tattnall County, population ~25,000, is the only county in the state to house three prisons. Georgia State Prison (GSP) in Reidsville is the longest standing facility, having been erected in 1938. Rogers State Prison, just a few miles from GSP, was built in 1978 and Smith State Prison in Glennville has been operational since 1993. Together, the three facilities can house a combined 4,467 offenders subject to medium and maximum security so when including the offenders in the county population, offenders make up approximately 14.9%. The facilities that have for years promised a wealth of jobs and opportunities to the community, at some point, transitioned into a mare’s nest of chaos and danger for those on the inside…and outside.

In January, 88-year-old Bobby Kicklighter, a pillar of the Tattnall County community, was shot and killed in his bed in Glennville, Ga. In September, the public learned that the brutal murder was actually a botched murder-for-hire hit intended for Kicklighter’s neighbor, a correctional officer at Smith State Prison. The C.O. had taken an aggressive approach on contraband flowing in and out of the prison, prompting him to become the target, but the alleged aggressors got the wrong house. In a stunning revelation, the GBI agent investigating the Kicklighter case testified in September that the entire murder-for-hire plan had been organized from behind prison walls. Inmates used cell phones, cash apps, and other contraband believed by the public to be banned inside prisons to plan the execution to preserve what the GBI referred to as a ‘multi-million dollar contraband scheme.’

Unfortunately, Kicklighter is not the only victim. 31-year-old Jerry Lee Davis was murdered in Janaury 2021 in his Wayne County home while his wife and three children were also present. At the time of his death, Davis worked for a vendor that serviced Smith State Prison. The GBI has confirmed that the two cases are connected, with individuals facing charges for both deaths overlapping, but has thus far avoided releasing additional information in anticipation of grand jury presentments.

Since the news broke, the Georgia Department of Corrections (GDC) has been silent. The warden who oversaw the facility at the time the hits were planned and executed remains at the helm. The Commissioner of the agency, Timothy C. Ward, has neither proposed nor instituted any reforms for the facility to offer peace of mind to fellow inmates, correctional officers, or the neighboring community. And Wayne Dasher, who serves as Vice Chairman of the Board of Corrections and the board’s representative for the 12th Congressional district covering 19 counties, lives in Glennville and hasn’t so much as commented on the matter, let alone facilitated any type of inquiry or investigation into what happened at Smith or how. The only consolation for the families of Bobby Kicklighter and Jerry Lee Davis has been the tireless efforts by the GBI to exhaust every lead in hopes of capturing every associated party.

Those circumstances, combined with the unconscionable idea that inmates targeted a C.O. for enforcing the rules and simultaneously killed an innocent elderly man, have renewed the focus on how Tattnall County and the state correctional facilities can safely coexist. The investigation into those matters, however, has highlighted what can only be defined as a ‘devastating financial impact’ and a drain on resources for the rural southeast Georgia county.

The Georgia Department of Corrections is not a simple or transparent state agency from which the public can easily obtain records. Between the exorbitant costs assessed, the citation of ‘security concerns’ for overwhelming redactions, and the veil of secrecy created by ‘state secret prohibitions’ the legislature enacted to protect agency bureaucrats, meaningful records are nearly inaccessible. For that reason, The Georgia Virtue filed Open Records Requests with the Tattnall County Board of Commissioners, the Tattnall County Coroner, and the Tattnall County Sheriff’s Office, combined meeting minutes from all of the governing bodies in the county, and utilized public records from the Tattnall County Clerk of the Superior Court to piece together the financial impacts of the facilities on county taxpayers.

At any given time, three ambulances with two EMTs each are working in Tattnall County. Most of the time, EMS is unescorted inside the prison and a staff member only accompanies the inmate for transport when staffing allows.

Public records indicate that in the period beginning January 1, 2020 and ending October 1, 2021, Tattnall County EMS responded to the three prisons 456 times with 426 of those calls (93.4%) resulting in a transport to the hospital.

The annual budget for the Tattnall County coroner’s office operations is just under $52,000. The coroner is a part-time position in the sense that he has another full-time job, however, he remains ‘on-call’ 24/7. He appoints a deputy coroner to assist in his absence.

The reimbursement rate from the state to a coroner for handling prison deaths is $0, which means the county loses money every time it must respond to the death at a facility. Records show a cost of $150 to transport a body to the crime lab for an autopsy, $150 to pick it back up and return it to the county, and other costs depending on whether a body is claimed, the family has resources to bury/cremate, and more. GDC does not reimburse for costs associated with holding the bodies, such as a cooling, in the interim.

According to the GDC website, however, only six inmates have died since 1/1/2018 – a stark contrast from the official records of the local coroner responding. GDC publicly reports 2 from Smith, 3 from GSP, and 1 from Rogers.

Because the 7,600 acres of land are owned and operated by the state, they are not subject to property taxes.

The county school system has appealed to the Georgia legislature on numerous occasions to appropriate funding specifically based on the losses the county experiences because the land isn’t privately owned, but despite having the Senate Appropriations Committee Chairman as its own state senators, (the late Jack Hill and now Blake Tillery), the state has never provided any form of assistance.

The total value of improvements and land that goes untaxed from the prisons is $133,639,000.

The prison does not have its own court system to process individuals, which means that the burden falls on the county in which the prisons operate. With Tattnall County having three prisons, the case logs are much larger.

The state awards the county approximately $10,000 each year to assist with ‘court costs’ incurred from the prisons and the combined annual budget for state and superior court in Tattnall is $652,135.53.

Another 168 cases involving violence and contraband were listed as currently pending adjudication in Tattnall County as of 10/1/21. Specifically, since 2017, 236 civilians and 42 GDC employees have been arrested for crimes related to contraband and custody for a grand total of 278 arrests.

2021 is on track to surpass arrests for each of the previous four years.

A senior administrative judge was recently appointed in perpetuity without an end date to help move the prison-related cases at a faster pace in hopes of clearing up some of the backlog. Senior Administrative Judges are paid by the state at a salary of $170,000 annually.

A deeper dive into the specifics of the contraband cases and those initiated due to misconduct by correctional officers will be featured in Part II of this series along with the impact on the Tattnall County Jail and the Tattnall County Sheriff’s Office.

This story is part of ongoing coverage of and investigation into the Georgia Department of Corrections. Continue to follow TheGeorgiaVirtue.com for more.