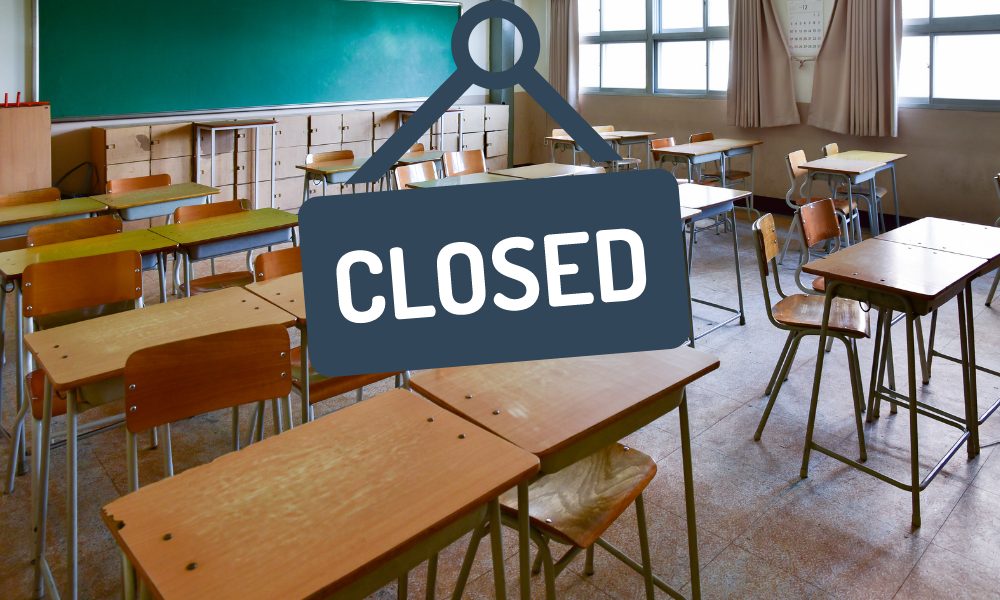 Two more school districts have shuttered their buildings amid the increase in COVID-19 cases around the state. Both Jenkins and Warren County schools announced there will be no in-person classes through Labor Day.

Warren County is also closed through September 7, but due to the lacking WiFi and connectivity issues, no virtual option is available and parents must pick up packets for students on a weekly basis.

Ben Hill County — Schools shuttered after 84 of the system’s 3,108 students and 18 of the 533 employees tested positive.

Long County —  Virtual learning through at least September 1 after 1.5% of the 4,239 students tested positive (64 students) and 20 employees tested positive. (A mandatory mask policy was in place prior to closure)

McDuffie County — Thomson-McDuffie Middle School will be closed through Aug. 29.

Screven County — Virtual learning through at least September 7 after 15 students tested positive at the elementary school, 24 at the middle school, and 28 at the high school.

Emanuel County schools have gone to an A/B schedule. Through at least September 10, students with last names A-K will attend school Mondays and Tuesdays, L-Z on Thursdays and Fridays. Schools are closed on Wednesdays for deep cleaning.