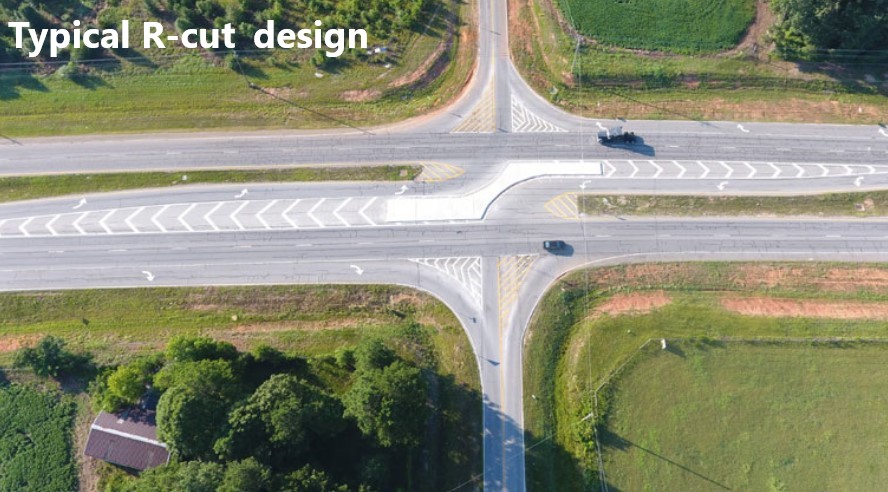 Georgia DOT contractor APAC-Atlantic of Savannah is expected to begin installation in late Fall with completion by the end of the year. Motorists in the area should watch for signage indicating a lane closure, slow their speeds through the work zone, and be alert to the workers and their equipment.

An RCUT is installed to reduce angle collisions at a divided highway intersection with a minor street approach. A specially-shaped median is constructed to prevent dangerous left turns or straight-through traffic. Those motorists will then instead turn right into the flow of traffic and may utilize a designated down-road U-turn that keeps them driving within the flow of traffic as they maneuver to where they need to go. RCUTs decrease congestion by allowing traffic to flow through the area in all directions, yet they reduce opportunities for collisions by keeping all motorists within the flow of traffic.

This RCUT is a Quick Response Project. These projects typically cost less than $200,000 and can be completed in a short period of time. The money comes from the state motor fuel tax and is primarily used for small operational safety improvements and maintenance projects on the state route system.