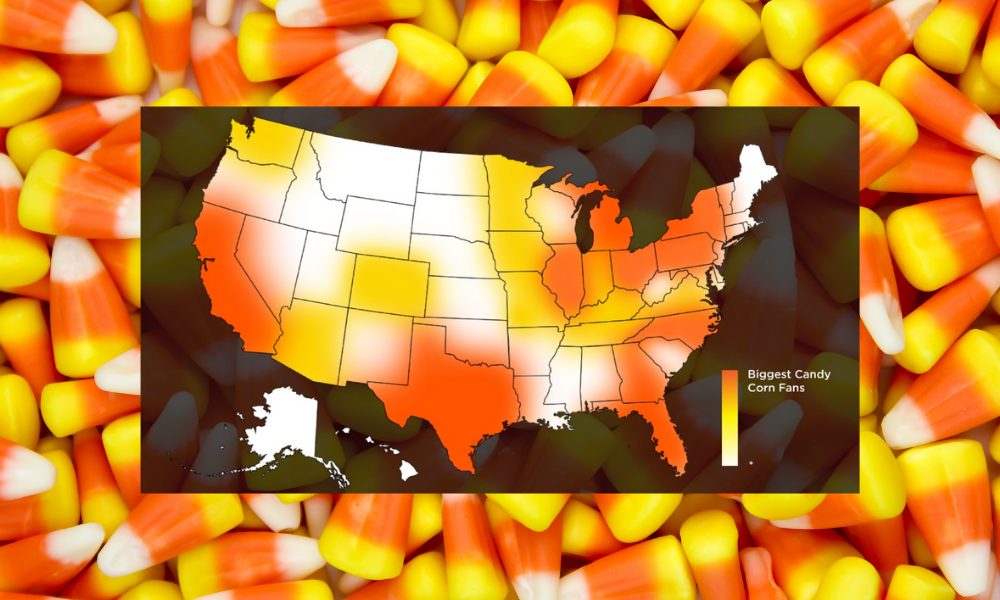 Candy corn is one of the most iconic – albeit divisive – Halloween treats, and as the No.1 producer of Candy Corn, BRACH’S® is embracing those who love the beloved yellow-orange-white kernels with the announcement of the 20 states that consume it most.

Additionally, Ferrara is introducing five new Halloween treats – including NERDS® Candy Corn and BRACH’S Minions Candy Corn – for both candy corn fans and those who are on the fence, and announcing a partnership with CAMP, a leading experiential retailer, on a new IRL and virtual trick-or-treating experience.

Ferrara also identified the five states where residents may not have joined “Team Candy Corn” quite yet:

“Candy corn has been a Halloween staple for more than half a century,” said Mariah Havens, Director of Seasonal Marketing at Ferrara. “But we also know that candy corn is one of the most divisive seasonal treats and there are some people who don’t enjoy it (I’m looking at you, Nebraskans and Wisconsinites). We want everyone to be on Team Candy Corn, which is why we introduced incredible, unexpected alternatives this year, including NERDS Candy Corn and BRACH’S Minions Candy Corn. Now, there’s a candy corn for everyone.”