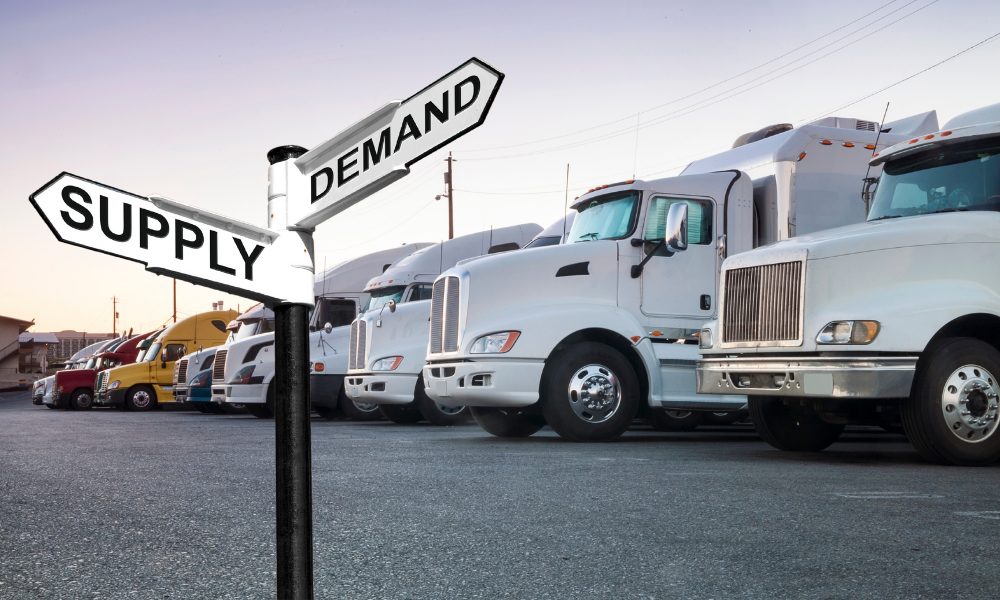 (The Center Square) – Record high diesel fuel prices are yet another driver of rising costs for Americans, and those costs could get even higher this year.

Diesel gas prices hit another record high Thursday at $5.79 per gallon, according to AAA. That is a spike from $5.57 a month ago and much higher than the average of $3.22 the same time last year.

Diesel gas prices have continued to hit new records this week even as regular gas has leveled out, at least the last couple of days.

Those higher prices are one of several factors raising costs for businesses, costs that are often passed down to consumers.

President Joe “Biden’s attack on the fossil fuel industry can be felt across every sector of the economy because everything needs energy,” said Daniel Turner, executive director of the energy workers advocacy group, Power the Future. “So it’s not just gas prices. It is also consumer goods, food, and all services. The diesel prices are particularly alarming because of what machinery uses diesel: agriculture, trucks, railroad. All cargo shipping is diesel powered. So the price of all food that is planted, irrigated, fertilized, harvested, processed, packaged, and transported is being made more expensive at every step of the process. All those costs are passed on to consumers.”

Food prices have soared in recent months. The Bureau of Labor Statistics reported a 10.1% increase in the food index in the previous twelve months, “the first increase of 10 percent or more since the period ending March 1981.”

Food prices have been hit hard by Russian President Valdimir Putin’s invasion of Ukraine since Ukraine is a major exporter for food and chemicals used in fertilizer, but several other factors have played a part, including inflation. BLS’ producer price index rose 10.8% in the past 12 months, and consumer prices are rising at the fastest pace in four decades.

Many of the food production costs that are hitting farmers now will not be felt by consumers until the crops are harvested and sent to market later on.

“We have not yet begun to see the cost of Biden’s war on energy, on food prices because we have not yet harvested,” Turner said. “It’s only late spring, and we are still eating last year’s wheat. Wait until late summer and early fall and we will see painfully high prices across the board, and we are woefully unprepared.

“Making energy expensive makes life expensive, and as we spend more money to fill up our cars and buy basic groceries, we will be spending less on entertainment, travel, dining, shopping, etc,” he added.

Diesel, though, is used to transport all kinds of goods, not just food. Right now, businesses are paying more than ever to transport via diesel trucks while the market also deals with a truck driver shortage.

Those higher costs are one more supply chain issue facing the U.S. economy right now as prices on all kinds of goods rise.

Experts say higher energy costs will only make that worse if they remain elevated for an extended period of time.

“By the economics textbook, higher costs work themselves up through the supply side of the market and raise prices,” said Roger Cryan, chief economist at the American Farm Bureau Federation, as previously reported by The Center Square. “The prices are especially high right now because of the sudden lack of access to Black Sea grain, but if these energy prices stay high in the long run then they will entirely work their way into food prices.”

Biden has taken heavy criticism for his energy policies from detractors who point to his policies that held back oil leases and pipeline development.

Biden has tried to deflect those critiques, pointing to the Russian invasion of Ukraine, which disrupted global oil markets.

“Biden has got a case that there is a Russia shock, but the other side has also got a case that if the United States were producing more, the Russia shock wouldn’t be such a big deal,” said Desmond Lachman, an economist at the American Enterprise Institute.

“The Biden case is pretty weak when he … tries to make it sound like inflation is all Putin’s fault because of the oil and food prices because the truth of the matter was inflation was far too high before February 24 when Russia invaded Ukraine,” he added.