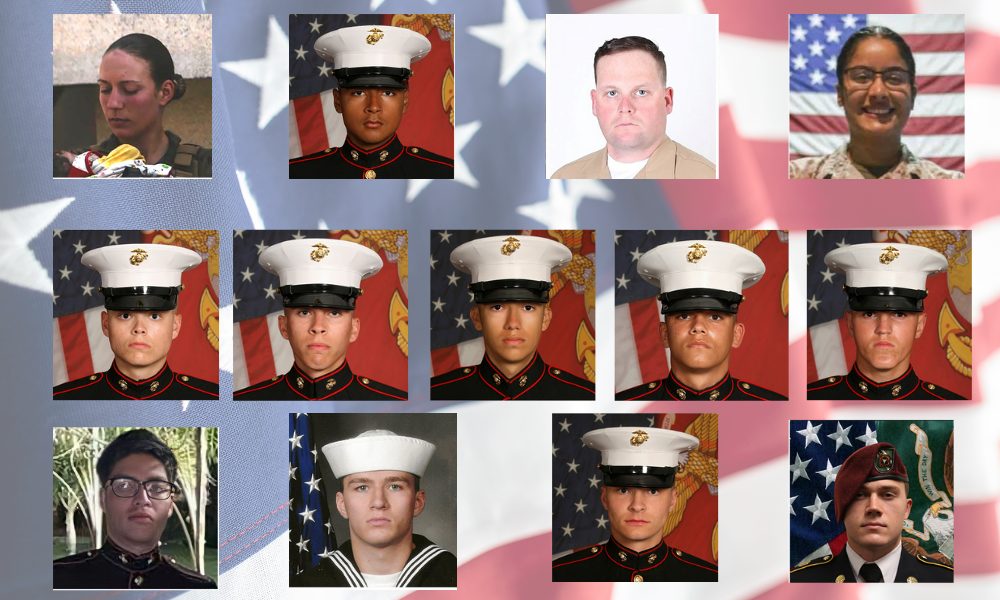 Bipartisan legislation to award the Congressional Gold Medal to the 13 U.S. military servicemembers who were killed in action in Afghanistan last week has been filed in the U.S. House of Representatives.

This bipartisan bill, led by Rep. Lisa McClain, is supported by 158 members of the House of Representatives.

The legislation will award the Congressional Gold Medal to:

“My heart breaks for the United States service members who lost their lives in the attacks on Kabul, and I continue to pray for their families and loved ones across our nation who are grieving such a devastating loss,” said 6th district Congresswoman Lucy McBath.  “We will always remember the American heroes who bravely stood up to defend the freedoms our nation was founded upon. We owe all those who paid the ultimate sacrifice a debt of gratitude that can never be repaid.”

“I’m grateful to my colleague, Rep. Lisa McClain, for introducing this bill to award Congressional Gold Medals to the 13 fallen service members that were needlessly killed in Afghanistan,” said Rep Marjorie Taylor Greene (GA-14). “These heroic young members of our military represent the best of us and each of them shall not be forgotten. We join their families and friends in prayer and mourn their losses with them.”