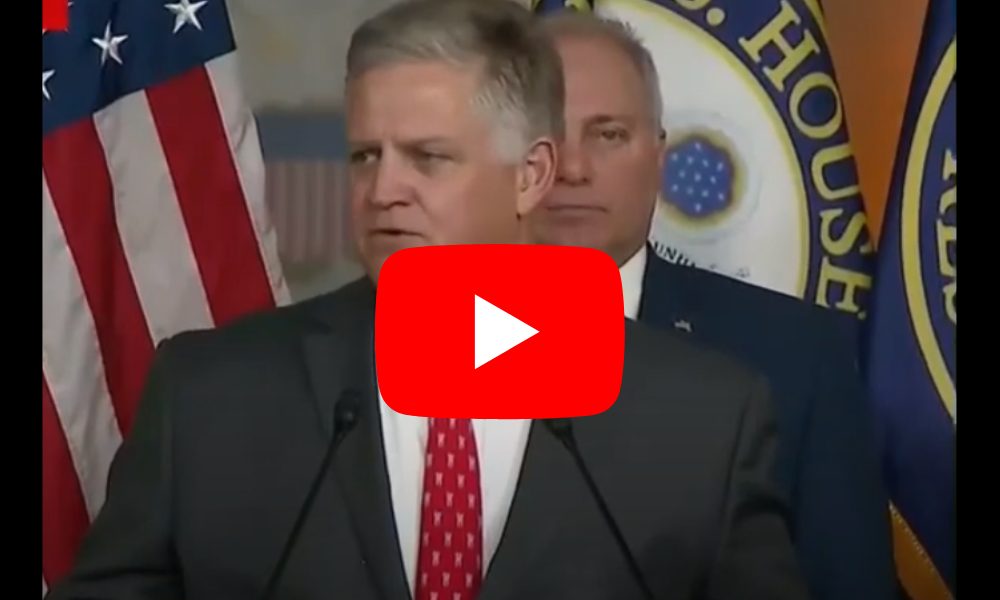 “Probably the most egregious provision in the Democrats’ tax-and-spend plan — the largest in American history — is a provision that would allow the IRS to spy on your bank accounts. And put that in perspective: If you spent $28 a day, you would get caught up in the IRS’s dragnet. $28 a day. This is wrong.

“Americans do not want the IRS looking in their bank accounts. And the federal government has no business looking at your private bank accounts or your money. People are sick and tired of this. Since I have been in Congress, I have not had a single issue that has raised this much attention and awareness. It is the number one issue that has been coming in with calls coming into my Congressional office. And I’ve got colleagues throughout the Conference, both Republican and Democrats that are saying the exact same thing.

“We introduced a bill to prevent the Treasury Secretary from implementing rules that would allow the IRS to tap local banks, credit unions, and other entities to spy on your bank.

“I can’t imagine a single American, Republican, Democrat, Independent, rich or poor, [who] would want the IRS looking into their bank account — and for good reason. If you look at the recent history of the organization, they have failed to gain the trust of the American people. Look at what happened with Lois Lerner. Look at what happened with the leaking of information to ProPublica. Can you imagine what would happen if the IRS got their hands on every bit of information in your bank account? And don’t think for a minute that’s not what’s coming.

“We think it’s unconstitutional, and the federal government should not be allowed to look into your bank account without a reasonable search and seizure and warrant. It is your private business. It is not the business of the IRS, so we stayed committed to blocking this horrible provision and to make sure that we maintain freedom in Americans’ lives.”