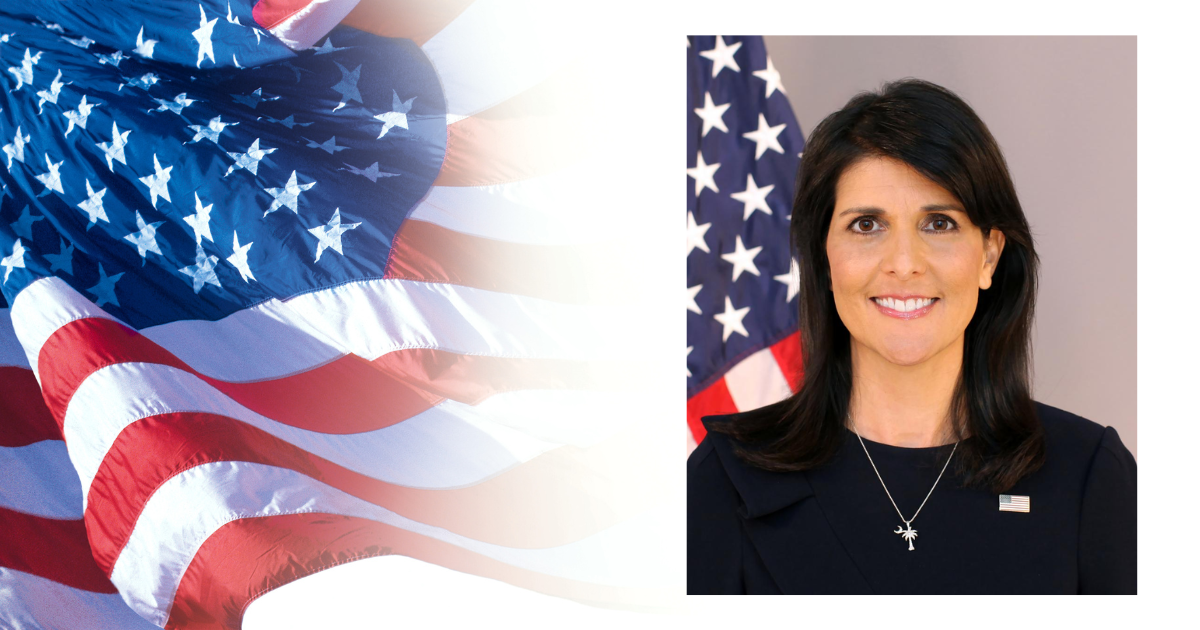 (The Center Square) – Former Republican governor of South Carolina and U.S. Ambassador to the U.N., Nikki Haley, hinted strongly at a 2024 presidential run during a speech Monday night.

“If this president signs any sort of [Iran nuclear] deal, I’ll make you a promise,” Haley said. “The next president will shred it on her first day in office.”

Haley made the comments at a Christians United for Israel event where she praised Israel and criticized President Joe Biden’s foreign policy.

“Just saying, sometimes it takes a woman,” she said to cheers.

“The time has come to make America strong and proud once more,” she said.

At the same time, Biden has seen his approval ratings dip and apparent Democratic primary challengers begin to surface.

California’s Democratic Gov. Gavin Newsom has sparked rumors that he is considering a primary run against Biden after running ads attacking DeSantis in Florida. Newsom, along with Vice President Kamala Harris and Colorado Gov. Jared Polis have reportedly been reaching out to donors in the event of a 2024 run. Illinois Democratic Gov.  J.B. Pritzker also has made key speeches in New Hampshire and Florida in recent weeks, leading to speculation he is considering a run.

A CNBC All-America Economic Survey released this week showed that Biden’s economic approval rating has hit a new low, even below the low points of his predecessors, former Presidents Barack Obama and Donald Trump.

Biden’s economic approval dropped five points to 30%. Notably, as The Center Square previously reported, only 58% of Democrats expressed their support for Biden’s work on the economy.