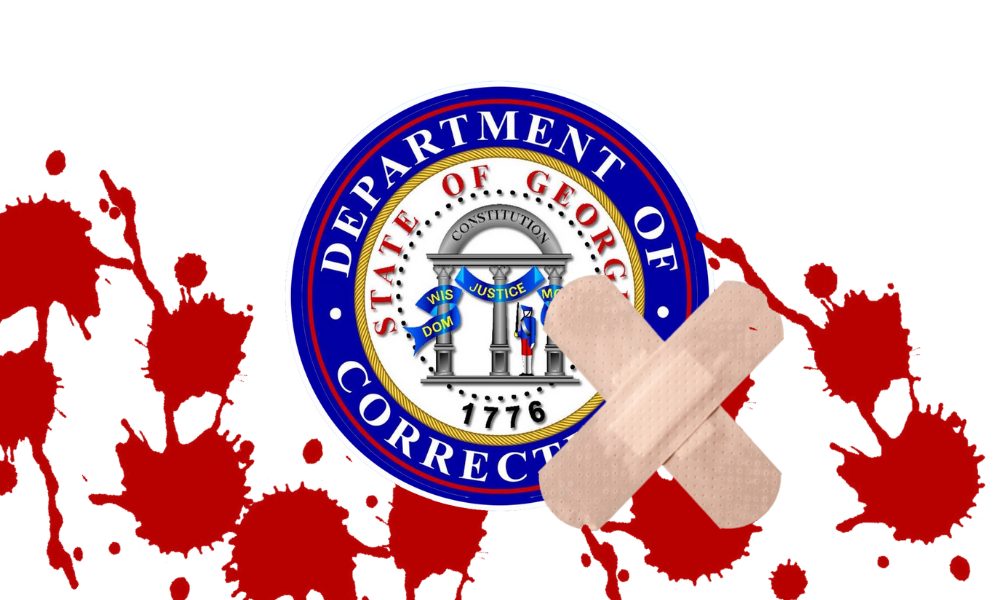 The following article is an opinion piece and reflects the views of only the author and not those of The Georgia Virtue.

The man responsible for overseeing all 92 facilities across the State of Georgia recently demonstrated how out of touch he is with both the prison he plans to close and the problems destroying the Georgia Department of Corrections from the inside out.

Ward wasn’t but sixteen seconds into his presentation when he subtly announced to anyone who has been paying attention that his speech would be both laughable and full of half truths. Ward read out the GDC mission of ‘protecting the public’ by operating ‘safe and secure’ facilities,’ a mission he called ‘non-negotiable’ and one that is ‘tested continuously.’

That’s the point at which I heard the sound they play when someone loses on The Price is Right.

If that’s GDC’s mission, ‘GDC’ replaced the term ‘failure’ in the dictionary based on 2021 alone. Last year, we learned that:

Of course, those are just some of the more high profile cases that managed to squeak out to the media, but it would be a fair assessment to state that GDC did not meet its own standards if people on the outside are being killed by people on the inside.

Back to the presentation.

The Prison Population in Georgia

Currently, GDC houses 45,551 inmates. 87% of population has security designation of closed (maximum) or medium. 14,103 of the inmates are known gang members however, Ward told lawmakers, “We know the number is higher, but we have to use the validation instrument” formula to identify gang members and that’s what the instrument says.

He also said that the infrastructure was not designed to house more violent offenders for long periods of time.

It was not mentioned in the 15 minute presentation on his $1.2 billion budget, but it was announced later that the decision has been made to close Georgia State Prison in Reidsville, the state’s oldest prison and the home of ‘Sparky’ the electric chair until 1980. So, to be clear: They once housed death row inmates and recently invested millions for upgrades, but now the facility on 7,428 acres is not sufficient for housing violent offenders and must close.

Ward told lawmakers at one point that “the Governor is giving me $600 million to purchase a facility and build a new one.” He obviously doesn’t understand how all of this works. The Governor’s budget is merely a proposal, subject to approval by both chambers of the legislature. That’s why he was there to present before them: to make his case and explain why [x,y & z] are necessary. But I digress.

State Senator John Albers asked how GDC was budgeting for putting ‘cell phone jammers in every prison.’ The short answer is: They’re not. Ward told Albers they had a new technology, which was not explained or defined, at Hancock State Prison, but that only two others – Valdosta State and Wilcox State Prison – are in line to get the technology.

Hays State Prison, where the inmate was sentenced for running a fraud scheme via cell phone from inside the facility, was constructed in 1990. Is that infrastructure too dated, too?

Sen. Albers also asked what is being done to break up the gang activity inside prisons, which Ward said was being addressed by ‘Optamo, LLC.’ The private company helps identify offenders and place them in varying facilities. That was the extent of the explanation. GA Corrections Commissioner Ward said GDC also established a unit at Hancock State Prison for individuals who wish to ‘get out’ of gangs. To date, 98 of the state’s 45,551 inmates have asked to be placed in that unit.

In the last fiscal year, almost 1,300 correctional officers have been hired. Hiring is not the issue for GDC, Ward said, because they’re hosting an average of 217 career fairs a month, but rather turnover. The agency’s 49% turnover rate, which Ward attributed to a highly competitive job market and the low starting salaries at GDC, is costing the agency dearly.

Ward didn’t mention how much of the attrition is due to former corrections officers being fired or sentenced criminally for something they did while on the job. Like this supervisor from Valdosta State Prison. He also left out that the lack of control in facilities, the inmate-on-guard violence, and the placement of hits on C.O.s and their families may be a deterrent.

Georgia State Prison has been costly to taxpayers, especially at the local level, for decades. Closing it, however, will be about as fulfilling as serving pie crust and whipped cream with no filling.

With the rumors that another facility will be built not far from GSP (they do own 7,428 acres, after all), it’s just a lateral move of all the same problems into a shinier building with new names on the plaque at the door.

The 100+ criminal cases pending in Tattnall County Superior Court from inmate-on-inmate violence won’t just evaporate, nor will the dozens upon dozens of cases stemming from contraband issues with guards and the public. The violent offenders will still rule the roost and the policies instituted will still keep GDC employees from taking back control of the facility. EMS and the life flight helicopter will continue to make their rounds and the headstone-free cemetery across the street will still have freshly dug graves.

GSP has decreased it’s population significantly over the last two years, but still can’t keep the prison staffed to safe levels for officers or offenders and incidents of violence continue to skyrocket. What will a facility with twice the capacity do if it can’t be staffed with people who aren’t running contraband to the inside?

Where to go from here

GA Corrections Commissioner Ward’s presentation left a lot to be desired. It left more questions than it answered, which wouldn’t be the case if the agency had not transitioned away from publishing public data on the state website during his tenure. Quarterly contraband sweeps, inmate deaths, COVID-19 information, details of arrests of correctional officers – the public information campaign was once much more robust. But, then again, under Ward’s leadership, a convicted rapist serving a life sentence was ‘released in error’ from Rogers State Prison and GDC waited three days to notify the public. I get it – transparency isn’t their thing.

So we’re back to what GA Corrections Commissioner Ward proposes to ‘fix’ so many of these problems: money. It’s easy for us to oppose the plan and to say we can’t afford $600 million or ask how $600 million will make it different.

But the reality is that it’s more appropriate to say ‘We can’t afford any more time with GA Corrections Commissioner Ward at the helm.’

In this article:Georgia Department of Corrections, Hays State Prison, Opinion