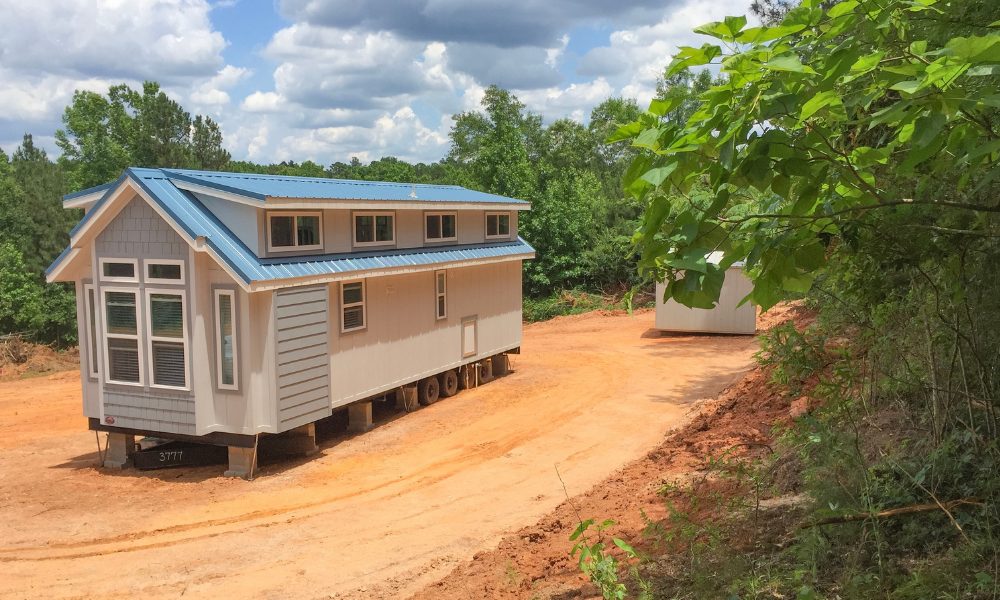 People like things big in the United States. Food portions, cars and televisions have grown larger in recent decades, as has spending. But Cindy Tucker wants to reverse the trend in one key area.

Her nonprofit organization, Tiny House Hand Up, has applied for permission to build Southern-style cottages as small as 540 square feet on undeveloped land in Calhoun, Georgia. The homes would be energy-efficient, affordable and attractive for people looking to unplug from rampant consumerism. The homes also would be well-constructed, posing no public health or safety risks to neighbors.

Relying on a 2001 ordinance that prohibits the construction of any home smaller than 1,150 square feet, Calhoun rejected the proposed development on Oct. 11, 2021. City code provides no explanation for the rule, but comments made during public hearings for Tiny House Hand Up suggest an underlying problem with elitism.

Despite the doomsday predictions, Tiny House Hand Up has received enthusiastic support from the community at large. Yet the City Council sided with the fearmongers. Rather than accept the interference with its charitable mission, Tiny House Hand Up filed a civil rights lawsuit against Calhoun on Oct. 27, 2021, with representation from our public interest law firm, the Institute for Justice.

Among other issues, the case highlights a growing problem with overregulation and abusive zoning rules in jurisdictions across the United States. Municipalities have legitimate reasons to limit what people do on their property, but only when the restrictions bear a substantial relationship to public health and safety or the general welfare.

Forcing people to live in homes larger than they need or want does not qualify. Neither does forcing people to supersize their mortgages, just so they have a place to sleep at night.

Back when Calhoun was incorporated in 1852, nearly all U.S. homes were smaller than 1,150 square feet. The “Little House on the Prairie,” for example, was 221 square feet. The average American home did not pass Calhoun’s minimum threshold until the 1920s, and people in Calhoun still live in small houses built before its ordinance took effect. Yet somehow the city survived without meddling for 149 years.

Elsewhere, political insiders use zoning laws to impose their values on property owners in a variety of ways. Code enforcers in Miami Shores, Florida, stopped Hermine Ricketts and her husband, Tom Carroll, from planting a front-yard vegetable garden.

Code enforcers in Sierra Vista, Arizona, ordered Amanda Root to abandon her trailer home on her own property during the COVID-19 pandemic, even though the home was safe, well-kept and consistent with surrounding uses. And code enforcers in Nashville, Tennessee, threatened Pat Raynor with fines and possible imprisonment if she continued to provide home-based hairstyling services.

All of these cases reflect the same elitism that plagues Calhoun. Families have different ideas about how and where they want to live, and governments must not interfere without having compelling reasons. Using zoning laws to enforce cookie cutter notions of “correct” lifestyle choices is not only wrong, but also unconstitutional.

The U.S. Constitution and most state constitutions agree that no person shall be deprived of life, liberty or property except by due process of law – which precludes arbitrary constraints based on the personal preferences of elected officials and their cronies. People who value size can live in houses as big as they want. They can have three-car garages, swimming pools, spiral staircases and balconies.

Cindy Tucker won’t try to stop them. She just wants permission for Tiny House Hand Up to offer an alternative. Her argument is simple: One size does not fit all.