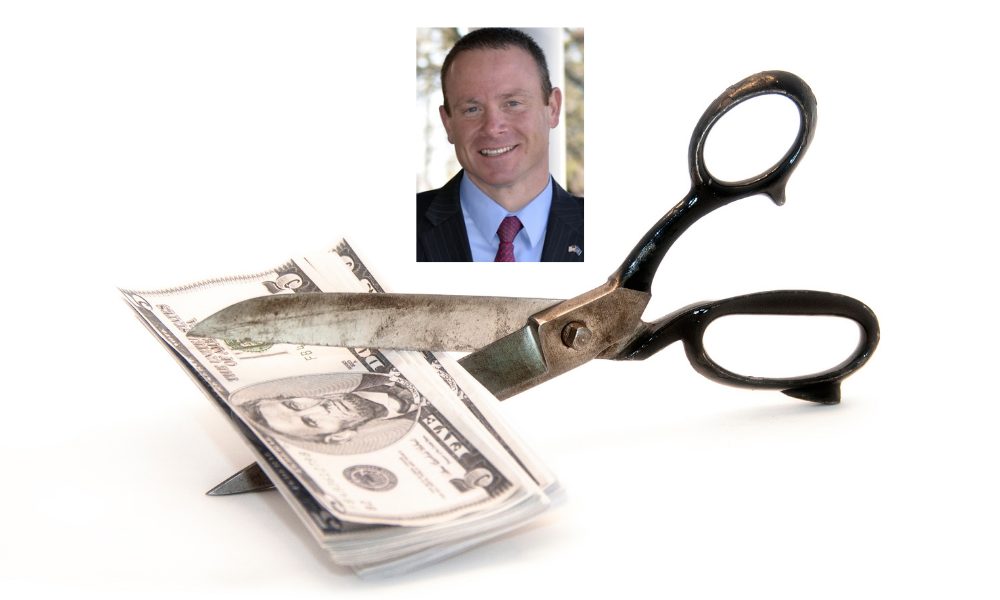 No matter where we go, it’s impossible to escape inflation. The gas pump. The grocery store. The Christmas tree farm. No matter how uncomfortable or politically inconvenient, it’s an inevitable truth that everything we buy these days costs more.

Except, it is politically inconvenient for some to admit the fact that higher wages, stimulus checks and work bonuses – if you received any of those – somehow haven’t kept pace with rising prices. And denying the facts leaves those people no other option than to claim a conspiracy aimed at derailing President Joe Biden’s multi-trillion dollar social spending spree.

Yes, that’s a defense against those higher prices you see staring back at you from the grocery store shelves. First this inflation was supposed to be transitory, the result of pandemic-squeezed supply chains driving the price of goods skyward that would eventually unravel itself. Then it became a sign of growth, of positivity, of a nation roaring back to life after a once-in-a-century virus ground civilization to a halt for more than a year.

Now, as Americans struggle with the cost of food and electricity, policymakers and pundits alike, often without a shred of fiscal acumen, insist the concern about inflation has turned hysteric. It’s only bad news for the 1%, The Intercept says. It’s scaremongering, says The Washington Post. Sure, the consumer price index’s year-over-year spike may be the highest we’ve seen in 30 years, but really it’s not hurting the workers as much as it is the employers, says Vox.

Meanwhile, we brace for double digit energy price increases this winter. Manufacturers say supply chain disruptions will last deep into 2022. And the Biden spending plan, with its deceptive $1.7 trillion price tag, threatens to plunge us into a dreaded inflationary spiral that some of the most powerful people in this country refuse to even acknowledge, let alone prevent.

One need look no further than Pennsylvania’s own governor, who in the twilight of his reign spends a lot of time berating Republicans for balking at demands to double the minimum wage or spend COVID relief money like it’s going out of style.

Democrats here in Harrisburg and 120 miles away on Capitol Hill beat the same drum ad nauseum. The subtext of the criticism never changes: money will solve all of society’s problems and Republicans are too selfish to do anything about it.

It’s easy to paint Republicans as cartoonishly greedy budget hawks when you leave out the effects of reckless spending – a budget hole so cavernous that no accounting gimmick on earth could ever hope to fill it.

The last thing any of us need is more economic policies built on delusions of grandeur. It’s time Gov. Tom Wolf and his likeminded allies, whether in the state or in Washington, acknowledge the mess they’ve made for millions of Americans, many of whom saw their lives crumble under the weight of draconian shutdowns and economic sanctions that lasted far too long.

Higher wages mean nothing when the value of the dollar continues to diminish. We must find a way to encourage economic growth and opportunity that doesn’t rely on massive, unsustainable government spending. What happens when those extra dollars stop coming? The very people these programs are meant to help will pay the highest price.